UN officials have described the FSO Safer, an aging vessel that contains 1.14 million barrels of light crude oil, as a ticking time bomb. 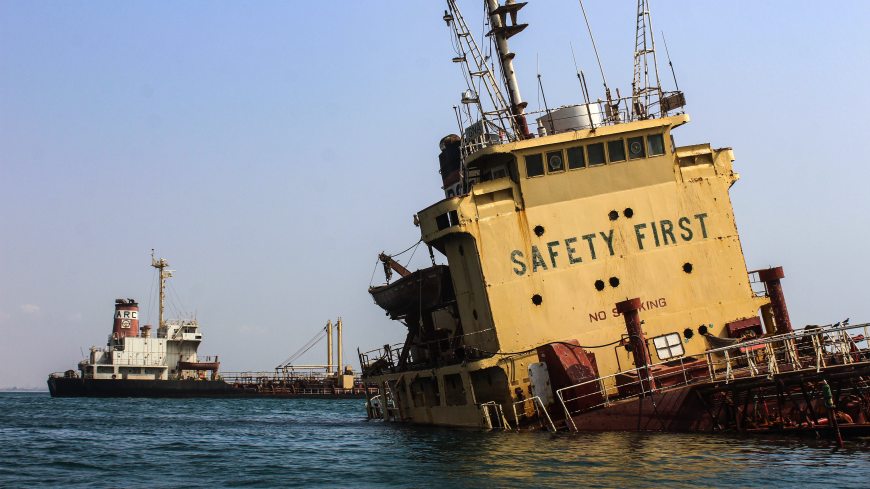 A picture taken on Sept. 26, 2019, shows a view of the Yemeni-flagged oil tanker Rudeef GNA sinking in the waters off Yemen's second city and port of Aden. Four ships belonging to Aden Refinery have been inoperative for nearly nine years and were towed out of the refinery assets in 2014 out of fear of sinking. - SALEH AL-OBEIDI/AFP via Getty Images

Saudi Arabia told the United Nations an “oil spot” has been discovered off Yemen’s western coast near an aging oil tanker, heightening the risk of a major humanitarian and economic catastrophe should the vessel leak, Reuters reports.

The FSO Safer, a dilapidated ship stranded about 37 miles north of Yemen's port city of Hodeidah, contains 1.14 million barrels of light crude oil and holds the potential to unleash four times as much oil into the sea than was spilled from the Exxon Valdez tanker in 1989, the United Nations says. The Houthi rebel group hasn't performed maintenance on the vessel since seizing it from the government in 2015.

The Iran-aligned group has repeatedly prevented the UN from sending inspectors to conduct an independent assessment of the vessel. In May, seawater leaked into the Safer’s engine room, risking an explosion before it was patched by a team of divers.

In a letter to the UN Security Council seen by Reuters, Saudi Arabia’s UN Ambassador Abdallah Al-Mouallimi said Wednesday experts had discovered 31 miles (50 kilometers) west of the Safer that “a pipeline attached to the vessel is suspected to have been separated from the stabilizers holding it to the bottom and is now floating on the surface of the sea.”

For more than half a decade, Yemen has been embroiled in a war pitting the Houthis against a Saudi-led military coalition fighting to restore Yemen’s internationally recognized government. The conflict has created what the United Nations says is the world’s worst humanitarian crisis, with some 80% of the population in need of humanitarian assistance.

Should the Safer leak, it could exacerbate the already dire humanitarian situation. The United Nations estimates that in a worst-case scenario, a spill would force a six-month closure of the Houthi-controlled Hodeidah port and cause a 200% spike in fuel costs.

The cost of food, 90% of which Yemen imports, would double at a time when more than 20 million Yemenis are already food insecure. The port of Hodeidah, through which most UN food deliveries arrive, would likely close for months in the event of a spill.