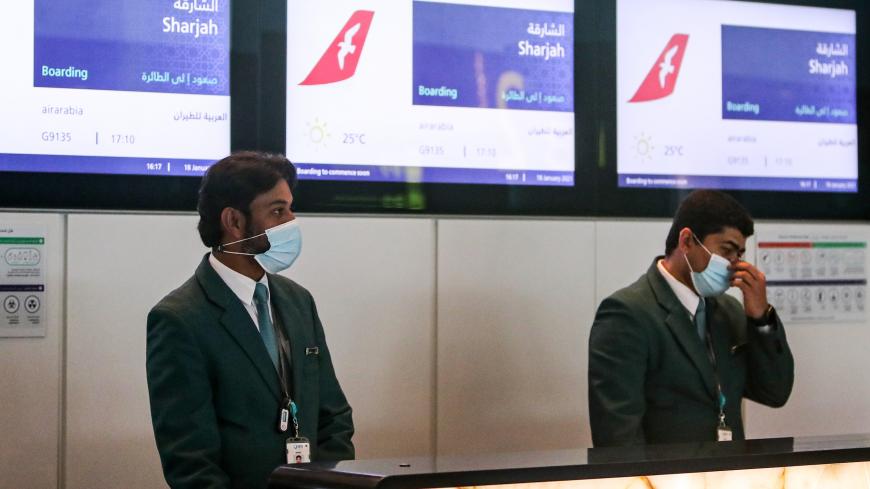 Mask-clad employees of Air Arabia wait to assist passengers board the first flight to Sharjah after the resumption of air travel between Qatar and the United Arab Emirates, at Qatar's Hamad International Airport on Jan. 18, 2021. - KARIM JAAFAR/AFP via Getty Images

The United Kingdom banned entry from the United Arab Emirates on Friday as coronavirus cases rise significantly in the Gulf state.

The decision means travelers cannot enter the United Kingdom from the Emirates. UK and Irish citizens and UK residents are exempt, but must quarantine for 10 days. There is also now a ban on direct passenger flights from the Emirates, the BBC reported on Friday.

The UAE is experiencing a relatively large outbreak of COVID-19. On Friday, the country registered a daily record 3,962 new cases, according to the Ministry of Health and Prevention. The United Kingdom is also struggling to contain the virus at present, including its new variant.

The British government ban is a blow to the UAE’s efforts to maintain its tourism economy. The UAE was the most popular long-haul destination from the United Kingdom in November, according to the BBC. That month, the United Kingdom added the UAE to its “travel corridor” list, meaning travelers coming from the Emirates did not need to quarantine.

That list is now suspended, and anyone entering from outside the United Kingdom or Ireland must now isolate for 10 days. Travelers who were in the list of banned countries — including the UAE — in the last ten days cannot enter at all.