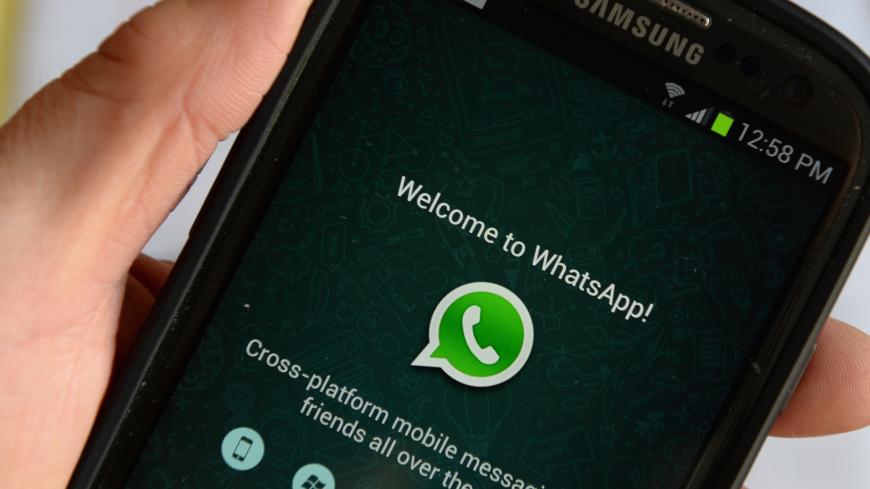 ISTANBUL — Turkey’s Competition Board launched an antitrust investigation into Facebook and its popular messaging service WhatsApp Monday after the application updated its privacy policies and raised concerns among local users, many of whom sought alternative messaging services over the weekend.

In a statement, the Competition Board ruled that WhatsApp’s new usage requirements, which will allow the app to share more data with Facebook starting Feb. 8, should be suspended until the investigation is completed. The board stated it would assess whether the policy change violated Turkish competition laws designed to prevent companies from abusing positions of market dominance.

WhatsApp, which has over 2 billion users worldwide, issued a policy update last week in which users must agree to share their phone numbers and location data with its parent company Facebook for marketing purposes or lose access to the messaging service.

Yaman Akdeniz, a law professor at Istanbul Bilgi University and a founder of the Freedom of Expression Association, said Facebook would “have to comply” with the board’s suspension request.

“They are forcing the users to accept a dubious amendment that involves sharing and matching your personal data from WhatsApp with other Facebook companies,” Akdeniz told Al-Monitor. “The threat is that if you do not accept the changes, then you cannot use the service any longer after Feb. 8. This is at the very least blackmail and not acceptable."

Will Cathcart, head of WhatsApp at Facebook, responded to such criticism in a Twitter thread Saturday, stating the messaging service would continue to provide end-to-end encryption on private communications. Instead, Cathcart said the updated terms reflected new online shopping and payment features on WhatsApp designed to facilitate customer to business communications.

“It's important for us to be clear this update describes business communication and does not change WhatsApp’s data sharing practices with Facebook,” Cathcart said in a tweet. “It does not impact how people communicate privately with friends or family wherever they are in the world.”

Though some digital media experts noted WhatsApp has shared users’ data with Facebook since 2016 unless they chose to opt out, the new terms sparked backlash among Turkish officials and citizens. Social media hashtags such as #WhatsAppSiliyoruz ("We are deleting WhatsApp") trended over the weekend in Turkey.

Over the same period, downloads surged for competing services such as Signal and Telegram, prompting the latter to post celebratory memes on Twitter. Meanwhile, Turkish Presidential Digital Transformation Office head Ali Taha Koc urged citizens to switch to Turkish-made messaging apps, such as BiP and Dedi.

Citing disparities in WhatsApp’s data collection terms for European users and those applied to the rest of the world, Koc said Turkish citizens should stand against “digital fascism” and remove the app from their devices.

“We need to protect our digital data with local and national software and develop them in line with our needs,” Koc said in a tweet, adding in another tweet that BiP and Dedi had more to offer than foreign messaging services.

In the last three days, 4.6 million new users joined the BiP app, according to a statement Monday by its parent company Turkcell, the nation’s largest cellphone operator. In June 2020, the Turkey Wealth Fund took a majority stake in Turkcell.

Prior to the latest developments, BiP had been downloaded 53 million times and had 10 million active monthly users. Over the weekend, several state ministries and offices announced they would begin using BiP instead of WhatsApp. Among them was the Presidential Communications Directorate, which on Jan. 10 said it would use the Turkish app to communicate with journalists.

Amid the mass move to BiP, which saw Turkcell stocks rise as much as 3%, digital rights activists have raised concerns over the privacy policies offered by the messaging app, noting its user terms were not necessarily more secure than those offered by WhatsApp.

“BiP doesn’t use end-to-end encryption, which gives them the power to collect users’ chat data along with their phone number, contact list and location,” Isik Mater, research director at Turkey Blocks, a nonprofit organization that tracks online censorship, told Al-Monitor.

Mater added she had seen many false rumors regarding the WhatsApp policy update, including misguided fears the app would have access to personal bank account information among other user data. She also noted that many Turkish users, like others around the globe, felt betrayed by the new user terms.

At the same time, Mater said mistrust of alternative messaging apps runs high in Turkey, particularly after a 2016 coup attempt resulted in mass arrests in which suspects’ use of a clandestine messaging app often served as evidence for membership of the group behind the putsch.

“As a result, there is a sense that there’s nowhere to go, which will likely fuel marketing and investment in domestic alternatives like BiP in the coming days,” Mater concluded.