Signal has experienced an increase in downloads in the region following competitor WhatsApp's user requirements update. Internet is heavily restricted in Iran. 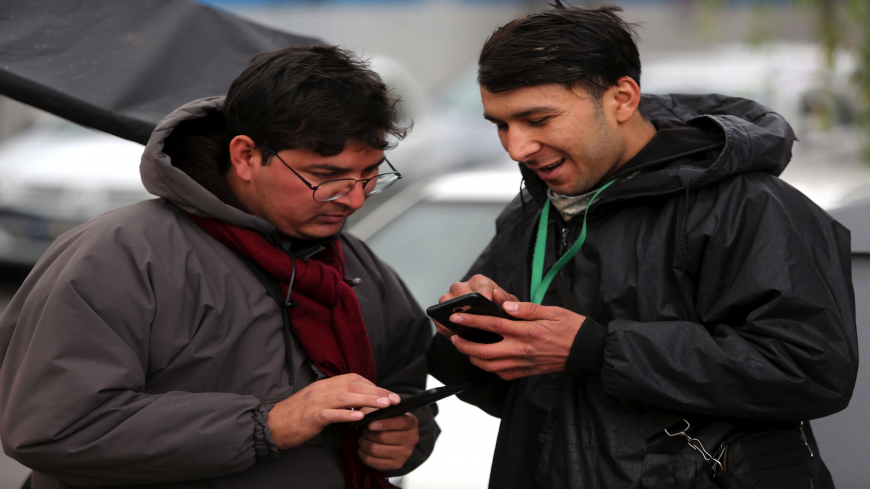 A bike-delivery food messenger stands next to another man as they both use smartphones along the side of a street in the Iranian capital Tehran on November 23, 2019. - Iranians have been struggling to adjust to life offline almost one week into a near-total internet blackout imposed amid violent demonstrations that has forced some to resort to old ways to get by. - ATTA KENARE/AFP via Getty Images

Iranians are unable to access the encrypted messaging service Signal.

On Monday, Signal said that Iranian authorities blocked the use of the app in the country.

“Unable to stop registration, the IR censors are now dropping all Signal traffic,” said Signal in a statement on Twitter.

Signal is a mobile messaging application that offers end-to-end encryption. It is commonly used by journalists, activists and others in the Middle East who do not want their communications monitored by a state.

Signal has seen an increase in downloads since the highly popular encrypted messaging app WhatsApp updated its usage requirements. The pending change will result in WhatsApp sharing more data with its owner, Facebook. This prompted people in the region to switch to its competitors like Signal and Telegram as well. Telegram, which has some typical social media capabilities such as subscriptions to channels, is also popular in Iran.

In its statement, Signal said that the blockage happened after an increase in Iranians registering for the app. Signal has vowed to try and enable Iranians to use the app again.

“Iranian people deserve privacy. We haven't given up,” said the company.