Turkey’s Interior Ministry announced the deportation Wednesday of two suspects from Ukraine over alleged ties to a terror group in what human rights advocates condemn as illegal renditions without due process. 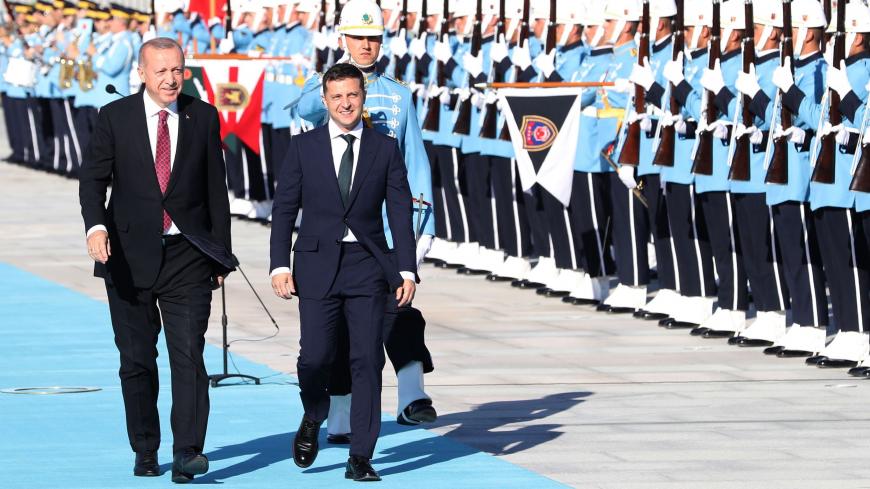 Salih Fidan and Samet Gure were arrested while trying to illegally cross the Ukraine-Poland border, according to the ministry, which alleged the pair were senior members of an organization led by Fethullah Gulen, an exiled Turkish cleric who is accused by Ankara of fomenting a 2016 coup attempt in Turkey.

Both Turkish citizens, Fidan and Gure are suspected to have served as “chief” operators for the Gulen organization in Iraq, according to the ministry. A Turkish court issued arrest warrants for the suspects on charges of membership in an armed terrorist organization and their cases are being processed at the Public Prosecutor's Office in Ankara.

Shortly after the failed 2016 coup, Fidan reportedly fled with his wife to Baghdad, where he worked at a Gulen-linked university. According to pro-government news reports, Gure “actively served” the Gulen organization while working as a physics teacher in Erbil and allegedly had a Bank Asya account in Turkey, all of which Ankara considers evidence of membership in the terror group.

Human rights advocates condemned the deportations of Fidan and Gure as “illegal,” stating their renditions violate international non-refoulement principles, which forbid governments from transferring individuals to countries where they are at risk of persecution or mistreatment.

“Expelling two individuals without due process of law is a flagrant breach of Ukraine’s obligations under the Convention against Torture and Other Cruel, Inhumane or Degrading Treatment or Punishment,” Ali Yildiz, a human rights lawyer based in Brussels, told Al-Monitor.

Nate Schenkkan, director for special research at Freedom House, said the deportations also raise concerns over whether the suspects had access to legal counsel and a transparent extradition process.

“Someone vanishes off a street and within 24 hours they’re in Turkey and there’s a press release from Anadolu Agency. … That’s a really clear sign that something illegal happened,” Schenkkan told Al-Monitor.

According to the most recent public figures from Turkey’s Justice Ministry on extradition requests involving alleged Gulen supporters, 116 of 807 wanted suspects had been transferred to Turkey from 27 countries as of July 2020. Among those sought for extradition is Gulen himself, who has lived in exile in the United States since 1999.

Countries that have refused Turkish extradition requests include Bosnia, Brazil, Greece, Germany, Montenegro, Poland, Romania and the United Kingdom, according to a 2020 report by the Arrested Lawyers Initiative.

Schenkkan said Ukraine has deported five suspects to Turkey in recent years, including a former member of the now-dissolved pro-Kurdish Peace and Democracy Party in September 2020. He noted extradition requests are playing an increasingly prominent role in Ankara’s foreign relations.

“It’s in the highest levels of engagement with these countries in terms of what the asks are, and this is the result. A lot of countries are willing to hand people over,” Schenkkan told Al-Mointor.

He added, “In every case where we have enough information to [assess the rendition] there’s cooperation from that country. These people are getting no deportation proceedings in many cases. Or the ones they’re getting are completely fake.”

Huseyin Konus, director of the Institute for Diplomacy and Economy and a former Turkish diplomat, criticized the Ukrainian government’s fulfillment of the deportation requests as a “clear” violation of international law, referencing a November 2020 decision by the United Nations Working Group on Arbitrary Detention, which found the rendition of Turkish citizens from Kosovo and Malaysia to Turkey were infringements on their rights.

Konus said the transfer of two Turkish citizens from Ukraine not only contradicts established international accords, but it is “highly likely” the suspects will face serious consequences in the Turkish justice system.

“I worked for more than 12 years for the Turkish Foreign Ministry. … I do not remember any incidents where Turkey has violated international law this abruptly,” Konus told Al-Monitor.

He added, “The Turkish Foreign Service is nowadays mostly busy with spying on critics abroad, labeling them and revoking their passports without applying proper procedures.”

The 2016 coup attempt in Turkey resulted in the death of more than 250 people and has since shaped much of the nation’s domestic and foreign policies. In the aftermath of the failed putsch, tens of thousands of Turkish citizens suspected of Gulen links were dismissed or prosecuted and new arrest warrants continue to be served weekly over alleged affiliation with the terror group.