A large number of Turks feel deep animosity toward the United States, and as sense of just desserts prevails as the world reels from yesterday's rioting in the Capitol. 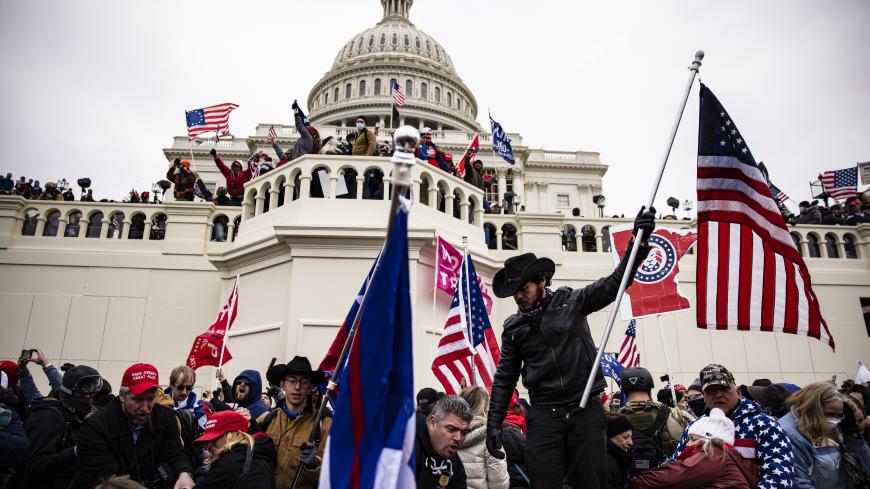 “America is burning,” reads a top trending hashtag in Turkey following the storming of the Capitol building by supporters of outgoing President Donald Trump — an expression not of alarm but rather of widespread schadenfreude. A large number of Turks feel deep animosity toward the United States. For many, America is getting its just desserts for the decades of humiliation it's inflicted on other weaker states. Images of Trump supporters in their outlandish outfits and the Statue of Liberty on life support making the rounds on social media were hailed with mockery and glee. “The curses of the children you slaughtered are yet to take effect,” read a typical tweet.

The sentiments are not unusual in much of the Middle East, where US military intervention and Washington’s unconditional support for Israel have earned it many enemies. But in Turkey, feelings are particularly raw over America’s perceived support for rogue officers who unsuccessfully sought to bloodily overthrow the country’s elected President Recep Tayyip Erdogan in 2016, a theory that’s been propagated by the country’s hawkish Interior Minister Suleyman Soylu. Then there are the US sanctions that were slapped on Ankara in December over its purchase of Russian S-400 missiles plus the Pentagon’s support for Syrian Kurdish fighters Ankara calls terrorists.

In the inverted world of Turkish conspiracy theories, some detected parallels between Trump and Erdogan, in which both were portrayed as victims. Sympathy for Trump stems from the latter’s overt admiration for a fellow populist. The outgoing US president has shielded the Turkish leader from a slew of draft sanctions for much of his term. Might Twitter suspend Erdogan’s account as it had Trump’s, mused Sabah columnist and ardent Erdogan supporter Hilal Kaplan. Were there certain forces, read Turkey’s toothless opposition parties, who might reject the results of any election they lost? And the subtext: Would social media giants like Twitter ride to their rescue?

Turkey’s parliament speaker Mustafa Sentop was not immune to the schadenfreude. He invited “all parties in the US to use moderation, common sense to overcome this domestic political crisis.” His concern proved too much for Samantha Power, the Barack Obama administration’s former ambassador to the United Nations. “Erdogan [and] leaders like [Vladimir] Putin [and] Xi [Jinping] have waited a long time to issue statements like this,” she tweeted.

We are simply “returning the favor” Samantha. Turkey has a lot to teach you about coups thanks to the U.S. but Erdogan successfully overcame the last one which must be hard on you.

By the way, how is “restoring democracy in Egypt” going? https://t.co/ozHP78VdnI

Kaplan hit back. “We are simply ‘returning the favor’ Samantha. Turkey has a lot to teach you about coups thanks to the US. But Erdogan successfully overcame the last one which must be hard on you.”

Trump supporters have stormed Capitol Hill, among them the Proud Boys. We speak exclusively to the group's leader Enrique Tarrio.

Our show is coming soon on TRT World pic.twitter.com/F5GphFZIO9

“For the Turkish government like other authoritarian regimes, it’s been a welcome chance for whataboutism,” observed Nicholas Danforth, a senior research fellow at the Hellenic Foundation for European and Foreign Policy, an Athens-based think tank.

"For many other people who’ve watched decades of often arrogant, often hypocritical American lectures about democracy, it’s an understandable occasion for schadenfreude,” he told Al-Monitor. “But it’s also worth noting,” he added, “that some of the progressive voices and human rights NGOs that have been most critical of authoritarianism in Turkey have also been the most alarmed about the situation in the United States.”