Anthony Tata sat down with Prince Khalid bin Salman on Thursday, but details of the discussion remain unclear. 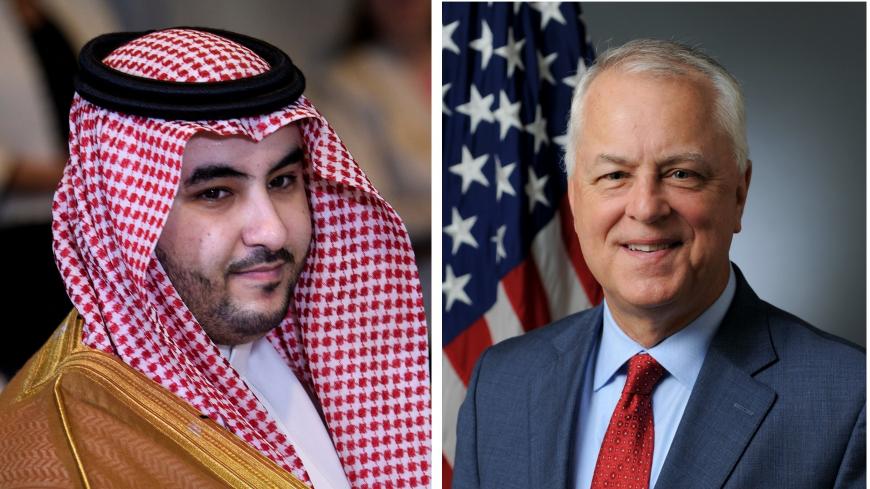 Details of the conversation were not immediately clear. A spokesperson for Tata’s office was unable to offer comment by publication time.

The visit came as the outgoing administration of US President Donald Trump pushes last-minute weapons sales to Riyadh before Joe Biden takes office Jan. 20. Biden has promised a tough stance on Saudi Arabia, threatening to halt US arms sales to the kingdom and end US support for its effort in Yemen’s civil war.

Tata, widely seen as a Trump loyalist, was nominated to be the Pentagon’s policy chief last year but was never confirmed by the Senate. He rose to perform that role anyway amid a White House shake-up of Pentagon leadership that saw political allies of the president installed in senior positions in November.

Tata’s visit to Riyadh came as the United States dispatched yet another pair of nuclear-capable B-52 Stratofortress bombers over the Middle East, the fourth such mission in just two months. The aircraft departed Minot Air Force Base in North Dakota for Jordan on Wednesday before linking up with F-15s of the Royal Saudi Air Force.

The deployment was the latest sign that Washington is following through on its warnings to Tehran not to act on promises of revenge around the anniversary of the US assassination of Iranian Quds Force commander Maj. Gen. Qasem Soleimani in Baghdad last year. The recent overflights coincided with the redeployment of the supercarrier USS Nimitz to the region and the arrival of a guided-missile submarine, the USS Georgia, to the Persian Gulf.

Saudi Arabia and Israel have both contributed to the show of force, which follows calls for revenge by the Islamic Republic’s supreme leader, Ali Khamenei, over the assassination of a senior Iranian nuclear scientist in November. Officials in Tehran have accused Israel of being behind the roadside ambush.

The Trump administration has rallied Middle Eastern leaders to establish ties with Israel as Washington bears down on the Iranian economy and Tehran's proxies abroad in hope of rolling back the Islamic Republic’s influence.

Tata visited the Maldives earlier this week to build on a joint defense cooperation agreement signed in September.