Israeli intelligence warned a prominent Hamas leader in the West Bank against running in the Palestinian elections. 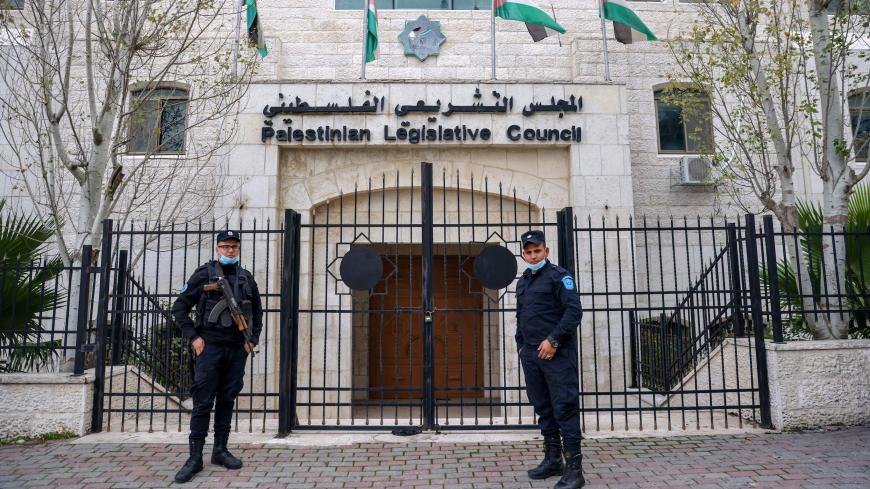 GAZA CITY, Gaza Strip — The Israeli intelligence summoned Jan. 24 Omar al-Barghouti, a 67-year-old leader in the Hamas movement, from the village of Kober, north of Ramallah, and warned him against running in the upcoming Palestinian elections.

Fifteen years since elections were last held in the Palestinian territories, Palestinian President Mahmoud Abbas issued a decree Jan. 15 setting the dates for general elections, beginning with the legislative elections on May 22.

Barghouti told Al-Monitor, “I received a call from the Israeli intelligence to show up to the Ofer prison, and when I came, the Israeli officer warned me not to run in the upcoming elections and threatened me with imprisonment if I did.”

He said the officer told him, “You are old and sick, but you pose greater risk to us than those who carry weapons because you are not just a leader in Hamas. You are Hamas.”

Barghouti added, “I told the officer that the Israeli occupation will not prevent Palestinians from choosing their parliament representatives, nor will it be able to prevent anyone from running in the elections.”

The summons came 18 days after his release from Israeli prisons. Barghouti had spent nine months in administrative detention without being charged.

Barghouti has spent about 28 years in Israeli prisons altogether because of his affiliation with Hamas. He is one of the most prominent figures of the movement in the West Bank, and he is widely popular among Palestinians. His son Saleh was shot dead by Israeli forces on Dec. 12, 2018, and his other son Assim was arrested and sentenced to life imprisonment four times over for carrying out a shooting attack in eastern Ramallah on Dec. 13, 2018.

Barghouti is also the brother of Nael Barghouti, the oldest Palestinian prisoner in Israel. His 40-year sentence will be completed next year.

Barghouti said that Israel is warning Hamas figures not to compete in the voting “to bring the movement down and ensure that it will not succeed in the upcoming elections” as well as entrench the political and geographical division between the West Bank and the Gaza Strip.

The Hamas movement won the last parliamentary elections held in 2006. It secured 76 parliamentary seats out of 132 of the Palestinian Legislative Council, while Fatah won 43.

In the aftermath Israel began arresting Hamas leaders, ministers and representatives in the West Bank, targeting 62 people including six ministers and 20 PLC members.

Currently 10 members of the PLC are detained in Israeli prisons, including prominent Hamas leader Hassan Yousef, who won 37,000 votes, the highest of any electoral candidate in the city of Ramallah, the seat of major Palestinian Authority institutions.

Asked whether he intended to run in spite of the threat, he said, “It is still premature to talk about whether or not I will run, but should I decide to do so, Israel won’t stop me.”

A prominent Hamas leader from the West Bank told Al-Monitor on condition of anonymity that Hamas is seeking guarantees from several countries, particularly Qatar and Egypt, to ensure that Israel will not pursue its representatives and candidates in the upcoming elections.

The source pointed out that the Hamas leadership “will soon send letters to the European Union, in its capacity as the supervising and monitoring authority of the upcoming elections, to obtain such guarantees,” adding, “With or without these guarantees, we will strongly participate in these elections because the Palestinians have the right to choose their representatives and candidates and show them to the world.”

Hassan Khreisheh, second deputy speaker of the PLC, told Al-Monitor, “Barghouti’s threat conveys a message to all Hamas leaders that they will be pursued and thrown in prison if they think about running in the elections.”

Khreisheh stressed that the Palestinian elections need Arab and international guarantees that Israel won’t sabotage them by arresting candidates. He expects Israel to arrest more Hamas leaders and candidates in the West Bank in the coming days and weeks to limit their participation in the elections.

Adel Samara, a political analyst and writer for Kanaan Magazine published in Ramallah, said it's unlikely that international pressure could ensure that Israel would not interfere in the Palestinian electoral process.

He said that Israel can affect the size and popularity of Hamas in the upcoming elections by detaining the movement's top figures and preventing them from taking part. He also said that such measures could backfire and increase the movement’s popularity on the Palestinian street, leading Palestinians to vote for it in defiance of Israeli persecution.

Talal Okal, political analyst and writer at the Palestinian al-Ayyam newspaper, told Al-Monitor that Israel is not the only state worried about another Hamas win. “The international community encourages Palestinian elections to be held, but is also be concerned over the possibility of Hamas winning or participating in any new government.”

Okal said that the international community wants such elections to produce a new Palestinian leadership that recognizes and accepts Israel in order to move forward with the peace process and put an end to the Palestinian-Israeli conflict.