Lebanese state media said the international police organization has issued Red Notices for the owner and captain of a ship that brought tons of ammonium nitrate to Beirut years before last August's tragic explosion. 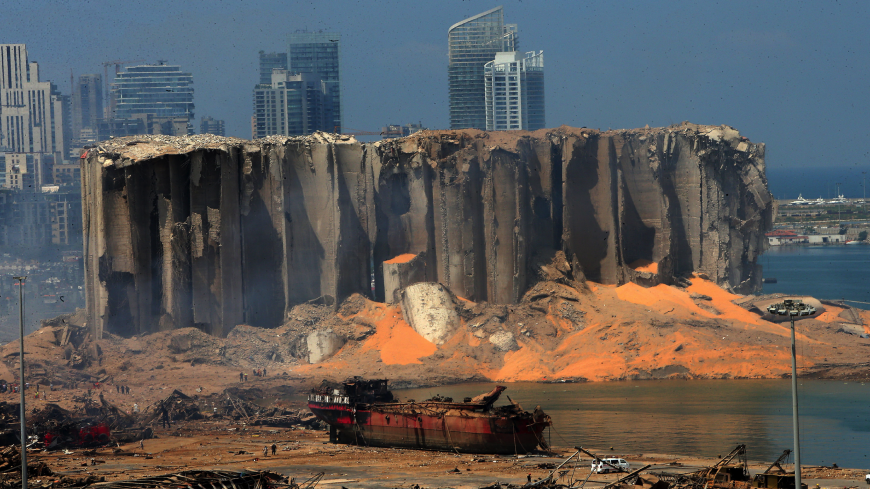 A picture taken on Aug. 5, 2020, shows the damaged grain silo and a burnt boat at Beirut's harbor, one day after a powerful twin explosion tore through Lebanon's capital, resulting from the ignition of a huge depot of ammonium nitrate at the city's main port. - STR/AFP via Getty Images

The Lebanese government said on Tuesday that Interpol has issued requests for the detainment of three men allegedly involved with the chemical supply that exploded in Beirut’s port last year.

The state-run National News Agency reported that the International Criminal Police Organization, as it is also known, issued Red Notices for the Russian captain and the Russian owner of the ship that reportedly brought 2,750 tons of the flammable fertilizer ammonium nitrate to Beirut’s port in 2013. They also issued a notice for a Portuguese merchant who discovered the nitrate in a Beirut warehouse in 2014, according to the agency.

Last August, the nitrate caught fire in the capital city’s port and then exploded, killing more than 200 people and severely damaging the area. The tragic blast exacerbated the political, economic and COVID-19 crises in Lebanon. The government launched an investigation into the explosion with assistance from the US government.

Interpol is an international organization that facilitates police cooperation across different countries. Its Red Notices are a nonbinding request to law enforcement to provisionally arrest individuals.

Al-Monitor could not locate the shipowner, captain or merchant in Interpol’s Red Notice database. An Interpol spokesperson told Al-Monitor that the organization does not comment on the existence of Red Notices for individuals. National News Agency reported that Lebanese Judge Ghassan Khoury saw a copy of the notice. The Lebanese government asked Interpol to issue arrest warrants for the owner and captain in October.