Lebanese authorities say the cargo ship carried the stockpile of ammonium nitrate to the port in 2013. 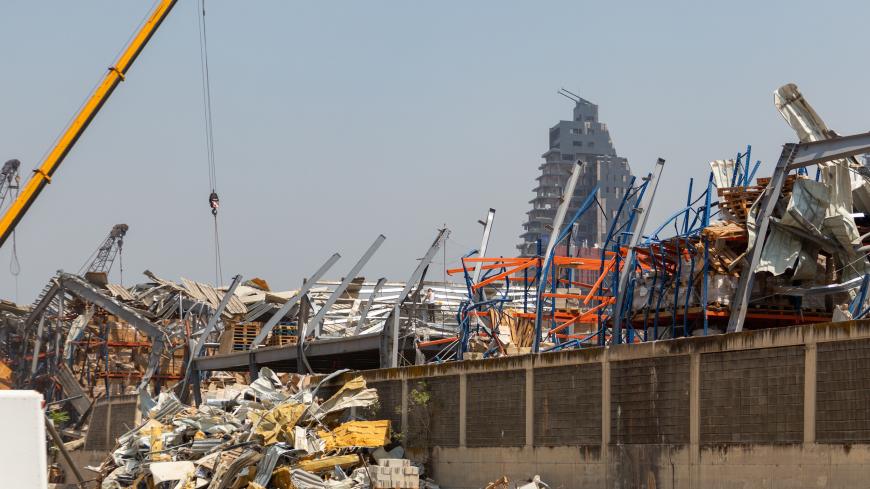 Bound for Mozambique in 2013, the MV Rhosus cargo ship stopped at the Beirut port with 2,750 tons of ammonium nitrate on board. After failing to pay port docking and other fees, the Rhosus was impounded and the next year its cargo was unloaded and stored in the port’s Warehouse 12.

Lebanese authorities determined that the improperly stored highly explosive chemical, which is often used in fertilizers, was responsible for the explosion that ripped through the city on Aug. 4 and left a quarter of a million residents without homes. The blast gutted entire neighborhoods and damaged some 8,000 structures.

Lebanon’s state prosecution asked the international police organization Interpol to arrest the owner of the Rhosus and its captain, according to Reuters, citing Lebanon’s National News Agency on Thursday.

The news agency didn’t provide names, but other news outlets identified Boris Prokoshev as the ship’s captain in 2013, and he named Russian businessman Igo Grechushkin as the shipowner. After a request from Interpol Lebanon in August, Cypriot police questioned Grechushkin over his role but did not take him into custody.

Lebanese authorities say the massive stockpile of ammonium nitrate that set off the explosive was stored improperly at the Beirut port for years. Nearly 20 people, including port and customs officials, have been detained in connection with the blast, Reuters reports.

Under pressure from accusations of corruption and mismanagement, Lebanon’s government resigned shortly after the blast. Within weeks, the president tapped a little-known diplomat, Mustapha Adib, to serve as prime minister-designate.