Protesters demanding an end to the lockdown set fire on Thursday night to several buildings in the impoverished city of Tripoli. 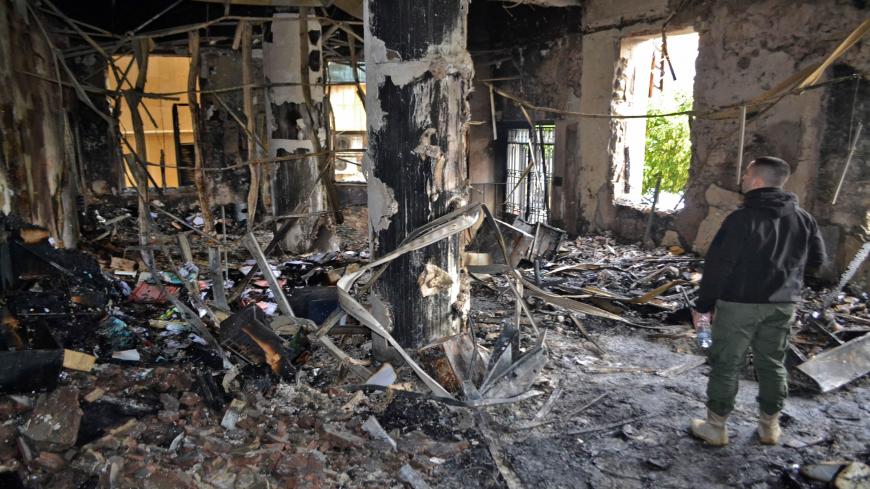 Lebanon’s leaders have denounced the violence that gripped the northern city of Tripoli overnight Thursday, following days of clashes between protesters and police.

For the past week, residents of one of Lebanon’s most impoverished cities have taken to the streets, pressing for an end to the 24-hour coronavirus lockdown that has worsened already dire economic conditions across the country. The unrest escalated on Thursday night, with a mob of protesters setting fire to the Tripoli municipal government building.

Caretaker Prime Minister Hassan Diab said condemnation is not enough, pledging to have the “criminals” arrested “one by one” and referred to the judiciary.

“The criminals who torched the Tripoli municipality, attempted to set ablaze the Sharia Court and wreaked havoc in the city … have expressed deep hatred against Tripoli,” he said in a statement.

Lebanon’s Internal Security Forces, which accused the rioters of throwing rocks and hand grenades in their direction, fired tear gas to disperse the crowds. The Lebanese Red Cross tweeted that six people had been taken to the hospital on Thursday.

The day before, Omar Tayba, 29, died from a gunshot wound sustained watching the protests, his brother said. More than 220 people, including more than two dozen police officers, have been injured in the clashes this week, the state-run National News Agency reported.

Human Rights Watch researcher Aya Majzoub called for Lebanon’s authorities to launch an independent investigation into Tayba’s death and to release the findings to the public.

“I have no words to express the shock, anger, sadness,” she tweeted. “The government neglected the needs of Tripoli’s people and used brute force to silence them when they dared demand a better life."

Earlier this month, Lebanon declared a state of emergency and a round-the-clock curfew — its third this year. The coronavirus pandemic, which has killed more than 2,500 people in Lebanon, has overwhelmed hospitals already short on beds and resources.

The new lockdown measures come as the small Mediterranean country is experiencing its worst financial crisis since the 1975-1990 civil war. The Lebanese pound has lost more than half its value since October 2019, when protests first erupted over high youth unemployment, perceived government corruption and a lack of basic services.

The massive explosion at Beirut’s port in August caused as much as $4.6 billion in damage to the city’s infrastructure, compounding Lebanon’s economic problems.

Lebanese President Michel Aoun met with National Defense Minister Zeina Akar on Friday to discuss the security situation in Tripoli, his office said. The president “requested an investigation into the circumstances of what happened and the strict pursuit of perpetrators who have infiltrated peaceful demonstrators.”