Israel’s UN envoy takes second role as ambassador to US 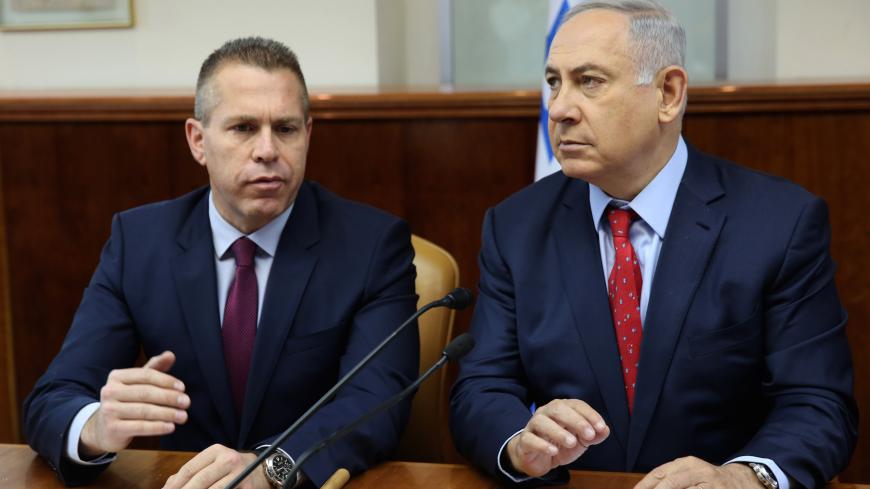 Israel's UN envoy Gilad Erdan took on a second role today as the country’s ambassador to the United States. Erdan is expected to shuttle between New York and Washington, serving in the two positions simultaneously.

Erdan was nominated for both positions last May in a surprising and exceptional decision by Prime Minister Benjamin Netanyahu. At the time, Erdan was a popular outgoing public security minister. Netanyahu was in the process of establishing the unity government with the Blue and White Party and other political partners. He had too many Likud candidates for just a handful of portfolios. Nominating Erdan as ambassador was a win-win situation for Netanyahu, even at the price of two ambassadorial posts.

The deal was for Erdan to start as envoy to the United Nations last summer, taking over as ambassador to the United States later on, after the inauguration of the new American president. Netanyahu wanted to keep Ambassador Ron Dermer — his own man in Washington — until the end of President Donald Trump’s term.

Dermer had been nominated in 2013, serving an unusually long period (prolonged again and again at Netanyahu's request) of almost eight years. He is considered an especially close associate of Netanyahu and also of several Republican leaders and former White House seniors. Netanyahu and Dermer have often been accused of tampering with the traditional American bipartisan support for Israel for the sake of friendship with Trump.

An aid to Erdan told the press that in his new role, the ambassador will work to strengthen bipartisan support for Israel and reach out to various communities throughout the United States.

Israeli analysts believe that this changing of the guard should facilitate Israeli contacts with the new Biden administration, which is expected to work toward relaunching talks between Israel and the Palestinians.

Last week, Netanyahu advanced construction plans for some 800 new housing units in West Bank settlements. Recent reports claim that after approving these plans, Netanyahu also wanted to regularize six unrecognized West Bank outposts. The reports say that the initiative was thwarted by Defense Minister Benny Gantz and that the Foreign Ministry had voiced objections to the initiative a few days ago, warning against such a move right before Biden's inauguration. A senior Foreign Ministry official said such a move would be a "poke in the eye of the Americans."

In contrast, just hours before Biden’s inauguration, Israel issued contracts for the controversial Givat HaMatos housing project in east Jerusalem. UK Foreign Secretary Dominic Raab tweeted today, "The decision to proceed with new settlements in Givat HaMatos separates Palestinians in east Jerusalem from Bethlehem, and threatens the viability of a two-state solution." The United States had not reacted to the move at time of publication.