Israel appoints bipartisan negotiator as ambassador to US

Having served in a variety of military positions and as negotiator in several rounds of talks with the Palestinians and Arab countries, Israel’s next ambassador to the US Michael Herzog is widely hailed as the right person for the job. 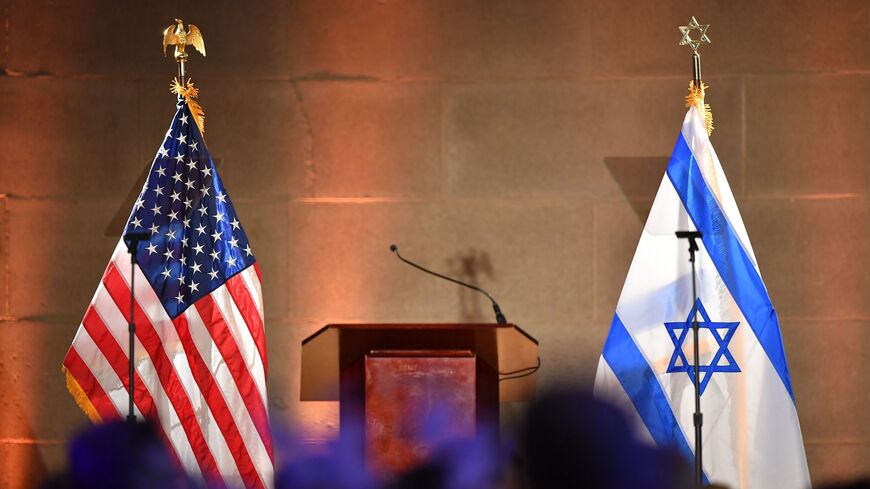 The US and Israeli flags are pictured at the Israeli Embassy's Independence Day Celebration at the Mellon Auditorium in Washington, DC, on May 22, 2019. - MANDEL NGAN/AFP via Getty Images

Prime Minister Naftali Bennett announced the appointment of Brig. Gen. (Ret.) Michael Herzog as Israel’s next ambassador to the United States Aug. 6. The cabinet approved the appointment Aug. 8 and Herzog will soon fly to Washington and take up the position already vacated after the elections by Ambassador Gilad Erdan. Under the Netanyahu government, Erdan served both as ambassador to the United States and as Israel’s envoy to the United Nations, and will not retain the latter position.

Legal agreements dating from the 1950s enable the foreign minister and the prime minister to appoint 11 people who are not career diplomats to diplomatic positions. Most governments have fully exploited the opportunity to appoint political figures to ambassadorial positions, such as Likud senior Carmel Shama Hacohen serving as ambassador to UNESCO and the OECD in Paris under the Netanyahu government. After returning to Israel, Shama Hacohen went back to politics and was elected mayor of Ramat Gan. Netanyahu appointed Likud senior Tzipi Hotovely Israel’s ambassador to London. Former Health Minister Yael German, of Yair Lapid’s Yesh Atid, was recently appointed Israel’s ambassador to Paris.

Over the years, this system drew much criticism. Critics claimed that several appointees were unqualified for the jobs; that diplomacy requires real experience and specific capabilities and that the system was weakening Israeli diplomatic service. There were cases of ambassadors who did not speak English well or were professionally unfit in other manners, even aside from political issues. In 2015, Brazil signaled to Israel it would reject the appointment of settler leader Dani Dayan as Israel’s next ambassador to the country. After several months of haggling, Israel gave up, and on March 2016 then-Prime Minister Benjamin Netanyahu announced he would make Dayan consul-general to New York.

The issue of political appointments is even more acute and sensitive in the case of Washington. The Israeli ambassador to the American capital is considered the prime minister’s man in Washington and his direct liaison with the White House. One of the most controversial examples was Ron Dermer, a close associate of Netanyahu. During his term, Dermer often communicated directly with the prime minister’s office, bypassing the Foreign Ministry. He was also considered close to the US Republican leadership, angering Democrats.

Herzog's appointment is not expected to draw such criticism. While he will be considered a political appointee, he is personally not affiliated with a political party in Israel and will remain in the post during not only Bennett's two-year term as prime minister, but also the next two years after current Foreign Minister Yair Lapid takes up the post in September 2023. The two evidently agree that Herzog is the right man for the position.

Michael Herzog is the brother of Israel’s President Isaac Herzog and the son of late President Haim Herzog. He served in the Israel Defense Forces for many years under Defense Ministers Ehud Barak, Amir Peretz, Shaul Mofaz and Binyamin Ben-Eliezer. From 2001 to 2004, Herzog served as senior military aide to the Israeli minister of defense, acting as the liaison between the defense minister, the IDF, the prime minister's office and the intelligence community. Since retiring from the IDF, Herzog has served as a senior fellow at the Jewish People Policy Institute and formerly as a research fellow at the Washington Institute for Near East Policy.

A professional negotiator and respected researcher, Herzog is a familiar figure not only in Washington but also in many European capitals. Over the years, Herzog has played a key role in the Arab-Israeli peace process. He began participating in Israeli-Arab talks in 1993, in his capacity as senior officer in the intelligence branch. He then continued participating in talks in different capacities long after retiring from military service in 2010. He has taken part in most of the negotiations with the Palestinians, the Jordanians and the Syrians, including the Wye Plantation summit, Camp David summit, the Taba negotiations with Egypt and the Annapolis summit. He was part of the Israeli team that negotiated with the Palestinians in 2013-2014 during Netanyahu’s third government, with US Secretary of State John Kerry mediating between the sides.

Still, despite Herzog not being affiliated with a political party, some legislators on the right and leaders of settlers criticized the appointment. Likud Knesset member Yoav Kisch and Religious Zionist Party Knesset member Orit Struck sent a letter to Bennett asking him to cancel the appointment and arguing that Herzog "actively supports the dangerous two-state solution."