Ron Dermer's appointment as Israel's next ambassador to Washington may be sending a signal to the Obama administration. 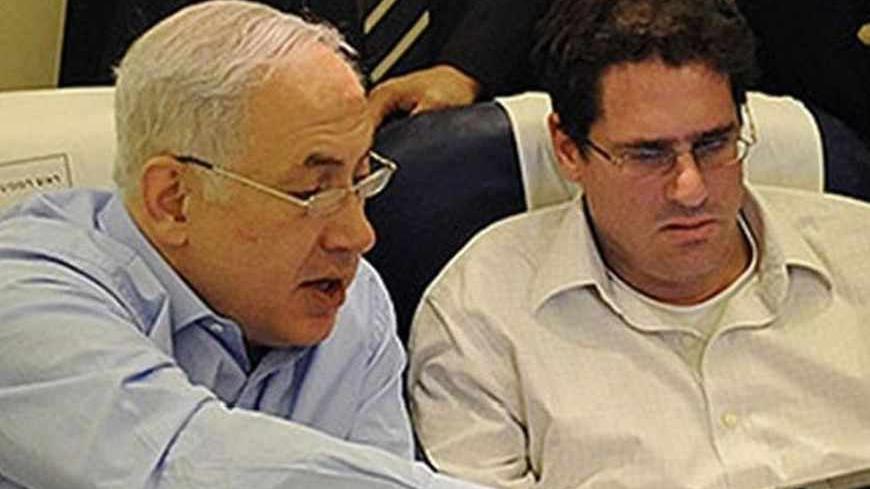 Ask yourself what Ron Dermer, adviser to Prime Minister Benjamin Netanyahu, would have said had the president of the United States appointed as his ambassador to Israel an Israeli émigré known for his leftist views, somewhere between left-wing Meretz and the communist/non-Zionist Hadash party. What would the pro-Netanyahu Israeli daily Yisrael Hayom have written if a senior White House adviser working to undermine Netanyahu’s re-election as prime minister had been named US ambassador to Israel? What would Deputy Minister of Transportation Tzipi Hotovely of the Likud party have had to say about President Barack Obama’s choice of a senior official who had been involved in the invitation of a rival party leader to a much-publicized Washington visit at the height of the Israeli election campaign? How would the Israeli public have reacted to the nomination of an Israeli citizen who gave up his Israeli citizenship (a so-called “yored,” a pejorative term for someone who leaves Israel) to be the ambassador of a foreign country in Tel Aviv?

The criticism of Dermer’s appointment as Israeli ambassador to the United States does not concern his diplomatic skills or his experience in diplomacy. The frequent visits of Secretary of State John Kerry to the region and the long private talks that he conducts with Netanyahu epitomize the depreciation of the contributions made by ambassadors to the dialogue between Washington and Jerusalem.

The truly important issues are discussed, in any case, over well-secured phone lines between the president and the prime minister, far from the ears of the ambassadors. When the US president decides to appeal directly to the Israeli people, he talks with Channel 2 news anchor Yonit Levy or orders Air Force One readied for a trans-Atlantic flight. Therefore, Ambassador Dermer’s negative views of the two-state solution and the Palestinian partner will not influence the diplomatic process any more than the views of Dermer as diplomatic adviser to Netanyahu.

The main mission still entrusted to Israel’s ambassador in Washington is to rebuild mutual trust between Netanyahu and the Israeli administration and Obama and the Democratic camp. Dermer is considered one of the main saboteurs of their relations. Some consider his appointment insensitive and reflecting poor judgment on the part of the prime minister. At worst, positioning a person nurtured on neoconservatism will be perceived as poking the US president in the eye. Dermer is a graduate of the Shalem Center, a Jerusalem research institute, the ideological hotbed tended by Sheldon Adelson, the man who publicly declared war on Obama.

The second task of the Israeli ambassador in Washington is to represent Israeli society in all its diverse culture and values to the US public. But Dermer’s resume and career sound more like those of a nominee for US ambassador to Israel or a candidate for the US Congress than those of a diplomat sent to serve Israel in the United States.

Dermer was born 42 years ago in the United States, where he lived, worked and studied for 30 years. His father and brother both served as Democratic mayors of Miami Beach, but the family is considered very close to the Bush family. At the age of 26, shortly after graduating from college, Dermer emigrated to Israel, here he lived for a total of 12 years since 1997. Together with Jewish Agency Chairman Natan Sharansky, he wrote the book The Case for Democracy, which former president George W. Bush cited as a source of inspiration.

In 2004, Dermer returned to the United States to serve for four years as economic attaché at Israel’s embassy in Washington, and was forced to renounce his US citizenship. An article published in The New York Sun, quoting from the sharply worded letter he attached to his formal request to that end, attests to the extent of his Israeliness.

By the way, Dermer did not serve in the Israeli army, a service considered, rightly or not, a central component of the Israeli ethos.

I wonder where his Israeli identity and appreciation for Jewish history disappeared to. Dermer ended his letter with a promise that as “a faithful son of America,” he would never betray its ideals. But what if American ideals cannot be reconciled with Israeli values — for instance, the value of conquering another people, settling on its land and violating the rights of millions of Palestinians?

These questions bring us to the third task of the Israeli ambassador in Washington: nurturing Israel’s special ties with the most important Jewish community in the world. These are the thoughts of one New York Jew who has been active for Israel his whole life, who has made substantial donations and served as head of the “friends” association of one of the leading Israeli academic institutions and one of its largest hospitals:

“After reading the story about the new ambassador, we were dumbfounded,” he wrote in an email sent last week to friends in Israel. “Whatever Bibi [Netanyahu] is, he is not dumb, which begs the question: Why? Does he really want to antagonize? Selecting someone who is a relatively new immigrant, with parents prominently associated with the Republican Party and the Bushes, what is Bibi trying to say? Why select someone so closely associated with the Romney campaign and Dan Senor (a close Romney adviser who, according to the Jewish website Tablet, initiated with Dermer Republican Presidential candidate Mitt Romney’s visit to Israel).

“There must be dozens of qualified people that could have been selected, who would have started with a clean slate when they got to Washington. In this case, Dermer's baggage precedes him. My wife and I also feel that Dermer may not be good for American Jewry, as he may bring to the fore the perennial question of the Jews' dual loyalty.”

In my previous article about Israel’s arrogant harassment of Turkish Prime Minister Recep Tayyip Erdogan on the banks of the Bosphorus, I mentioned the movie “The Mouse That Roared.” Frighteningly so, the roar of the Israeli mouse carries all the way to the banks of the Potomac.