The news comes ahead of Israel's March 23 election as well as the inauguration of US President-elect Joe Biden on Jan. 20. 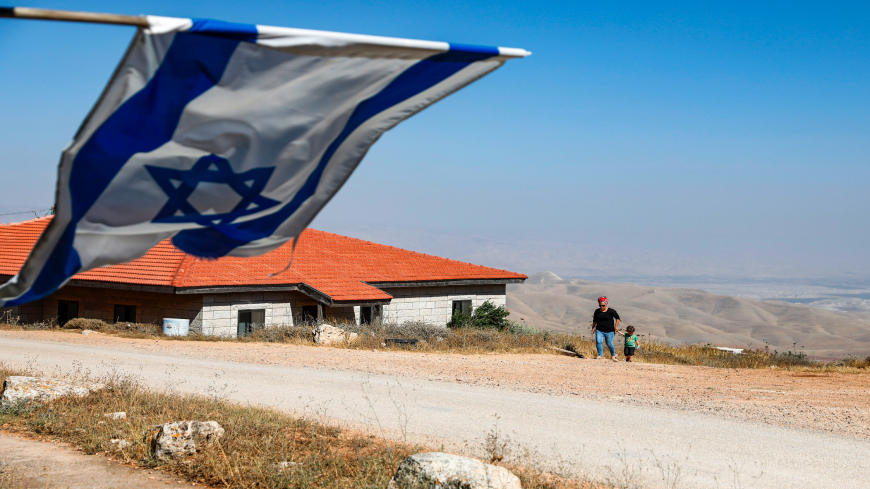 An Israeli flag flies in the foreground as a woman walks with a child at the Israeli wildcat outpost of Givat Arnon, near the settlement of Itamar in the occupied West Bank southeast of the Palestinian city of Nablus, on June 22, 2020. - MENAHEM KAHANA/AFP via Getty Images

The Israeli government advanced on Monday construction of new settlements in the West Bank.

Israeli Prime Minister Benjamin Netanyahu gave the green light to the building plans for 800 new homes, Reuters reported. The settlements are located throughout the West Bank, including in Itamar near Nablus and Beit El north of Jerusalem. Netanyahu said the settlements would receive final approval from the Defense Ministry next week, according to The Times of Israel.

Hundreds of thousands of Israeli settlers live throughout the West Bank. The Palestinian Authority and much of the international community regard the settlements as illegal. Israel disputes this, however, and the United States also no longer considers the settlements illegal.

The news comes at an important time in both Israeli and American politics. Advancing the construction could help Netanyahu shore up support among Jewish nationalist voters ahead of Israel’s March 23 election.

The construction could also complicate President-elect Joe Biden’s policy after he takes office on Jan. 20. Former President Barack Obama, under whom Biden served as vice president, was critical of Israeli settlement construction. Biden has selected several Obama-era officials to serve in his Cabinet. During the election, Biden criticized Netanyahu for not being committed to peace, further indicating he will conduct a similar foreign policy to that of his former boss.

The Trump administration changed US policy on the settlements when US Secretary of State Mike Pompeo declared them “not per se inconsistent with international law” in 2019. Last November, Pompeo became the first US secretary of state to visit an Israeli settlement when he went to Psagot. Also in November, Pompeo’s State Department reversed US policy on the labeling of goods made in Israeli West Bank settlements, declaring that they must be labeled “Made in Israel” before being sent to the United States.

This is not the first time Israel has approved new construction late in US President Donald Trump’s tenure. Days after Biden’s victory in the November election, the Israel Lands Authority invited companies to bid on construction in the disputed east Jerusalem neighborhood Givat Hamatos.