After six years of displacement, Iraq has closed around 62% of its remaining camps for internally displaced persons over the past six months and is planning to close all of them this year. 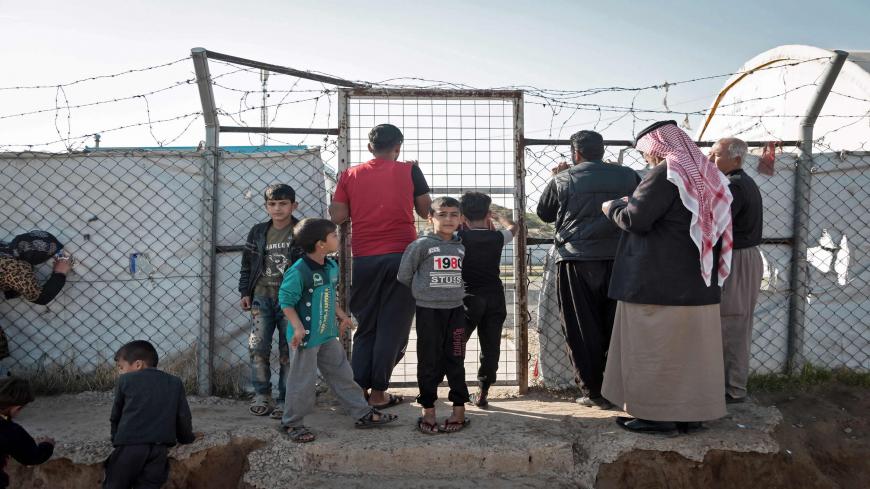 Three years after Iraq officially declared victory over the Islamic State (IS), a new batch of over 3,000 of those displaced by the terror group have returned to their homes from Salamiyah camp in Ninevah governorate. The development is part of Iraq's Ministry of Migration and Displacement plan to close this camp and others, the ministry announced Jan. 9. The ministry is planning to close all the displacement camps across Iraq this year.

“This is the first government to create a comprehensive plan to bring the displaced persons back to their areas of origin,” said Minister of Migration and Displacement Ivan Faiek Jabru, one of three female ministers in Prime Minister Mustafa al-Kadhimi’s government.

“We accepted the responsibility to seriously implement this strategy,” she told Al-Monitor, pointing out that previous ministries had focused only on distributing food rations and providing health services. “There were neither voluntary return efforts nor camp closures, and not even support to refugees abroad,” she added.

Over the past six months, more than 66,600 internally displaced persons (IDPs) have returned to their homes.

“Out of 76 displacement camps before the formation of this government, only 29 camps are still open,” said Jabru. “Still, we increased the food rations … to ensure food security and to cope with the impact of the coronavirus pandemic.”

“We still need time to solve security and tribal problems for Jada’ah camp, to the south of Mosul,” Jabru noted. “As for the Kurdistan Region’s camps, we are about to conduct a special visit to coordinate an effort to close 10 camps in the first phase [of closures]." The minister emphasized that no one will be forced to go back home.

However, there was a great deal of criticism from IDPs and relief workers that the displaced are being forced to return home or to move to other camps. They also criticize the government for not ensuring necessary safeguards for their return.

The government denies the accusations.

After he fled his hometown of al-Qaim on the border with Syria to Turkey in 2014, Omar al-Ta’i's relatives and neighbors sought refuge in displacement camps inside Iraq.

“Most of my relatives in al-Qaim and Rummana voluntarily came back to their homes,” the 27-year-old teacher told Al-Monitor. “Still, some are struggling financially. Their areas are safe now and the camps should be closed. But some want to stay there due to the lack of services, jobs or places to live.”

Ahmed al-Ghurairi, a representative of the International Rescue Committee’s protection program who works in western Anbar, criticized the move. “Some were forced to leave the camps recently,” he told Al-Monitor. “Especially the families from al-Qaim. Most of them have neither homes nor jobs; the infrastructure is destroyed and the economy is in a deplorable state.”

Mustafa, a displaced man who lives and works in Habbaniyah displacement camp and gave a pseudonym for security reasons, told Al-Monitor, “About 100 families cannot go back home and might be forced to leave or move to Amiriyat Fallujah camp.” Although the Habbaniyah camp was officially declared closed in November 2020, over 200 families still remain since they have nowhere else to go.

However, Jabru denied the use of force in returning the displaced to their homes. She told Al-Monitor that if families do not want to return home for any reason, “we do not force them at all.” She said that if a given camp only has a few families remaining, it may “ask them to move to another camp to maintain the quality of service provided to them."

The government hopes to ensure the return of all IDPs, some of whom have lived for six years in camps with poor educational and health services, and faced abuse.

“We implemented sustainable solutions to bring the people back and guarantee their welfare while we continue providing relief for them,” Jabru said. “We have distributed 300 flats in Maysan governorate, in the southeast of Iraq, for displaced families; restored 1,600 houses in Anbar and Ninevah; built 490 caravans to house displaced families; and built 41 other caravans as makeshift schools in Ninevah and Diyala in the past six months."

The ministry has resumed issuing approvals to allow people to return to their hometowns in tense areas like Sinjar and Jurf al-Sakhar, after working to prevent the release of former IS members.

"The approvals to return home — needed to cross various checkpoints — took around 20 days to obtain,” Qahtan Shaqqo, a young Yazidi man who returned to Sinjar six months ago from a camp in Dahuk, told Al-Monitor.

As of 2019, more than 250,000 Iraqis were awaiting asylum in neighboring countries. Due to the scope of this problem, Jabru has focused the ministry’s efforts on helping refugees whose asylum applications were rejected to return home.

“Over the past three months, 800 citizens have returned from Turkey and Europe,” she said. “We have granted 379 land plots to some of these refugees along with a repatriation allocation of 4 million Iraqi dinars [$2,740] each to encourage them to come back.”

Another 13,000 internally displaced families were granted funding of 1.5 million Iraqi dinars ($1,025) each, Jabru noted. Shaqqo and Ta’i are hoping to obtain these grants, saying some of their acquaintances already have.

“Most of the people in Ramadi got those grants,” said Ta’i. “However, those in the regions to the west of Anbar haven’t got them yet, including my father. We haven’t been compensated for the damage done by aerial bombardments on our house and brand-new car. We have lost almost everything.”

While many IDPs like Fahad Sultan, a Muslim Kurd who returned to his village on the outskirts of Sinjar after six years in Dahuk, hoped to resume normal life, they encountered unemployment, destroyed cities and infrastructure, tribal conflicts and unexploded ordnance.

Ghurairi said that IS militants have recently destroyed transmission towers in al-Qaim. “Some families live below the poverty line, and families who depend on female breadwinners are prone to exploitation,” he explained.

The Migration and Displacement Ministry acknowledges these challenges and expresses determination to continue the efforts to resolve these obstacles.

“We are organizing visits to the Kurdistan Region to facilitate the rapid return of families,” Jabru concluded. “The same goes for Jurf al-Sakhar, due to the area’s unstable security situation and the presence of unexploded ordnance. It is difficult for families to return at the present time.” 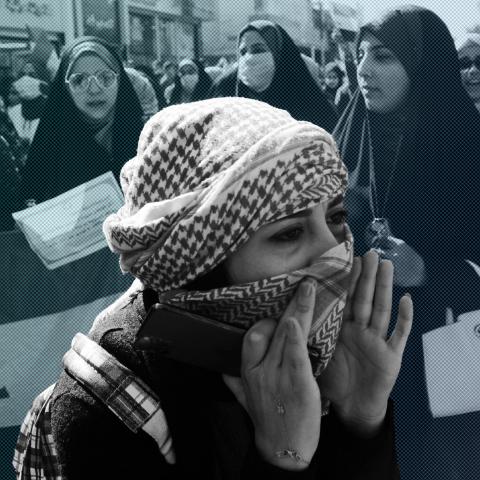