The added time shores up Baghdad’s preparations for a more legitimate election process; but time is running out for protesters who fear the government will ignore their demands. 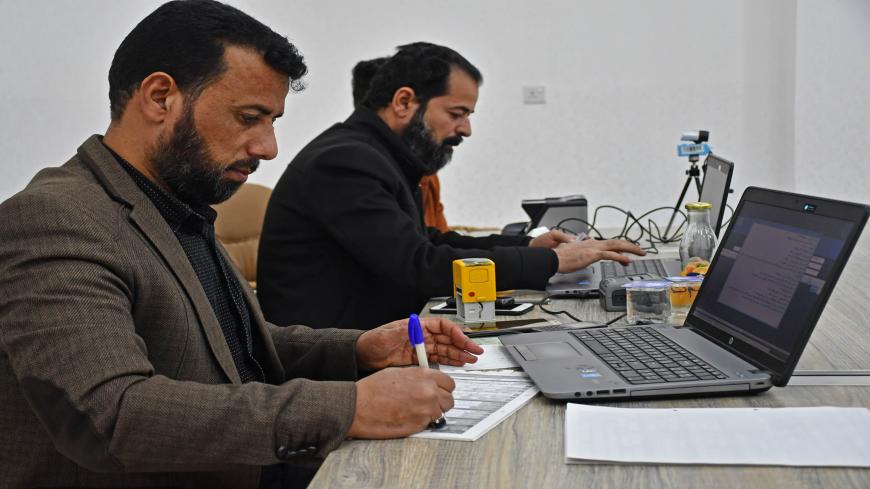 Early elections are arriving late to Baghdad, as Iraq’s Cabinet voted on Tuesday to postpone the general election from June 6 to Oct. 10.

The decision was issued after a proposal submitted by Iraq’s Electoral Commission to the Council of Ministers earlier this week to resolve “technical” needs to ensure a transparent electoral process, according to the office of Iraq’s Prime Minister Mustafa al-Kadhimi. Without providing details on what those issues are, the statement read that resolving the issues “would ensure the integrity of the elections and equal opportunities for everyone to run in the elections freely and fairly.”

But time is running out for activists who are growing disillusioned about Iraq’s electoral process and frustrated that the government’s stalling is an attempt to ignore their demands.

Last July, Kadhimi set the ambitious goal of June 6, 2021, as the date for the general election, almost a year ahead of schedule.

The decision was seen by observers as a move to appease a key demand of anti-government protesters. Large demonstrations across the country erupted in October 2019 and appealed for, among other issues, fairer elections and changes to Iraq’s voting process and elections committee. Activists cited widespread fraud in the 2018 nationwide vote and some Iraqis now say they have little faith in Iraq’s electoral system.

A statement after the meeting indicated that postponing the process would give time for candidates, political alliances, new political forces and young people to register and submit candidate lists.

Part of the meeting was also dedicated to including international efforts to monitor the vote. The decision to host early elections was initially met with praise from the global community. The United Nations said the early elections would promote “greater stability and democracy.”

A major hurdle to holding the early elections was cleared in October when Iraq’s parliament passed the final version of its legislative electoral law.

But a number of prerequisites still need to be achieved. Parliament needs to pass the Federal Court Act and implement Article 64 of the constitution, which would disband the Council of Representatives in preparation for an early vote.

And the government still has to replace the Federal Court with a constitutionally mandated panel or at least fill vacant seats on the bench. The court, responsible for validating election results and hearing appeals about those results, is currently unable to operate after a judge retired. Without this body, the results of any general vote will not be approved.