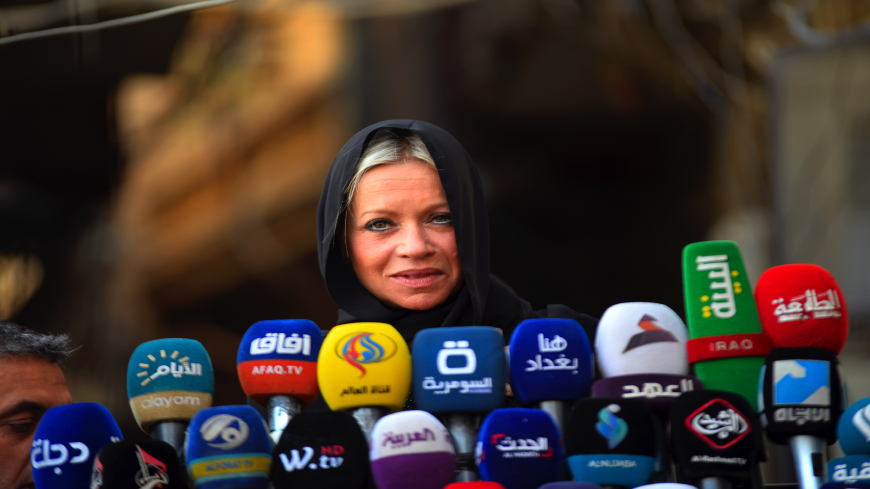 France signed a financing agreement on Tuesday with the United Nations in a bid to bolster Iraq's electoral commission ahead of the country's upcoming elections.

The UN Development Programme (UNDP) signed the agreement with the government of France on behalf of the UN Assistance Mission for Iraq. Under the deal, the UN will manage the financing and administration of the project. UN Iraq Special Representative Jeanine Hennis-Plasschaert said in a release that the agreement “reflects the importance of a concerted international response to Iraq’s electoral needs.”

“Iraqis deserve a fair and transparent election process — one that ensures their needs are heard and ultimately met,” UNDP Resident Representative in Iraq Zena Ali Ahmad said in a release.

The efforts come as Iraq’s Prime Minister Mustafa al-Kadhimi announced the country would hold elections on June 6, 2020, a year ahead of schedule. A major hurdle to hold the early elections was cleared last month when Iraq’s parliament passed the final version of its legislative electoral law.

But a number of prerequisites still need to be achieved. The government must replace the Federal Court with a constitutionally mandated panel or at least fill vacant seats on the bench. The court, responsible for ratifying election results, is currently unable to operate after a judge retired.

Baghdad must also amend an election commission. The commission was recently formed but not accepted by protesters because of the role political parties played in selecting its members. The nine-member board needs no less than six months to prepare for the elections based on any new law, Kadhimi’s election adviser Abdul Hussein al-Hindawi told Al-Monitor’s Omar Sattar last week.