Iran’s foreign minister was in Moscow to discuss a range of issues with Russian officials in his first such meeting after the inauguration the new administration in Washington. 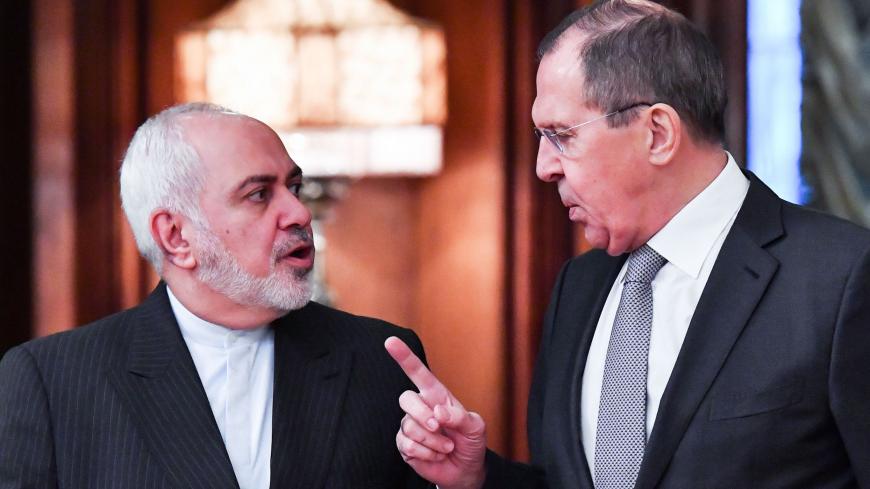 Iranian Foreign Minister Mohammad Javad Zarif arrived in the Russian capital Jan. 26, where he is scheduled to sit down with his counterpart Sergei Lavrov to exchange views on a wide array of regional and international topics.

Upon landing in Moscow, Zarif told reporters about “special circumstances” after the departure of former US president Donald Trump from the White House, a development which the Iranian foreign minister said “requires Iran and Russia to coordinate their policies.”

After the US pullout from the Iran nuclear deal in 2018, Tehran has been relying significantly on Russia as its key ally among the remaining signatories. To this end, Zarif has been visiting Moscow more frequently than ever in the past two years in an effort to secure Russian support to salvage the accord.

According to the Iranian foreign minister, Syria is also part of the agenda in his talks with Russian officials. Both the Islamic Republic and the Russian Federation have been present in Syria to shore up their ally Syrian President Bashar al-Assad. Yet the two sides have also been in a covert rivalry over who calls the shots on the ground in the battle against armed groups in the Syria conflict.

Zarif’s visit came as part of a Caucasus tour, which took him to Azerbaijan in the first leg. Iran’s top diplomat is expected also to discuss with Russians the regional situation after the September Nagorno-Karabakh war which occurred right on Iran’s northwestern doorsteps.

Boosting regional alliances has been persistently followed by Iran in the past three years as an approach to mitigate the economic losses and the political pressure imposed on it during the Trump presidency. In his Russia trip, Zarif will also be seeking “to form a six-party cooperation union” involving regional Iran and Caucasus nations.

Apart from the regional and international developments, Zarif’s visit to Russia coincided with speculations about alleged Russian efforts to manipulate the June presidential vote in Iran.

“Are the Russians deciding our president?” tweeted senior Reformist figure Abdollah Ramezanzadeh. The question was sparked by another report, which revealed that the Russian ambassador in Tehran has been unusually holding at least nine meetings with Iranian lawmaker during only eight months following the inauguration of the new Iranian parliament. During the same period, the report adds, a top advisor to the Iranian Parliament Speaker Mohammad Bagher Ghalibaf has sat down with the head of the Russian-Iran friendship group in Tehran seven times.