United Nations officials took aim at the US plan to label Yemen's Houthis a foreign terrorist organization that relief groups say will imperil aid deliveries to the war-torn country. 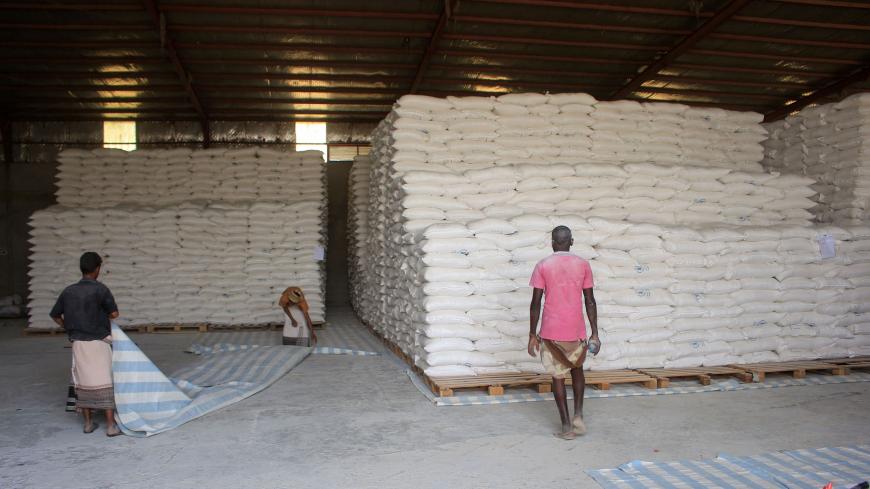 Workers transport food aid provided by the World Food Programme before distributing rations to displaced Yemenis in the northern province of Hajjah, on Jan. 12, 2021. - ESSA AHMED/AFP via Getty Images

Top UN officials urged the United States to reverse its plan to label Yemen’s Houthis a foreign terrorist organization, warning the designation “will be a death sentence to hundreds of thousands, if not millions of innocent people.”

“We fear that there will be inevitably a chilling effect on my efforts to bring the parties together,” UN special envoy to Yemen Martin Griffiths told the Security Council on Thursday. “The decision will contribute to the prospect of famine in Yemen and should be revoked based on humanitarian grounds at the earliest opportunity.”

US Secretary of State Mike Pompeo announced on Sunday that he plans to notify Congress of his intention to designate the rebel group, a move he said would advance peace in the region and punish the Houthis for terrorist activity. The designation is set to take effect on Jan. 19 — a day before President-elect Joe Biden takes office.

Yemen is embroiled in a six-year-long civil war pitting the Houthis against a Saudi-led military coalition that intervened on behalf of the internationally recognized government in 2015. The outgoing administration of Donald Trump views the Houthis as a proxy of Iran, and the designation is seen as the latest attempt to complicate Biden’s pledge to revive diplomacy with Tehran.

Relief organizations in Yemen were quick to condemn Pompeo’s announcement, warning it will delay or entirely halt the delivery of food and medicine in a country where an estimated 80% of the population relies on humanitarian assistance to survive.

Under US law, providing support to the Houthis once they are designated a foreign terrorist organization would be illegal and agencies say the blacklisting puts their staff at risk of prosecution. Because the Houthis are the de facto authorities across much of Yemen, relief workers say interacting with them is unavoidable.

The International Committee of the Red Cross said in a statement Thursday it was concerned that the designation would produce a chilling effect on humanitarian action, including possible de-risking from the banking and private sectors.

“We hear the concerns that this designation will have an impact on the humanitarian situation in Yemen," deputy US ambassador Richard Mills told the 15-member council on Thursday, adding that the Treasury Department will issue licenses to reduce the designation’s impact on certain humanitarian activity.

“It is critical that aid reaches those in need reliably and quickly. We call on all parties to support relief efforts, while also isolating and exposing [Ansar Allah] for the terrorist organization that it is,” Mills said.

Commercial shippers and suppliers are expected to halt deliveries to Yemen — which imports 90% of its food — as a result of the designation, triggering a “famine on a scale that we have not seen for nearly 40 years,” UN aid chief Mark Lowcock told the Security Council. “Would licenses and exemptions for aid agencies prevent that? The answer is no.”

David Beasley, the UN food chief, echoed his concerns that the designation would cause even greater food insecurity across Yemen, a country the UN considers to be the world’s worst humanitarian crisis.

Biden has pledged to end US support for the Saudi-led coalition in Yemen and is expected to quickly reverse the Houthi designation. Still, relief organizations warn the designation will cause irreparable damage to their work on the ground.

As Oxfam America’s humanitarian policy lead Scott Paul put it, “Shutting down a humanitarian operation is like turning off a light switch, and scaling one up is like rewiring an entire house.”