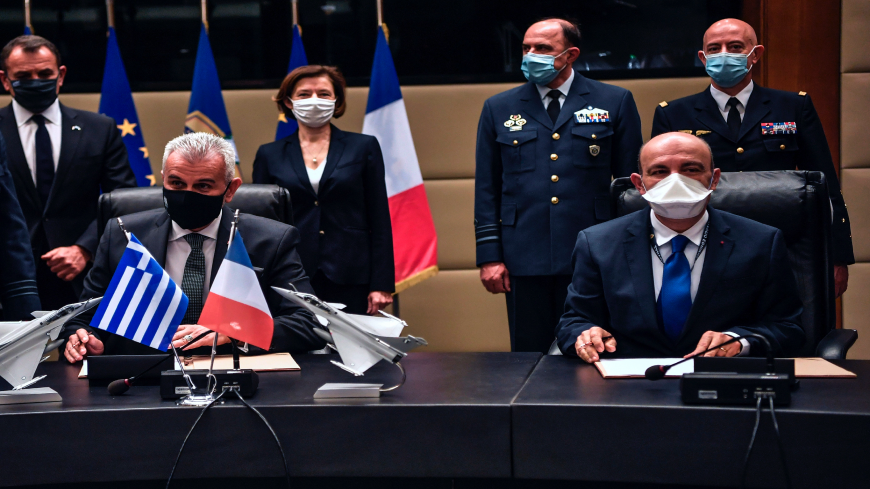 Greece’s defense minister signed a $3 billion deal to buy 18 Dassault Rafale fighter jets from France during a ceremony with his French counterpart in Athens on Monday. Six of the fighters will be new, while 12 are used.

The agreement is the latest sign of Greece’s growing defense ties with Paris as the Hellenic Armed Forces seek to modernize amid heightened tensions with neighboring Turkey.

“For the first time, a European country acquires the Rafale,” France’s Defense Minister Florence Parly tweeted after finalizing the deal with Panagiotopoulos. “Today is a great day and an exceptional opportunity to celebrate a rich and ancient defense friendship,” she wrote.

The highly publicized agreement comes as Greek officials begin exploratory talks in Istanbul on Monday to resolve a number of disputes, including Turkey’s hydrocarbon exploration in waters claimed by Greece in the Eastern Mediterranean.

Parly is also expected to present a proposal to sell Belharra-class frigates to Athens, which is seeking to acquire four new medium-sized ships as part of a rapid defense modernization announced by Prime Minister Kyriakos Mitsotakis in September.

France joined Greece for joint naval and air exercises in August after Turkey issued the NAVTEX for the Oruc Reis exploration vessel, despite threats of sanctions by the European Union.

Ankara’s military deployments in the Aegean Sea, Africa and the Levant have also drawn Middle Eastern governments into common cause with Greece and its Mediterranean neighbors.

Athens signed a maritime demarcation agreement with Egypt in August, a joint defense agreement with the United Arab Emirates in November and has laid out a 20-year, $1.68 billion military deal with Israel earlier this month.