Intel: Former US ambassador to UAE to join McGurk on National Security Council 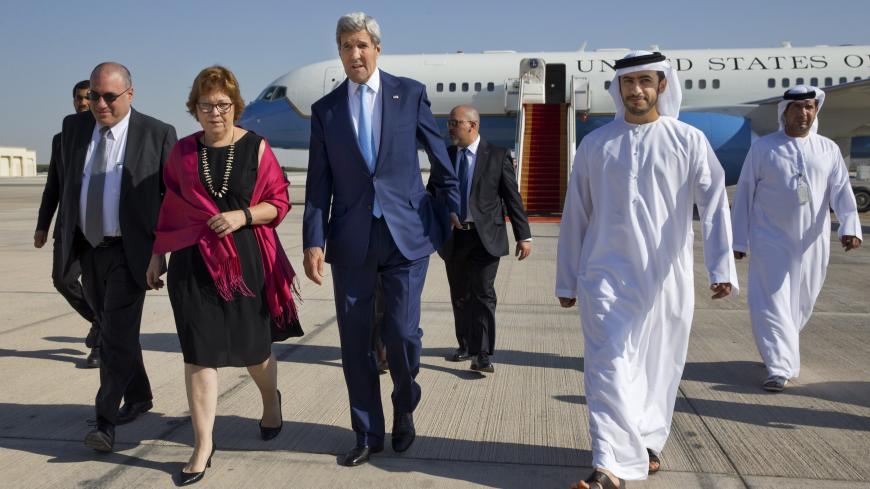 Barbara Leaf, the former US ambassador to the United Arab Emirates during the Barack Obama administration, is expected to be named to President-elect Joe Biden’s National Security Council, Vox reported.

If selected, Leaf will join former envoy to the coalition to defeat the Islamic State Brett McGurk, who was named the incoming NSC’s coordinator for the Middle East last week.

Why it matters:  Leaf brings extensive experience in US policy toward the Gulf, having previously served as the State Department’s top official for the Arabian Peninsula, and prior to that in the same role for Iraq, under the Obama administration. She was also the State Department’s first director of Iranian affairs.

Her reported selection is the latest sign Biden is choosing established Middle East policy professionals and placing a high priority on diplomatic engagement with Iran.

What’s next:  Biden was long expected to select Obama-era officials to lead his Middle East approach, but the region has changed significantly over the last four years.

The president-elect has vowed to end US support for the Saudi-led coalition’s war in Yemen and to rejoin the 2015 international nuclear deal with Iran.

The outgoing administration of President Donald Trump walked out of the JCPOA in 2018 and introduced economic sanctions and covert action and attempted to build up regional military deterrence in hope of rolling back Iran’s support for regional proxies and its ballistic missile program.

Leaf has raised concerns over whether the United Arab Emirates is prepared to receive the highly sensitive technology of the F-35, but said the US deal will not threaten Israel’s regional superiority. She has also said Iran’s ballistic missile arsenal is “formidable and could wreak immense damage,” though it is not yet fully clear how the Biden team plans to tackle the issue.

Sullivan said earlier this month that talks over Iran’s ballistic missiles must follow negotiations over rejoining the JCPOA.