The freeze includes the F-35 deal for the United Arab Emirates and bombs for Saudi Arabia. 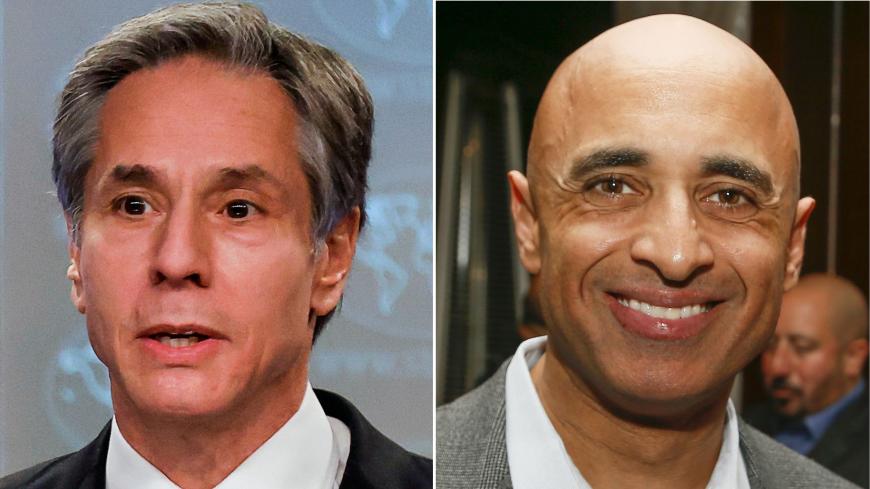 The Biden administration has placed a temporary hold on certain foreign arms sales prepared by the former Trump administration, including major transfers planned to the United Arab Emirates and Saudi Arabia.

“As is typical during the transition of US presidential administrations, the Department is temporarily pausing the implementation of some pending US defense transfers and sales… to allow incoming leadership an opportunity to review,” a State Department spokesperson told Al-Monitor via email.

"As we've said, we very much support the Abraham Accords," Blinken said when asked about the arms sale freeze during a press conference on Wednesday afternoon.

"We're also trying to make sure that we have a full understanding of any commitments that may have been made in securing those agreements, and that's something we're looking at right now," he said.

The UAE's ambassador to Washington, Yousef Al Otaiba, responded to news of the freeze with a statement posted on Twitter on Wednesday, saying his government would work closely with the Biden administration "on a comprehensive approach towards Middle East peace and stability."

Al Otaiba added that the F-35 sale would give the UAE a "strong deterrent to aggression" and enable "the UAE to take on more of the regional burden for collective security, freeing US assets for other global challenges."

President Joe Biden promised on the campaign trail that if elected, he would end US support for the Saudi-led coalition’s war against Yemen’s Houthi rebels. Secretary of State Antony Blinken reaffirmed that position to during his confirmation hearing Senate last week, saying the administration would examine planned sales to the Gulf.

The UAE finalized the $23 billion deal for 50 F-35s and 18 armed MQ-9B drones with the Trump administration just hours before Biden was sworn in last week. That agreement was struck after officials in Abu Dhabi agreed to establish formal ties with Israel as part of the Trump administration’s Abraham Accords initiative. The former administration also advanced a handful of other last-minute arms deals with Gulf countries.

Early wind of the freeze came yesterday as Raytheon executives told investors in a phone call that they expected the Biden administration to put a halt to a government license allowing the company to sell some 7,500 guided Paveway bombs directly to Saudi Arabia; the license was granted despite protests from Democrats in Congress last year.

The Trump State Department under former Secretary of State Mike Pompeo in 2019 bypassed a congressionally ordered halt to major sales to the UAE and Saudi Arabia due to the coalition’s targeting of civilians in Yemen’s civil war.

Still, the Biden administration has said it will continue to build on the Abraham Accords, which Washington sees as an opportunity to shore up security cooperation between Arab states and Israel in order to deter Iran as the United States shifts focus to China.