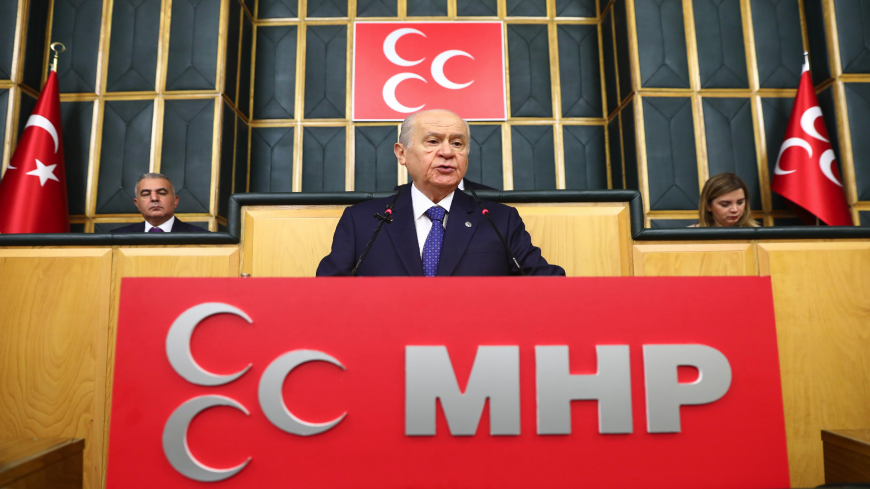 The leader of a Turkish nationalist party allied with President Recep Tayyip Erdogan’s ruling party has called for the country’s largest pro-Kurdish party to be outlawed.

“Any party organization that takes as its reference ethnic separatism and terrorism should not be allowed,” Bahceli tweeted. He continued, “If necessary, let us change the constitution, if necessary, reform the Political Parties Law and the Turkish Penal Code, let’s stop this bleeding wound.”

“The fight against poisonous vermin is a great service to national dignity,” Bahceli wrote in a subsequent tweet. “Every political party should choose a side.”

Mithat Sancar, co-chair of the HDP and a parliamentarian since 2015, responded to Bahceli’s statement on Turkish television yesterday: “Shutting down the HDP means shutting down democracy,” Sancar said, reiterating that his party opposes violence.

The pro-Kurdish party called Erdogan’s approach to the United States “inconsistent” and “unsustainable,” adding that the sanctions, about which Washington warned repeatedly, should have been expected.

“The AKP government, which has isolated Turkey in the international arena, is responsible for these sanctions,” the HDP said in a statement on Tuesday.

Both Bahceli and Erdogan have long accused the HDP of ties to terrorism, namely the outlawed Kurdistan Workers Party (PKK). The HDP denies ties to the PKK.

The Turkish government has led a massive crackdown on HDP members and officials in recent years and has unseated and arrested more than 20 democratically elected Kurdish mayors in the country’s southeast.

According to Human Rights Watch, the crackdown increased after Turkey’s military incursion into northeast Syria to fight the People’s Protection Units, a PKK-linked Syrian Kurdish militia supported by the United States in the war against the Islamic State.