Citing technical flaws in a case seeking the closure of the pro-Kurdish Peoples’ Democratic Party, the Turkish Constitutional Court rejected an indictment by a top prosecutor, setting the stage for possible rifts among political alliances in Ankara. 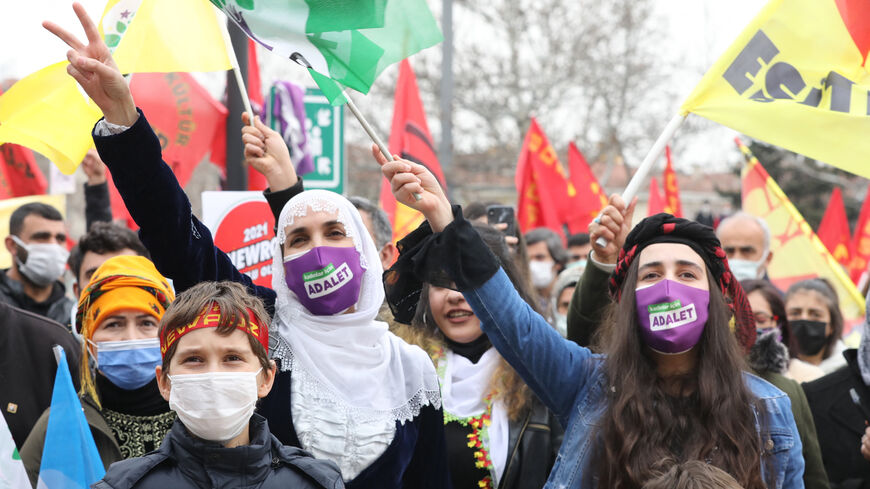 Citing procedural omissions, Turkey’s top court returned the 609-page indictment to the Court of Cassation, which can resubmit the case after providing missing details such as suspects’ personal information, their roles in the party and the criminal charges lodged against them.

Nationalist Movement Party (MHP) Chair Devlet Bahceli, who has led calls to close the HDP in recent months, condemned the move in a statement, suggesting the Constitutional Court itself should be shuttered after the decision.

The case has drawn international criticism and raised concerns over democratic backsliding in Turkey, while on the domestic stage its looming resubmission could set the stage for divisions among political alliances in Ankara.

Analysts expect Turkish President Recep Tayyip Erdogan to face continued pressure from MHP allies to shutter the HDP. Meanwhile, extended debates over terror accusations faced by HDP politicians could weaken a coalition between nationalist IYI Party members and the main opposition Republican People’s Party (CHP), some of whom have been more supportive of the HDP.

Speaking to Turkish media Tuesday, the CHP’s Istanbul Mayor Ekrem Imamoglu said he did not view the HDP as a terrorist organization, refuting AKP and MHP claims that it fosters ties with the outlawed Kurdistan Workers Party (PKK).

"The HDP is a political party in this country,” Imamoglu told KRT TV on March 31. “If you regard a party that got 6 million votes as terrorists, I'm against that.”

Berk Esen, an assistant professor of political science at Sabanci University in Istanbul, said such statements can create a “nationalist backlash” within the IYI Party that makes it more difficult for IYI Party members to stand with the CHP.

“If this case continues for several more months, that tension will continue, because we know there are some nationalist hard-liners within the IYI Party that are not very critical of this court case,” Esen told Al-Monitor.

Erdogan likely has no long-term plans regarding the case, Esen said, though he can use the pressure on the HDP as a bargaining chip to both appease nationalists and sow divisions among opponents, taking future steps according to political developments in the coming months.

Shortly before the HDP case decision Wednesday, the Constitutional Court also rejected an appeal by HDP deputy Omer Faruk Gergerlioglu, whose parliamentary status was revoked March 17 on charges of spreading terrorist propaganda in a 2016 Twitter post. Responding to the news, Gergerlioglu said he would appeal the case and make an application to the European Court of Human Rights.

Gergerlioglu is one of dozens of HDP members facing investigations as the party comes under mounting pressure that has seen most of its municipal officials replaced with state-appointed trustees since the 2019 local elections. The party’s former co-chairs, Selahattin Demirtas and Figen Yuksekdag, have also been imprisoned since 2016 on terror-related charges.

In the indictment seeking to close the HDP, party members are accused of floating rule of law, colluding with PKK militants and seeking to divide the Turkish republic. Osman Can, a law professor at Marmara University in Istanbul and former rapporteur-judge for Turkey’s Constitutional Court, said the indictment was so plagued with fundamental flaws that even judges supporting the party’s closure had to reject it.

“These are members of the court, and all eyes, international and national, are on them … they needed a technically clean indictment,” Can told Al-Monitor, citing discussions he had with former colleagues. “The indictment is so problematic that in a normal situation it would come to the Constitutional Court again.”

Can continued, saying the political environment in Ankara has become unpredictable and the indictment could potentially resurface. Yet he said a firm connection would need to be established between the evidence and HDP members suspected of crimes for the case to move forward.

“We don’t know the exact flaws of the indictment, but 90% of the evidence presented in it is taken from investigations in ongoing court proceedings against HDP members,” Can told Al-Monitor. “And 95% of that evidence is just spoken word, verbal statements — only 5% is actions.”

HDP officials have denied accusations of fostering ties with the PKK, a designated terrorist organization in Turkey, the United States and the European Union. Speaking ahead of the Constitutional Court decision, HDP co-chair Mithat Sancar said the indictment was “nonsensical and unlawful.”