Birth in the desert: Team of nurses, Zoom deliver baby in al-Rukban

Syrians stranded in al-Rukban camp near the border with Jordan have been living under harsh conditions for years, and even childbirth has become very risky. 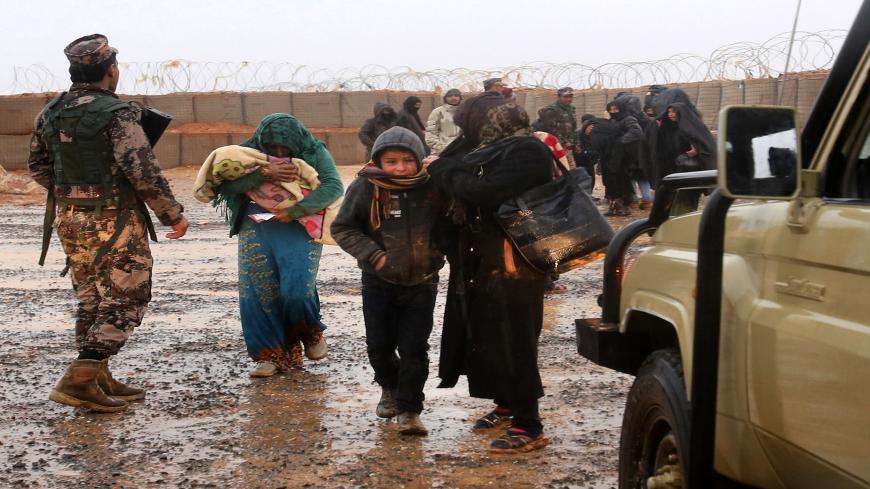 Syrian refugee patients from the makeshift al-Rukban camp cross over to visit a United Nations-operated medical clinic immediately on the Jordanian-side for checkups, March 1, 2017. - Khalil Mazraawi/AFP via Getty Images 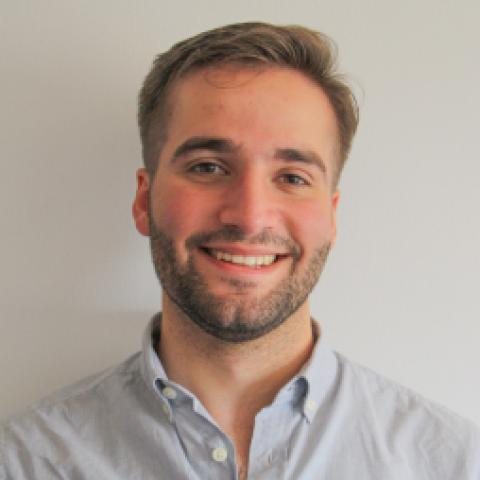 When Reem Ibrahim’s contractions started on the morning of Nov. 28, she was filled with a deep fear. She had just entered her 40th week of pregnancy and her approaching due date — normally a source of happiness and celebration — had only increased her feelings of dread.

Ibrahim, 30, required a cesarean section for a successful delivery. In most contexts, this would be a safe and routine procedure. However, Ibrahim lives in al-Rukban camp, a makeshift settlement located in a desolate strip of no-man’s-land between Syria and Jordan. Despite its 10,000 residents, al-Rukban does not have a single doctor or a hospital and suffers dire shortages in medical supplies.

Previously, the camp was serviced by a UNICEF clinic on the Jordanian side of the border. However, with the advent of the coronavirus pandemic, the clinic shut in May, leaving the camp with no medical care beyond the basics.

To try to get Reem proper medical attention, Shukri Shihab, head of a mobile clinic in al-Rukban, tried to contact the US military base in al-Tanf. US forces, on behalf of the international coalition to defeat the Islamic State (IS), effectively control the 55-kilometer (34-mile) area in which al-Rukban is located. Though they usually did not provide medical care for al-Rukban residents, they had allowed two women from the camp to enter the base for emergency C-sections this summer.

This time, however, US forces did not answer. The situation grew desperate as Ibrahim’s contractions became more frequent and intense.

“The baby’s pulse had reached 135 beats per minute by Sunday morning due to the severity of Reem’s contractions,” Shihab told Al-Monitor. “At this point, Reem’s life was in danger.”

For Ibrahim, who had settled in al-Rukban five years ago to escape the violence of the regime, this was not an option.

“My life was in danger. But if I wanted to travel to regime territory that would mean never seeing my husband or two children again — unless I paid more than $2,500 to smugglers and regime army officials,” Ibrahim told Al-Monitor.

With time running out, Shihab called Ibrahim’s husband to the clinic, as well as some notables from the camp. He told them that they had no other option than to conduct the C-section immediately, despite the fact that neither of the two nurses present had ever performed such an operation before. With their agreement, Shihab and the nurses began to prepare for the surgery.

Before they started the surgery, however, Shihab placed one final call to al-Tanf garrison to ask for help. Finally, US forces answered. They would not permit Ibrahim to enter the base; instead, they provided Shihab with some instructions and advice for the upcoming surgery.

With that, Shihab and his team began the surgery with the assistance of three doctors who advised them throughout via a Zoom video call. Shihab administered the anesthesia — his first time ever doing so, though he had just completed a 45-day online course on the subject. The other two nurses performed the C-section under the supervision of the doctors teleconferencing in. The doctors asked to remain anonymous.

After a tense two hours, the surgery was successful. The team snapped a picture of Ibrahim and her newly delivered baby boy and circulated it to jubilant relatives and friends.

“I thanked God. I felt like I had come back to life after the surgery,” Ibrahim said.

Though Ibrahim survived the operation, there were multiple times when her and her son’s life were in danger.

A C-section is not an easy procedure, nor is anesthetizing someone a simple feat. Both require years of training and if anything went awry could have left both Ibrahim and her child permanently injured — or worse, dead. Had the nurses nicked an artery for example, Ibrahim could have bled to death as there is no blood supply or transfusion equipment in the camp.

Many camp residents suffer from a variety of respiratory and skin diseases, exacerbated by malnutrition. A near-complete lack of maternal care also means that births have become a dangerous affair. Medglobal, a US-based nongovernmental organization (NGO) that provides medical care to hard-to-reach areas, has offered to operate a clinic for the camp, but is still waiting on US approval to enter the camp for an initial needs assessment.

Food and medicines are in short supply due to a regime and Russian-led blockade of the camp, and the last aid shipment from the United Nations and Syrian Arab Red Cross arrived a little under a year ago. What little supplies enter the camp do so via smugglers, an expensive and dangerous process.

The United States refuses to take responsibility for the residents of al-Rukban, arguing that it is Damascus’ role to do so. Critics argue that as the effective occupying force of the area, the United States has obligations under international law to provide aid and medical care to the residents of al-Rukban. The former US special envoy to Syria, James Jeffrey, has rejected this assertion on multiple occasions.

Jordan has also not allowed any aid to reach the camp from its territory since 2018, similarly arguing that it is Damascus’ duty to care for the Syrians stranded there.

Hence, camp residents face an impossible choice: stay in the desert and face famine, disease and freezing conditions, or return to regime-held territory and risk torture and murder at the hands of security services. Many have chosen the former. The camp’s population has declined from a peak of 75,000 since 2016.

Others, like Ibrahim, would rather die than return to regime-held areas.

The international community and its NGOs have left al-Rukban to “suffer its fate alone, without humanity or mercy,” Ibrahim concluded.