Hopes dim in stranded Syrian camp near US military base

Some 10,000 displaced Syrians living in a squalid camp miles away from the American garrison of al-Tanf had hoped the Biden administration would resolve their plight. 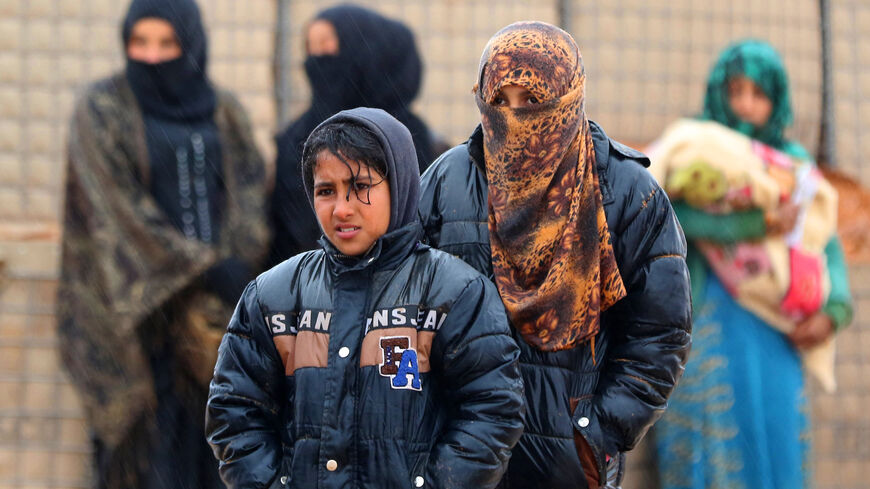 Syrian refugee patients from the makeshift Rukban camp, which lies in no-man's-land off the border between Syria and Jordan in the remote northeast, queue up to visit a UN-operated medical clinic immediately on the Jordanian side for checkups on March 1, 2017. - KHALIL MAZRAAWI/AFP via Getty Images

The Biden administration touted this summer’s United Nations Security Council deal to avert humanitarian disaster in northwest Syria as proof that Washington and Moscow could come together on a cause that serves the Syrian people.

But elsewhere in Syria, in a remote settlement mere miles from a US military base, a group of civilians trapped under a Russian-backed government siege say their pleas for desperately needed assistance continue to go unanswered.

Rukban camp, an informal settlement located in the Syrian desert near the borders of Iraq and Jordan, is home to some 10,000 displaced civilians, an estimated 3,000 of them children. Most arrived at the tented camp in late 2015 after fleeing parts of central Syria then under Islamic State control.

The Syrian government has weaponized what little aid reaches Rukban’s residents as a way of forcing them to return to regime-held areas. Food, clean water and medicine run scarce, as government-run checkpoints have obstructed traders and relief workers from entering the besieged camp. The last UN humanitarian envoy came in 2019, providing just one month’s worth of food.

The camp’s residents, who live in a 34-mile US-protected “deconfliction zone,” say they have nowhere to turn for help but the United States. Just down the road from Rukban, some 200 US troops are stationed at the al-Tanf garrison, where they are training a local partner force known as Maghawir al-Thawra to eliminate IS.

The remote military outpost drew attention last week when a rare drone attack blamed on Iran targeted al-Tanf. No casualties were reported among US troops or nearby Rukban civilians.

“We do not forget the value of the American army fighting IS and terrorism,” said a Rukban resident who asked to be identified as Abu Khaled. “But when one of our children or women gets sick, they die in front of the American army, even though they have a medical team equipped with everything.”

Abu Khaled says he and other Rukban residents were at first optimistic that a new US administration would supply their encampment with long-awaited humanitarian assistance. Following President Joe Biden’s election, he said, “we were hoping that the situation would change or that they would open a road for us toward northern Syria.”

The Syrian Emergency Task Force (SETF), a DC-based advocacy group that operates a no-cost pharmacy at Rukban, says that helping these civilians would be a “low-cost, high-value measure” for Washington.

In an upcoming report provided exclusively to Al-Monitor, SETF calls on the Biden administration to publicly recognize that the UN aid process has failed to provide Rukban with sustained assistance.

Instead, the White House should grant permission to the US Department of Defense and the US-led coalition to regularly deliver food, medicine and hygienic necessities using al-Tanf, the report says. If aid delivery is not an option, SETF says the United States should facilitate the safe evacuation of Rukban residents to areas outside of Syrian regime control.

“If we don’t do anything about Rukban — if we just ignore it —  I think it’s a huge contradiction of the values of this administration,” said Mouaz Moustafa, SETF’s executive director. “I’m hopeful that the Biden administration will make this easy fix.”

The administration, which is conducting an interagency policy review on Syria, has said little publicly about the camp, aside from US Ambassador to the United Nations Linda Thomas-Greenfield’s condemnation in April of the “deep moral wrong happening in Rukban.”

A National Security Council spokesperson told Al-Monitor, “Improving the humanitarian situation and increasing humanitarian access to all parts of Syria is a top priority,” but declined to comment on Rukban specifically. The State Department indicated responsibility for the camp lies with the Syrian and Russian governments.

“The Biden administration remains committed to increasing humanitarian access to all parts of Syria. We continue to urge the [President Bashar al-] Assad regime and Russia to allow life-saving aid to reach the people of Rukban,” a department spokesperson said in response to emailed questions.

But activists say Damascus and its main backer can’t be counted on to keep humanitarian aid corridors open to opposition-held parts of the country, as evidenced by repeated UN Security Council showdowns over cross-border aid.

“We continue to try to somehow convince the Assad regime and Russia to allow humanitarian convoys to go to Rukban when they are literally the ones that have installed the siege around Rukban,” Moustafa said.

SETF, which has conducted surveys of Rukban’s remaining residents, recommends that the United States allow privately funded doctors access to the camp or send one of its own from the garrison for a weekly visit.

The situation for pregnant women is especially dire. Because Rukban lacks a single surgeon, those in need of cesarean sections must choose between delivery in regime areas or taking their chances with an underqualified nurse or midwife.

Zaher Sahloul, a Chicago-based Syrian-American doctor who runs the charity MedGlobal, has offered to personally lead a medical mission into the camp. But doing so would require authorization from Jordan, which sealed its border to Syrian refugees in 2016, or from the US government, which could provide access from al-Tanf. Neither have given Sahloul the go-ahead.

“The Rukban camp has been a blind spot for the administration,” said Sahloul. “I don’t know how complicated it is to provide some medicine and food from the camp that is only five or 10 minutes away.”

The Syrian and Russian governments have blamed Washington for Rukban’s miserable conditions, with propaganda falsely claiming that US troops are restricting the movement of civilians who want to return home. In reality, the nearby al-Tanf base is the only thing keeping Rukban’s residents safe, said David Adesnik, a senior fellow and the director of research at the Washington-based Foundation for Defense of Democracies.

“Any other establishment like this would be vulnerable to Assad’s attacks from the air or from artillery, but it is precisely because they are within the radius of the deconfliction zone around Tanf that they are spared from that,” Adesnik said.

“They still have to contend with starvation, medical deprivation and other things, but the reason they are simply not overrun and brutalized is because of the US presence,” he said.

Today, Rukban residents are left with a choice: stay put in the relative safety of their current environs or risk reprisals at the hands of the Syrian regime, which has offered “safe passage” for those who return to government-controlled territory. The conditions at Rukban camp are so dire that many have chosen the latter, even as human rights groups sound the alarm over the government’s torture, detention and extrajudicial killing of returnees.

“The rest of the refugee camps have aid and even medical care, but Rukban has neither,” said Fatima Muhammed, whose family fled the eastern countryside of Homs five years ago.

“There is not a person here who does not wish to return to their country and see their family, but fear grips everyone because of what we hear,” she said.

Muhammed worries about what would happen if she abandoned the isolated settlement for life under regime control. For now, she and her family have chosen to wait in Rukban, pinning their hopes on American intervention.

“When Biden took office, most refugees dreamed that he would extend a helping hand to them,” she added. “But unfortunately no one cares about this camp.” 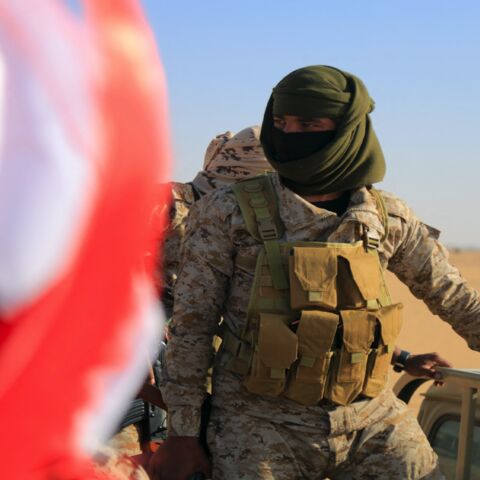 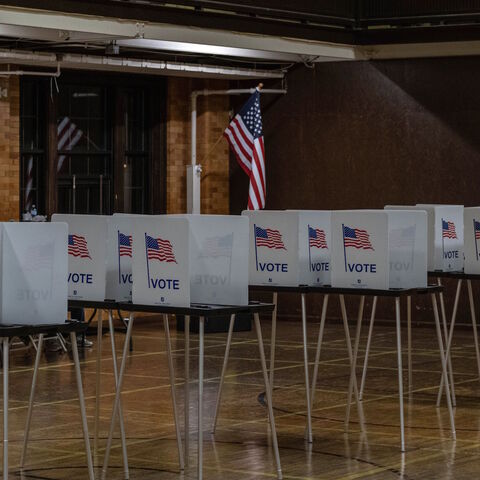