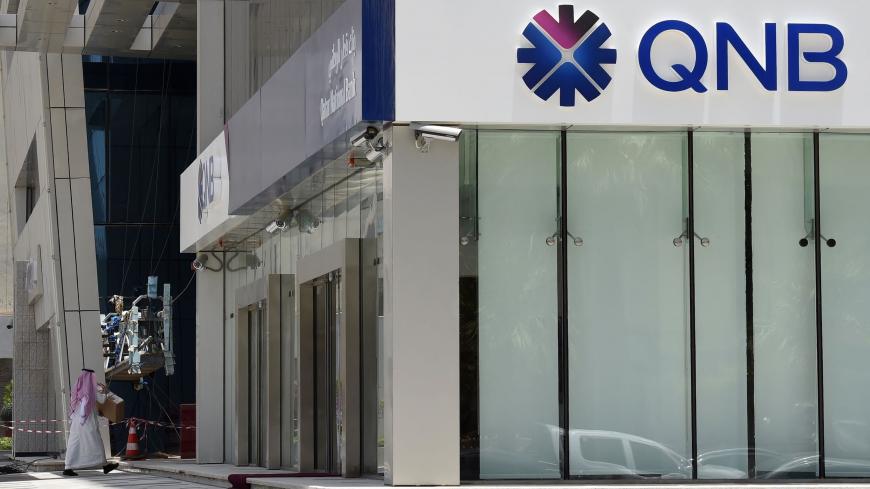 A picture taken on June 5, 2017, shows a man walking past the Qatar National Bank branch in the Saudi capital, Riyadh, following a severing of relations between major Gulf states and gas-rich Qatar. - FAYEZ NURELDINE/AFP via Getty Images

Family members of American victims of terrorist attacks in Israel have filed a lawsuit against top Qatari financial institutions that they allege are headed by members of the royal family.

A filing in the US District Court of Brooklyn yesterday alleged that Qatar Charity, Masraf Al Rayan Bank and Qatar National Bank knowingly facilitated financial activities of Palestinian Islamic Jihad and Hamas between 2015-2016. The latest suit was first reported by The Washington Post.

The litigants specifically accused Qatar Charity of funneling at least $28 million to the two terror groups, including payments to the families of “martyrs.” The suit also accuses Masraf Al Rayan Bank and Qatar National Bank of managing bank accounts for known terrorists, including Ahlam Aref Ahmad al-Tamimi, who facilitated the killing of 15 people in a 2001 suicide bombing at a Sbarro pizzeria in Jerusalem.

Tuesday’s is the second such case brought by US citizens this year. In June, a suit filed in US Federal Court by 51 plaintiffs targeted the three institutions, citing attacks on US citizens in Israel, including a 28-year-old former US Army captain killed in a 2016 stabbing attack in Jaffa.

Both cases are being filed under the US Anti-Terrorism Act, which allows US citizens to seek triple restitution from private institutions but not to sue government officials. However, Qatar Charity is chaired by royal family member Hamad bin Nasser al-Thani, and the country’s sovereign wealth fund, overseen by the royal family, reportedly has a 50% stake in Qatar National Bank. Masraf Al Rayan Bank's board is staffed by royal family members.

Qatari officials have denied charges of ties to terrorism and have billed the country’s financial support to Gaza as charity. The country’s Al Jazeera news channel has widely criticized autocratic regional governments such as Egypt’s.

Doha is a strategic partner of Washington and has drawn the praise of the Trump administration. The Gulf country hosts al-Udeid, the largest US military base in the Middle East and forward headquarters of US Central Command.

The Trump administration has been pushing Gulf countries and Egypt to resolve their dispute with Qatar amid efforts to shore up Arab Gulf cooperation in the face of Iran’s expanding influence in the region.

Officials in Saudi Arabia, Kuwait and now Egypt have signaled progress in ending their dispute with Qatar in recent weeks.