Families of slain US soldiers sue Jordan in legal first

The families of three Green Berets slain at King Faisal Air Base in 2016 have sued Jordan, alleging that the government tried to cover up the incident. 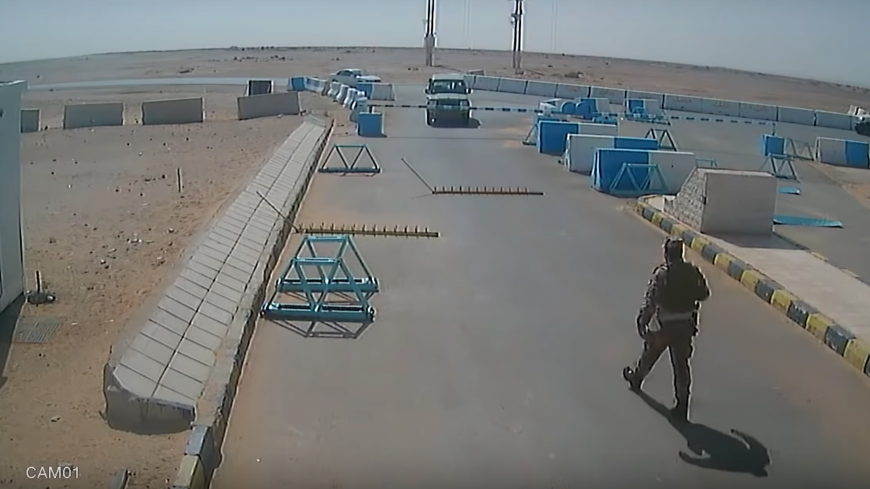 A screenshot of a video released of the November 2016 shootout where three US soldiers were killed at a Jordanian air base, uploaded July 25, 2017. - YOUTUBE/CBSnews

The families of three murdered Army Green Berets are suing Jordan under a recently passed law championed by relatives of victims of the Sept. 11 terrorist attacks who are seeking damages from Saudi Arabia.

Filed Friday in federal court in Washington, DC, the lawsuit accuses Jordan of aiding a terrorist cover-up and seeks damages from Amman under an expansive interpretation of the 2016 Justice Against Sponsors of Terrorism Act (JASTA) that could open the door for more such actions against sovereign governments.

Army Staff Sgts. Matthew Lewellen, Kevin McEnroe and James Moriarty were killed by a lone gunman in November 2016 at King Faisal Air Base as they returned from a covert CIA mission training forces opposing Syrian President Bashar al-Assad. The effort to stand up Syrian opposition forces to fight Assad has since been canceled by the Donald Trump administration.

The lawsuit alleges that Jordan “aided and abetted” Sgt. Abu Tayeh, a Jordanian gate guard at the base, “by seeking to silence the families” and initially stating that Tayeh acted properly when he opened fire in response to a supposed loud noise. Tayeh was initially promoted and decorated, but has since been sentenced to life in prison for the shootings after an outraged reaction from the US government.

The victims’ families are also calling for the United States to re-examine its $1.5 billion annual aid package for Amman and are asking for an official apology from Jordan.

“King Abdullah II of Jordan has never apologized for the murder of our sons. Not once,” Brian McEnroe, the father of one of the murdered US Army special forces officers, said at a press conference on Friday. “The Kingdom of Jordan and its leader King Abdullah have depended on the US for military and financial aid, to the tune of over a billion dollars each year. I believe its past time to re-evaluate the relationship.”

In a statement, the Embassy of Jordan in Washington did not directly address the suit, but said it “deeply regrets the tragedy, and has done its best to achieve justice.”

The lawsuit is particularly noteworthy for its wide interpretation of JASTA, which the Barack Obama administration warned could be used to target US allies and the United States itself when it vetoed the bill. The House and Senate overwhelmingly voted to override that veto in September 2016.

Some lawyers question JASTA’s applicability in the Jordan suit since the law is narrowly written to allow American citizens to sue foreign governments in connection to terrorist attacks in the homeland.

“They never explain how it applies here,” Curtis Bradley, a Duke University law professor, told Al-Monitor in an email. “I don’t see how it could apply given that the terrorist attack occurred outside the United States.”

In the 2016 incident, Tayeh allegedly exited his guard post and fired into the cab of a vehicle carrying Lewellen and McEnroe, while Moriarty and another US soldier sought cover by concrete barriers. Tayeh then shot Moriarty, who had yelled in English and Arabic that the US troops posed no threat, at close range.

The suit argues that the slain US soldiers should be afforded the same legal protection as American diplomats in light of the 1996 Status of Forces agreement between the United States and Jordan. Some experts view that argument as overly broad.

“The complaint is very clearly trying to paint legal authorities in the most favorable light to squeeze into these JASTA [laws],” said Scott Anderson, a former State Department lawyer during the Obama administration. “It’s a real stretch.”

Another Washington lawyer familiar with the case, speaking on condition of anonymity, said that while the litigation had long odds of success, it could open the door for more US citizens seeking damages against foreign governments.

The suit comes as Congress and US plaintiffs are seeking new legal avenues to sue for damages in terror cases. Many of those efforts are being pursued on behalf of the families of American service members.

In 2017, US service members sued five drug companies doing business with Iraq’s Ministry of Health — once controlled by Shiite cleric Muqtada al-Sadr — for allegedly abetting terrorism. The suit claims drugs were sold at a profit on the war-torn country’s black market.

Social media companies Google, Facebook and Twitter have defeated recent suits claiming that permissive rules on their platforms allowed militants to plot attacks. The Anti-Terrorism Clarification Act, which President Donald Trump signed into law in October, requires foreign entities to consent to the jurisdiction of US federal courts as a condition for receiving foreign aid, potentially jeopardizing US assistance to Jordan, Egypt, Iraq, the Palestinians and others.