US Secretary of State Mike Pompeo told Turkish Foreign Minister Mevlut Cavusoglu in a phone call that Turkey’s purchase of the Russian S-400 missile defense system is a threat to the United States. . 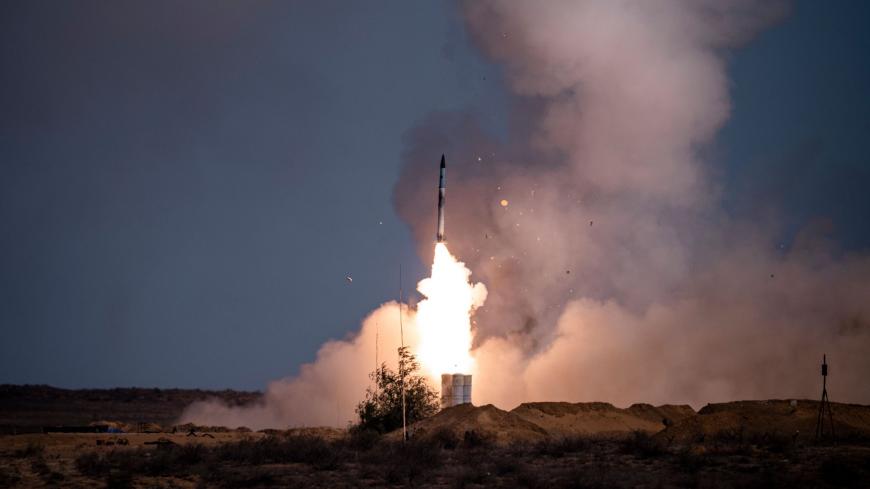 A rocket launches from a S-400 missile system at the Ashuluk military base in southern Russia on Sept. 22, 2020, during the "Caucasus-2020" military drills gathering China, Iran, Pakistan and Myanmar troops, along with ex-Soviet Armenia, Azerbaijan and Belarus. - DIMITAR DILKOFF/AFP via Getty Images

The top US diplomat told his Turkish counterpart that Turkey’s purchase of a Russian air defense system “endangers” US security forces on a recent call.

US Secretary of State Mike Pompeo spoke to Turkish Foreign Minister Mevlut Cavusoglu, a State Department spokesperson said on Thursday. Pompeo told Cavusoglu that Turkey’s purchase of the Russian S-400 missile defense system is a threat to the United States.

“Secretary Pompeo made clear to Foreign Minister Cavusoglu that Turkey’s purchase of the S-400 system endangers the security of U.S. personnel and military technology and allows Russian access to the Turkish armed forces and defense industry,” said the State Department spokesperson in a statement.

Turkey purchased the S-400 missile defense system from Russia in 2019 over objections from the United States. Both Turkey and the United States are part of the trans-Atlantic NATO military alliance. Russia is not, and opposes NATO on many issues in eastern Europe in particular. NATO members have signed a collective defense pledge as well as agreements on “harmonizing defense and arms control policies.”

President Donald Trump’s administration finally placed sanctions on Turkey over the S-400 purchase this month. Cavusoglu called the sanctions “wrong” in response and said Turkey will not reverse course on the S-400.

The United States said the sanctions were necessary because of the adversarial relationship it has with Russia.

“The Secretary stressed that the goal of the sanctions is to prevent Russia from receiving substantial revenue, access, and influence, and they are not intended to undermine the military capabilities or combat readiness of Turkey or any other U.S. Ally or partner,” said the State Department spokesperson.

Pompeo’s comments came a day after similar criticism from Congress. On Wednesday, the top Democrat and the top Republican on the House Foreign Affairs Committee said that Turkey’s purchase of the S-400 undermined the NATO alliance. They also criticized Turkey’s attacks against US-backed Kurdish forces in Syria and its energy exploration in parts of the Mediterranean Sea claimed by Greece and Cyprus.

Cool US-Turkey relations could continue when President-elect Joe Biden takes office in January. Turkish President Recep Tayyip Erdogan took several days to congratulate Biden on his projected victory in the US presidential election, maybe because of Biden’s past criticism of the longtime Turkish leader. The former vice president also criticized Turkish policy in the Armenia-Azerbaijan conflict during the race.