Meeks has a lengthy voting record on the Middle East and has been praised by a variety of Israel- and Iran-focused groups. 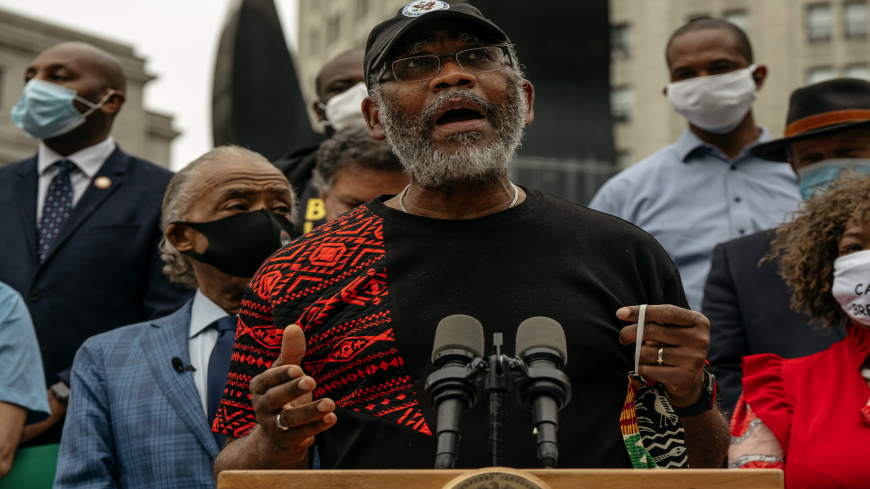 US Rep. Gregory Meeks (D-NY) speaks at a press conference calling for a ban on police chokeholds in Foley Square on June 2, 2020, in New York City. Over a dozen elected officials from the federal, state and city level spoke at the conference, citing the killings of George Floyd and Eric Garner by police officers as examples of chokehold tactics leading to fatal interactions between unarmed African Americans and law enforcement. - Scott Heins/Getty Images

A longtime New York congressman has been elected the next chair of the House Foreign Affairs Committee.

Gregory Meeks (D-NY) was elected to the position Dec. 3, becoming the first Black person to hold the powerful position. His victory has drawn praise from a variety of Middle East-focused groups in Washington.

Meeks is an 11-term congressman who was first elected in 1998. He represents a district of the New York City borough of Queens. He succeeds Eliot Engel, another New York City Democrat, who lost his primary election this year. Engel was strongly pro-Israel and relatively hawkish on Middle East policy, having voted in 2002 for the Iraq War. He was ousted by pro-Palestinian progressive Jamaal Bowman in his primary. Meeks defeated Joaquin Castro (D-TX) for the position.

The chairman-elect has a long history of voting on Middle East issues. Meeks voted against the Iraq War in 2002. He is generally pro-Israel and has voted for military aid to the Jewish state. In a press release after being named the next chair, Meeks mentioned a desire to return to the Iran nuclear deal, which he voted for in 2015.

Several Middle East interest groups praised Meeks upon his being elected the next chairman. The Democratic Majority for Israel, which supports pro-Israel policies in the Democratic Party, said Meeks “brings to that role extensive experience, deep knowledge and a longstanding commitment to the US-Israel relationship.” J Street, which supports “pro-Israel, pro-peace” policies on Israel and Palestine in contrast with the more staunch pro-Israel lobbies, congratulated Meeks and noted they have endorsed him since 2016. The National Iranian American Council, which highlights views of the Iranian-American community, said Meeks was “vital to building support for diplomacy with Iran” during the negotiations for the nuclear deal.

Progressive groups pressured Democrats to name someone more in line with the party’s left wing after Engel’s defeat. Several progressive candidates ran in Democratic primaries in 2020, with some taking more pro-Palestine positions in particular. The party’s 2020 platform also represented a shift toward more criticism of Saudi Arabia, as well as continued support for engaging Iran diplomatically.

Some farther-left Democrats may not agree with Meeks during his tenure. Democracy Now! reported that many progressive groups supported Castro over Meeks.

Meeks will officially become chairman on Jan. 3 when the 117th United States Congress is sworn in.