Engel is out — will the new foreign affairs chairman upend his Mideast policies? 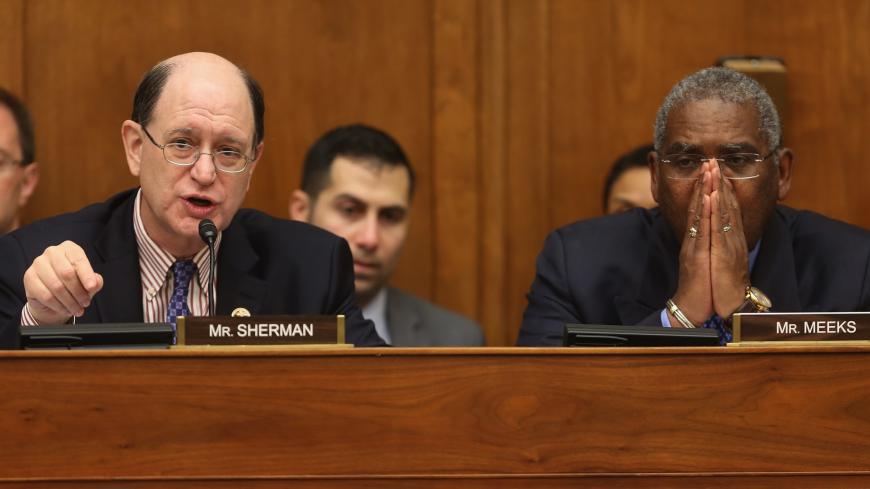 The writing has been on the wall for Rep. Eliot Engel, D-N.Y., for weeks after losing his primary to progressive insurgent Jamaal Bowman last month. Today, The Associated Press called the race against the House Foreign Affairs Committee chairman.

Three lawmakers have already shown interest in becoming the next Democratic leader of the venerable committee in a race that is quickly starting to echo Bowman’s foreign policy attacks against Engel.

Reps. Brad Sherman, D-Calif., Gregory Meeks, D-N.Y., and dark horse candidate Joaquin Castro, D-Texas, are already pitching their cases to their colleagues as to why they should chair the committee should Democrat maintain control of the House in the November elections.

A coalition of progressive groups led by Demand Progress and Win Without War are pushing Democrats to nominate a foreign affairs leader who will take the committee in a more progressive direction, echoing many of the foreign policy grievances Bowman raised against Engel in the primary election.

“For years there has been a disconnect between [the House Foreign Affairs Committee] and the rest of the House Democratic caucus regarding the United States’ most consequential foreign policy issues, such as the Iraq war [and] President Obama’s diplomatic agreement to limit Iran’s nuclear program,” the 70 progressive groups wrote in a letter to House Speaker Nancy Pelosi, D-Calif, Majority Leader Steny Hoyer, D-Md., and Democratic whip James Clyburn, D-S.C.,

The progressive organizations are lobbying for Castro, while stipulating a series of foreign policy criteria that they want the next chairman to uphold, ranging from Israel to Iran to Iraq to Saudi Arabia.

It is widely expected that Sherman and Meeks — the two most senior members on the committee — would continue Engel’s pro-Israel legacy, though Sherman has a history of taking a harder line on Iran than Meeks. And while House Democrats generally favor seniority when allocating leadership positions, 70 progressive and anti-war groups have lined up behind Castro’s candidacy, demanding a substantial overhaul of the committee’s foreign policy.

“Our foreign affairs committee needs to catch up with where Democrats are in terms of foreign policy,” Castro told The Washington Post earlier this week. “Over the years, there have been too many voices excluded; I think too often Palestinian voices have been excluded. If the United States is going to be an arbiter of peace, it has to be willing to hear from the different sides, and in my estimation we’ve not always done that.”

That includes “leveraging the annual $3.8 billion in US military funding to Israel” to end the occupation of the West Bank and the military blockade on the Gaza Strip.

This is not Sherman’s first bid to lead Democrats on the Foreign Affairs Committee. He won an acrimonious primary against former committee Chairman Howard Berman in 2012 after redistricting in California. But Sherman’s colleagues opted to give the position to Engel instead. All three Democrats boasted strong pro-Israel credentials.

Neither Sherman nor Meeks are likely to clash with Rep. Ted Deutch, D-Fla., another AIPAC-friendly Democrat who will likely maintain control of the committee’s Middle East panel. But when it comes to Iran and Iraq, Meeks’ record tracks closer with the progressive coalition that backs Castro than it does with Sherman.

Engel and Sherman vehemently opposed President Barack Obama’s Iran nuclear deal — even though they subsequently condemned President Donald Trump’s 2018 withdrawal from the accord — and voted in favor of the 2002 Iraq war authorization. Conversely, Meeks and Castro supported the Iran deal, and Meeks voted against the Iraq war. (Castro was not in Congress during the 2002 vote to invade Iraq).

And while the letter also calls on the next chairman to reassess “blunt economic sanctions that deprive people of income, food, medicine and other essentials in countries such as Iran,” all three candidates — including Castro —– voted for additional sanctions on Tehran in 2013 despite opposition from the Obama White House.

The letter also asks Democrats to “reject any candidate who opposed blocking sales of cluster bombs, precision guided munitions and other weapons to Saudi Arabia or the United Arab Emirates during their intervention in Yemen after their use was documented and recognized as war crimes.”

Sherman joined Engel in voting against a ban cluster bombs to the Saudi-led coalition in 2016. The legislation, which Meeks and Castro voted for, narrowly failed to pass the House 216-204.

But like most lawmakers, Sherman has become increasingly outspoken against Saudi Arabia following the 2018 murder of journalist Jamal Khashoggi. Specifically, he has led legislative efforts that would block the Trump administration from establishing a civil nuclear cooperation agreement with the Saudis unless Riyadh agrees to a series of stringent nonproliferation precautions that Crown Prince Mohammed bin Salman has so far resisted.