Shops selling alcoholic beverages in Baghdad are constantly targeted. Some Iraqis see this as part of the war on their personal freedoms. 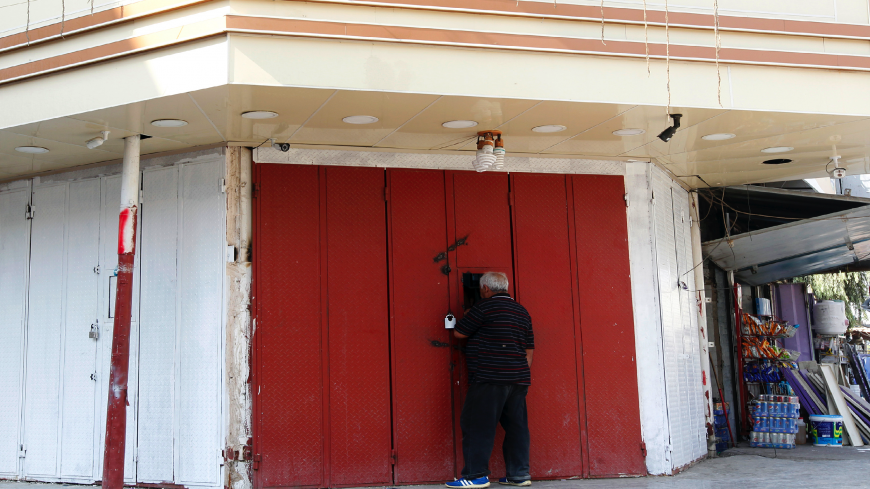 An Iraqi man buys liquor from a closed shop that is selling illegally through a window, in Baghdad, Oct. 23, 2016. - SABAH ARAR/AFP via Getty Images

A few hours prior to the attack, the Iraqi Interior Ministry closed 91 liquor stores and nightclubs in Baghdad, claiming they were unlicensed, at a time when armed groups are already targeting these places.

Six days earlier, Iraqi security forces dismantled an explosive device near a liquor store in the upscale district of al-Mansour, which is located far from the influence of armed groups.

A group calling itself People of the Good issued a statement on Dec. 14, calling on Iraqi security forces to stay away from liquor shops. "After the number of security forces increased to protect these stores, we call on them to move away from them, because we will continue targeting them until the land of Baghdad is cleared of their filth," the group said.

People of the Good is one of the unknown groups that appeared recently; it is widely believed to be affiliated with Iran-backed Kataib Hezbollah.

Accordingly, it seems that targeting liquor stores is seemingly a systematic move and part of the process to restrict personal freedoms. On Dec. 3, an improvised explosive device detonated in a nightclub on Abu Nawas Street facing the Green Zone. One day earlier, unidentified people threw a stun device at another store in the eastern Baghdad neighborhood of Zayouna.

Seven attacks on liquor stores have occurred in Baghdad from Nov. 15 to Dec. 14, and Iraqi authorities have not taken a stance.

Al-Monitor tried to speak with the Ministry of Interior and sent questions to its spokesman, Maj. Gen. Khalid al-Muhanna. He did not reply to the questions despite his prior approval to speak.

Local media quoted a security official as saying that “the bombings are no longer the same as before and are limited to stun grenades designed to scare the owners of the liquor stores or nightclubs and force them to pay this or that group a monthly sum of money. Rather, they extended to extremist groups from within the influential militias in Baghdad.”

Fingers of accusation are being pointed at armed groups close to Iran. Rab Allah (God's Fellows), which set the Kurdistan Democratic Party headquarters on fire in October, has emerged as of late. Rab Allah also attacked the MBC Iraq office and offices of Iraq's Dajla a few months ago, and it stormed a massage center in Baghdad.

This group of unidentified people is active on Telegram with its own channel and more than 10,000 subscribers. It has posted operations conducted against some stores. Al-Monitor was able to reach one of its members and spoke to him on condition of anonymity.

This member said, “We are a force to vent the anger of the masses that the Shiite political parties failed to meet the revolutionary aspirations of. We are a voice rising above injustice, agreements and divisions among political parties.”

He added, “We are not accustomed to liquor shops or nightclubs, and the recent attack on a massage center was not a part of our work approach. Our Telegram channel recently started talking about what is permissible and what is not and the Sharia law. This is our approach to fight those who want these stores to be open in the residential areas.”

When the Rab Allah group stormed a massage center in Baghdad on Nov. 26 and attacked its employees and clients, pro-Rab Allah accounts wrote, “To all the centers of disobedience and prostitution in Iraq, we are on the lookout and the worst is yet to come.”

Speaking to Al-Monitor, journalist and author Sarmad al-Taie said, “We are facing a new rise of religious extremism, and the big responsibility is that of the parties and the state. The state’s weakness and silence have been dangerous indicators that make us worry about freedoms and their future.”

At the Nov. 27 demonstration in Tahrir Square in Baghdad held by supporters of Muqtada al-Sadr and his movement, bottles of alcoholic beverages were set on fire, thus delivering the message to prohibit liquor.

On June 23, Abu Ali al-Askari, a Hezbollah security official in Iraq, tweeted, “With the sound of the Qur’an [recitation] at dawn, the sound of vandalism of liquor stores in Karrada has pleased our souls before our ears. Bless your pure hands. …” The tweet coincided with attacks on liquor stores in Baghdad.

He added, “It is a duty to confront the Munkar, which is no less rewarding than killing [Islamic State (IS)] gangs and the occupation. Bring back to your country the culture of authenticity and honor. Do not despair or be sad.”

Hamid Jahjih, activist in the Iraqi protests and prominent freedom advocate in Iraq, said some Islamic groups have clear intentions of shutting down liquor stores, private halls, nightclubs and normal restaurants where music is played.

He told Al-Monitor, “This clear trend that ended with the closure of clubs and shops selling alcohol under the pretext that they have no licenses. This is called freedom restrictions with the state’s knowledge and approval.”

It has become clear that the attacks on the liquor stores are a systematic approach carried out by Shiite armed groups. These are the same groups that fought in the war against IS and are known for their opposition to liquor stores and nightclubs.

Iraqis fear that Baghdad may turn into a capital devoid of liquor shops and nightclubs, as they link their presence with their personal freedoms and struggle against Islamic extremist groups.