Amid curfews and an unstable security environment, Iraqis in the nightlife business live in constant fear of militia attacks, security raids and customer brawls. 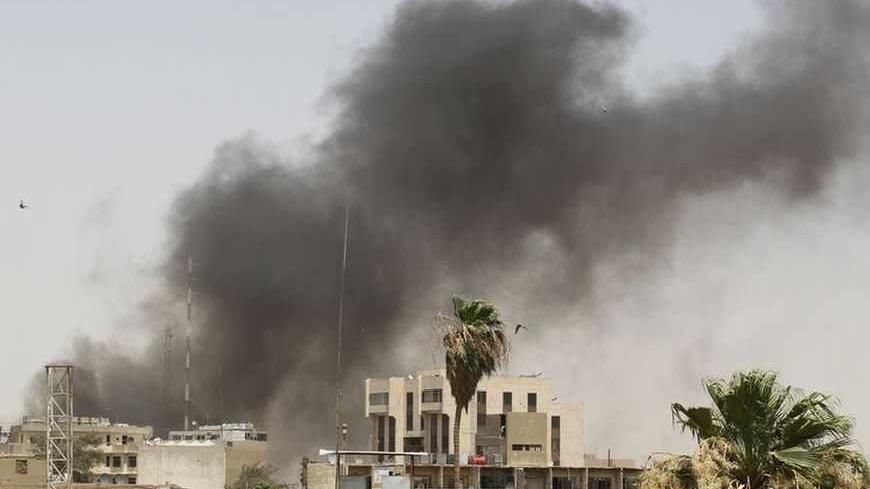 Ali al-Karadi owns a share in several nightclubs in Baghdad. He drives to his venues after midnight, and with the start of the curfew, carries a special permit for artists and singers who are allowed to commute at that hour.

Karadi recently resumed work after Ramadan, during which nightclubs and liquor stores close. He is not sure, however, if his business can survive in light of Ramadan attacks on a number of Baghdad cafes on the ground that they spread vice. Karadi said with concern, “If they have attacked cafes that serve tea and shisha, what will they do to us?"

In September 2012, heavily armed security forces descended on nightclubs and other social establishments in Baghdad. They were closed under the pretext that they lacked official permits to conduct business.

Karadi told Al-Monitor from Baghdad on Aug. 9, “The government does not issue such permits. The local government in Baghdad municipality has delegated the responsibility of granting permits to the tourist police, and the latter has delegated the responsibility to the Ministry of Tourism." He explained, “No one in Iraq, be they a politician or administrative official, assumes the responsibility of issuing permits to open nightclubs, or even liquor stores, since the religious parties that dominate the state fear that such an act would be used against them by political opponents.”

Karadi also revealed, “Still, Baghdad nightclub-goers, who willfully lock themselves inside nightclubs from midnight until the end of the curfew in the morning, do not hesitate to head to clubs, which take the risk of opening on the Eid holidays, especially in major hotels.”

During his night rides, Karadi takes along bags filled with food or nuts, which he hands out at checkpoints when he is stopped. Most of the policemen at the checkpoints know him and greet him enthusiastically. They consider these night shifts to be a vacation, some kind of reward, with some bribing their bosses to move them to these slots.

Hassan, manning a checkpoint on Sadoun Street in Baghdad, told Al-Monitor, "We relax after the curfew, since hardly any cars drive by, except those carrying government officials. Also, there have been no attacks or operations against checkpoints after midnight, while the day shift carries the risk of death by any of the thousands of vehicles that stop at our checkpoint daily."

Speaking of Baghdad's nightlife, Karadi offered, “The police, and even high-ranking officers, do not have negative views about nightclubs. Many of them go to nightclubs in civilian attire. However, some senior officers and government officials would rather see them closed since they attract their children.” According to Karadi, “Senior officers and their children are regular customers at our [nightclubs]. We offer them discounts and facilities in return for protection.”

He shared an incident in which a senior officer came to a nightclub frequented by his young son and threatened to close it. Karadi asserted, "I told him quietly that closing the club would not protect your son, as he will find another source of entertainment, either inside and outside Iraq. Here, he is [at least] in front of your eyes and near you." He continued, “The officer only left after I promised to watch his son’s movements. I send him text messages daily about when his son comes to the club, the people he meets and what time he leaves."

Sometimes big problems do occur. Said Karadi, "In the presence of prostitutes, dancers, singers, alcohol and impulsive youths, quarrels are inevitable. We have a security team that handles such incidents. But sometimes, incidents happen between gangs or officers and develop into fights that we try to move outside the club."

Karadi described a club, saying, “The show opens with a singer and usually lasts for an hour. However, the singer only sings for a few minutes. He wastes most of the time walking between tables and sending greetings from one table to another or to themselves and their families. This is accompanied by the scattering of hundreds of bills, as a display of wealth, influence and clout."

A young singer who requested anonymity told Al-Monitor, "We are forced to do this. The market price of a singer in Baghdad is determined based on the amount of money scattered during his show, and not his singing." The singer, who wore shiny white clothes and hair gel, added, "The problem is that when these greetings begin to convey political, racial or sectarian messages, we find ourselves in a very awkward position. Sometimes, we get attacked, whether for sending these greetings or refraining from doing so."

The singer, who has worked at clubs in Syria, Jordan, Lebanon and the United Arab Emirates, says that nightlife in Baghdad is no different from anywhere else in the world. It is secretive, however, constrained by curfews and filled with anxiety about potential attacks by militias or security agencies and fist fights between customers who have grown tired of showing off by spending money.