Israeli, Jordanian foreign ministers meet, with plenty of issues on their agenda

Israel's normalization agreements with the United Arab Emirates and Bahrain and Israel’s apparent rapprochement with Saudi Arabia worry Jordan, especially when it comes to its special custodian status in Jerusalem. 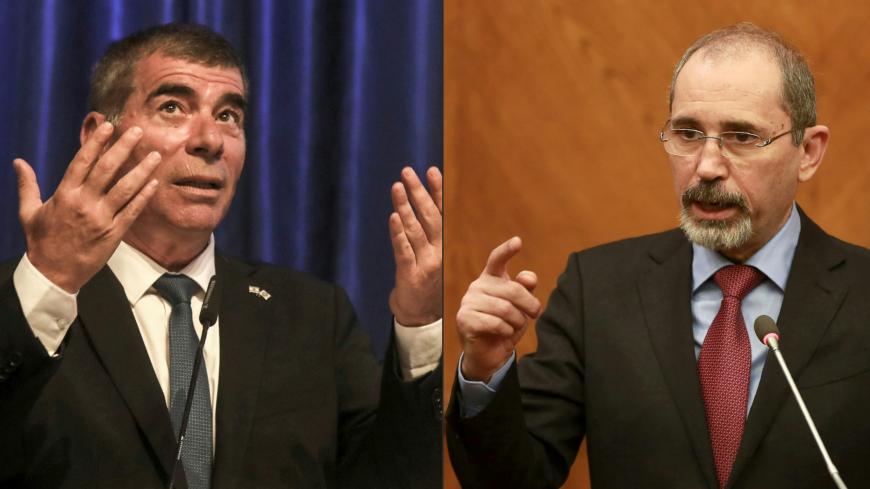 This combination shows a file photo taken June 10, 2020, of Israel's Foreign Minister Gabi Ashkenazi (L) during a press conference in Jerusalem and another one dated Jan. 13, 2020, of his Jordanian counterpart Ayman Safadi at a news conference in Jordan's capital, Amman. The two ministers held a rare meeting Dec. 3, 2020, at the King Hussein (Allenby) Bridge crossing between Jordan and the Israeli-occupied West Bank.

The Jordanians are said to have asked for the meeting in order to discuss some practical matters. The list of issues that came up in the meeting was quite long. A statement issued by the Jordanian Foreign Ministry said the two men talked about "a number of pending concerns, including water, lifting restrictions on Jordanian exports to the West Bank, Jordanian provision of additional electricity to the Palestinian Authority and organizing movement through border crossings in light of their closure due to the coronavirus pandemic."

The Israeli Foreign Ministry confirmed the meeting, but refused to give any more details. Still, reports claimed that Safadi raised the possibility of Israel renewing talks with the Palestinians under the auspices of the new American administration.

Reports further said that Safadi asked Ashkenazi for the Israeli take on the latest Palestinian initiative for a regional peace summit with Jordan and with Egypt. Some see this as a sort of a Palestinian counterreaction to Israel’s rapprochement with Gulf states. This issue of a regional summit was raised by Palestinian President Mahmoud Abbas two days earlier, when he visited Amman and met with King Abdullah II.

But there was one more issue that Safadi raised with Ashkenazi — that of the Temple Mount compound (Haram al-Sharif).

Under the 1994 peace agreement between the two countries, and with the agreement of the Palestinians, the site is administrated by the Waqf Muslim religious authorities, under Jordanian custodianship. As such, Amman has a special role and control over the holy place.

In the past two years, Turkish President Recep Tayyip Erdogan has made several statements about Jerusalem, raising some fears in Amman about Turkey’s ambitions with regard to Jerusalem and the Temple Mount. The recent normalization agreements between Israel and the Emirates and Bahrain, and Israeli rapprochement efforts with Saudi Arabia, further increased Jordanian fears over maintaining its special status as custodian. Political analysts say Amman worries about an Israeli-Saudi deal where Riyadh would agree to normalization in exchange for some hold over the Temple Mount compound.

These Jordanian concerns first arose after the Aug. 13 announcement by US President Donald Trump about the normalization of ties between Israel and the Emirates. On Aug. 17, Israeli Prime Minister Benjamin Netanyahu addressed the issue of the Al-Aqsa Mosque; he said special arrangements will be made for Muslims from the Emirates and Bahrain to enable them to pray there safely. Israeli, Jordanian, Palestinian and Emirati representatives discussed the issue in mid-November, reaching a compromise. The Emirati tourists and pilgrims would enter the compound from the eight gates reserved for Palestinian and Jordanian worshippers.

Still, this compromise seems to have done little to reassure the Jordanians. Shortly after the Nov. 22 meeting between Netanyahu and Saudi Crown Prince Mohammed bin Salman, Abdullah spoke on the phone with US President-elect Joe Biden. After the phone call, the Jordanian Foreign Ministry stated it rejects any alleged attempts to alter the historical and legal status quo at the Temple Mount. Ministry spokesman Daifallah al-Fayez  said, “The kingdom will continue its efforts to protect and care for the mosque, and preserve the rights of all Muslims to it in compliance with the Hashemite custodianship of Jerusalem’s Muslim and Christian holy sites.”

In parallel, Palestinian reports accused Israel of agreeing for Saudi Arabia to establish some charity structures in Jerusalem, not unlike how Turkey has been operating in recent months in the east of the city. The reports also claimed that Israel would agree for there to be Saudi representatives within the Waqf administration. While none of these reports were confirmed, their mere publication attests to the level of concern in Ramallah and in Amman.

Jordan raised the issue publicly at a UN General Assembly meeting Dec. 2, where the plenum discussed annual anti-Israeli resolutions. A representative of the Jordanian delegation warned that Israel is attempting to “impose a fait accompli on Al-Aqsa Mosque and Jerusalem,” adding that Jerusalem’s “holy sites will remain the focus of Jordanian care and guardianship.” Israel’s envoy to the UN, Gilad Erdan, categorically denied these allegations.

An Israeli diplomatic source told Al-Monitor that Jerusalem is well aware of these concerns and by no means wants to further destabilize its delicate relations with Amman. On the other hand, Jerusalem has a strong desire to make future tourists from the Gulf feel at home in Israel. Unlike Israel's peace with Jordan and with Egypt, where tourism is one-sided (the great majority of tourists are Israelis visiting both countries, not the other way around), normalization with Bahrain and the Emirates could generate waves of Arab pilgrims and tourists to Israel.

There are also some silver linings to the Israeli-Jordan talks. In April, Israeli farmers left for the last time the Tsofar agricultural enclave, which they had cultivated for 25 years. Jordan refused to renew the lease because of the tensions between the two countries. It was a bitter negotiation episode, which lasted several months. Jordan refused to compromise, and the land was handed back. Still, with that issue settled, some thought Amman might be willing to open a new diplomatic page with Jerusalem.

A first encouraging sign came Oct. 8, when Israeli and Jordanian civil aviation authorities signed a new aviation agreement, enabling commercial flights to cross the airspace of both countries. Still, the Israeli diplomatic source warned that the road to warmer ties between Amman and Jerusalem is still long. In any case, he said, nothing much is expected to happen before Jan. 20, when Biden is sworn in.

In July, France and Germany discussed with Egyptian and Jordanian representatives an initiative for relaunching the Israeli-Palestinian peace process. Once Biden is sworn in, the Europeans might bring this idea up again. Clearly, any progress on the Israel-Palestinian track would reassure Amman about Jerusalem’s intentions. 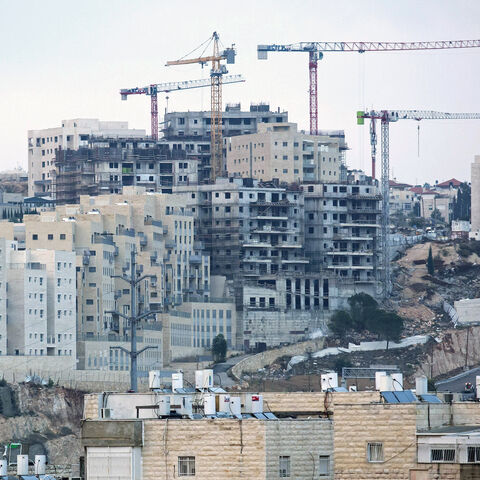 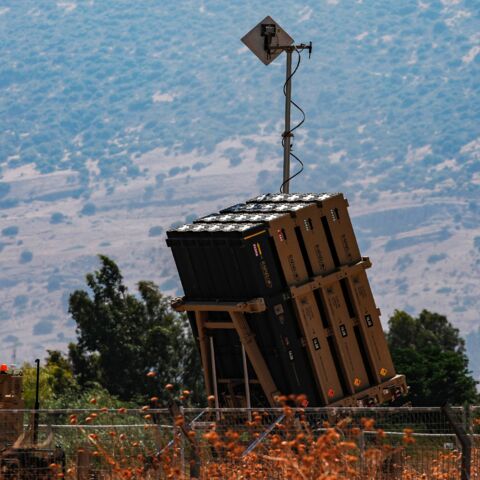