No other politician in Israel, not even the young ones, masters YouTube, Instagram and other social networks as skillfully as Prime Minister Benjamin Netanyahu. 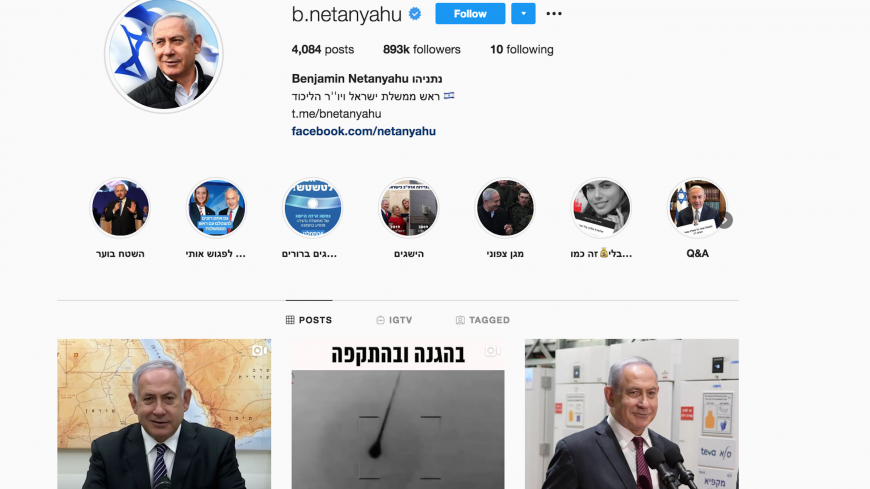 In September, Prime Minister Benjamin Netanyahu uploaded a clip showing him “mobilizing” young Israelis to battle the coronavirus. The highlight of the clip featured Israel’s hottest teen music and television star, Noa Kirel, as Netanyahu’s special envoy to raise awareness of the importance of masks and social distancing. The goal was worthy. Kirel was recruited directly by Netanyahu’s people through her agent and family members. However, no one thought to get permission from the Israel Defense Forces (IDF) although the 19-year-old is performing her mandatory military service and as such is banned from political activity of any kind. The fact that her commander, Defense Minister Benny Gantz, is a bitter rival of the prime minister obviously did not figure in the considerations of those involved in the production, either.

Naturally, the clip set off a storm, with the IDF announcing that Kirel’s appearance was a serious violation that would be examined and its lessons learned. Netanyahu and his people were not too bothered. The clip went as viral as the coronavirus, if not more so, with the nation’s most popular teen commodity lending the country’s septuagenarian leader a cool, youthful image at the cost of a low-budget video clip and a little public grumbling by his opponents. Even as the clip was sweeping social media and setting public agendas, a new video starring the prime minister popped up.

This new clip, released Dec. 10, had Netanyahu on a studio stage holding a microphone and singing a love duet with Israel’s top singing star, Eden Ben-Zaken. The song, “I have love in me, and it will triumph,” is one of the most popular oldies on Israel’s national playlist, originally performed by the much beloved singer Arik Einstein, who died in 2013. While Netanyahu’s rivals were still seething over the previous recording, his new media and digital team charged ahead with its campaign to take young Israelis by storm. “They’re wild about this,” a senior entertainment industry source told Al-Monitor on condition of anonymity. “This is turning Netanyahu into a teen idol,” the source added, referring to the cooperation shaping up between Netanyahu’s people and the “Israel Entertainment” Instagram feeds highly popular among young viewers.

Netanyahu’s duet with Ben-Zaken caught the political arena by surprise. It immediately surged to the top of the YouTube charts, further widening the gap between his social media presence and popularity among young Israelis and those of his rivals. Netanyahu displays surprising vocal talents on the clip, although recording software may have had something to do with fixing his false notes. Nonetheless, his voice blends in well with Ben-Zaken’s professional rendition and the joint cover has turned into an overnight sensation, rightly so. It is not just that Netanyahu leaves his rivals far behind, time after time. The more precise description is that Netanyahu is playing on an empty field. He is the only one who understands the rules of the game, the only one who has practiced and shown up on time. He is the only one who has cracked the Israeli genome using state-of-the-art tools.

At 71, he is a master of Facebook, Twitter, Instagram and other digital platforms. He sets the pace, leads the way, innovates and displays creativity and humor while his far younger rivals are stuck in the past. He posts numerous clips on all media, some humorous, catchy and sweeping. His energetic team members, many of whom performed their military service at the IDF spokesperson's office and specialized there in digital media, were brought on board by his son Yair, who met them during his own stint in the army. They are enthusiastic and daring. “We’re looking into the possibility of putting Netanyahu on Tik-Tok,” a source in the prime minister’s circle told Al-Monitor (on condition of anonymity) with a totally straight face. “Actually, why not?”

To understand the popular (as opposed to political) impact of the clip, Americans should try to imagine President Donald Trump recording a Bruce Springsteen cover with Beyonce. The fact that the lyrics of the song talk of love, while Netanyahu mostly spreads incitement and division, does not seem to have registered with most fans. Netanyahu, beaming across the studio stage at the young singer, mouths the words, “I have love and it will triumph,” but such a voice is nowhere to be heard when his supporters and admirers stalk the streets spraying graffiti and holding up banners saying “leftists are traitors.” Ultimately, he comes across as charming, perhaps even touching, even as he continues to spread discord.

Netanyahu’s overwhelming advantage in the media arena joins his even more decisive edge in the cyber realm. Netanyahu is a serial generator of likes and aggregator of followers, likely aided by a vast cybernetwork active on Facebook, Twitter and other platforms. Each post, clip or photo immediately registers a slew of likes, some originating from the Far East where Hebrew is hardly the language of choice. It is likely that Netanyahu’s fans also activate bots, avatars and accounts designed to glorify him and drum his messages across the cybersphere. He has no significant competitors on this field, either. He sometimes seems to be piloting an F-15 while his rivals are chugging along in a single-engine Cessna.

Netanyahu will need all these skills, and maybe a few miracles, to confront the new challenge he faces. By Dec. 23 we will know whether Israel is being plunged into elections in March, the fourth elections in less than two years, or whether the so-called unity government Netanyahu has forged with Gantz will continue limping along. If elections are called, Netanyahu will find himself dealing with three parties positioned to his right, an unprecedented political array in Israeli history.