Iran says no new negotiations until US reenters nuclear deal 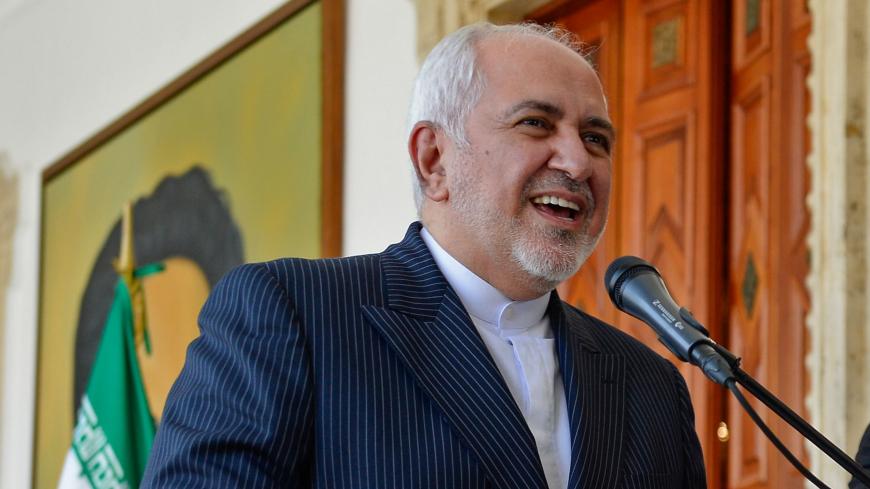 Iranian Foreign Minister Mohammad Javad Zarif told the Rome Mediterranean Dialogue 2020 Thursday that if the Biden administration wants to reenter the Iran nuclear deal, it must do so with no preconditions.

Zarif called the Trump administration “unscrupulous” for violating Resolution 2231. He said, “If the Biden administration also wants to be unscrupulous it could seek negotiations for adhering to their commitments. Under this resolution the US has commitments and they are not in a position to set conditions in order to implement those commitments.”

Zarif added, “The US must suspend its violations of international provisions; this does not require negotiations.”

US President Donald Trump exited the nuclear deal in May 2018 and reapplied sanctions on Iran, severely impacting the Islamic Republic's economy and its ability to sell its oil.

With the Trump administration on its way out and the incoming Biden administration signaling that it would reenter the JCPOA, some have argued that the United States should use the existing sanctions to get more concessions out of Iran on both nuclear and other issues such as the country's missile program and regional policy.

Zarif has been adamant that there will be no new negotiations on a previous issue. “We will not negotiate on what we agreed upon in a previous negotiation.” He said the JCPOA was based on a “give and take” and was the result of two years of talks. He referred to calls for negotiations as “ill intentions.”

Zarif said the reason missiles and regional issues weren’t negotiated is that Western countries would not “put aside their destructive policies.” He said Western countries send more arms to the Middle East than any other region. He asked whether the West is ready to suspend these arm sales. He said that when countries such as the UK, France, the United States and Germany are willing to discuss their support for other countries such as Saudi Arabia, then such talks can be held.

Zarif also discussed the latest US sanctions, which he said have hampered Iran’s efforts to combat the coronavirus. He said the Central Bank of Iran and the Health Ministry have struggled to access Iran’s own money in other countries due to these new banking sanctions and that this has impeded the country's efforts to provide a vaccine to its populace. Iran has been one of the hardest-hit countries in the world and is experiencing its third COVID-19 wave. Iran's total registered deaths are at almost 50,000, although officials have said the actual number is likely higher.