As Iran reports considerable relief from the coronavirus pandemic, hopes are growing that the country’s indigenous vaccine could become available sooner than expected. 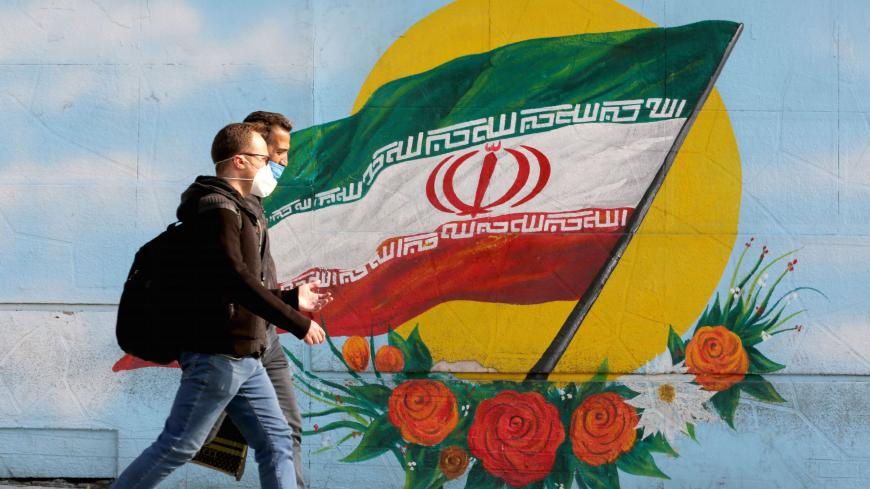 Men walk while wearing face masks amid the COVID-19 pandemic in the Iranian capital, Tehran, on Nov. 30, 2020. - ATTA KENARE/AFP via Getty Images

​Iran’s top epidemiologist, Dr. Minou Mohraz, said an Iranian-made vaccine against COVID-19 is expected to become available in the country before the end of the Iranian year, March 20, 2021.

Mohraz, who is also a senior member of the Iranian government’s special coronavirus task force, announced that clinical trials on some 60 volunteers from diverse age groups will begin as early as next week. According to Mohraz, the Iranian vaccine will have no side effects.

Iranian officials, including the country’s top central bank chief, have repeatedly argued that international banking restrictions have effectively crippled their ability to purchase and import the newly introduced Pfizer and Moderna vaccines. Ever since the release of the new vaccines, ordinary Iranians, who have seen the pandemic’s multiple and deadly rolling peaks in recent months, have been worried that the doses may reach them too late or not at all. Those concerns appeared valid, as Mohraz admitted that Iran lacks the advanced freezing technology to properly store and distribute imported vaccines.

However, Mohammad Reza Mahboubfar, another Iranian epidemiologist known also for his sociological work, accused authorities of sending mixed and contradictory signals to the public. “They say imports of the vaccines are impossible due to technical and financial reasons, but we can see the vaccine is being smuggled in from some countries and is delivered to powerful officials and their family members.” The epidemiologist used the Persian pejorative term “aghazadeh” to describe those people. The moniker has in recent years been applied to the privileged children of the well-connected and corrupt officials.

Also last week, a controversial promotion of “travel and health” advertising tours starting from around $500 to neighboring Turkey to get vaccine shots quickly went viral. Iranian officials nevertheless advised the public against falling for the swindle.

On Dec. 15, Iran’s Health Ministry reported 223 news deaths and some 7,700 confirmed cases, marking a drop of 50% from late November before the government introduced draconian measures and imposed lockdowns nationwide to curb the exponential rates.

Yet according to Mahboubfar, any relaxing of those measures could be devastating and may swiftly push daily mortalities to around 1,000. He warned that Iran’s failure to import the vaccine could also complicate pandemic control policies. “When ordinary Iranians watch people in their immediate vicinity from Turkey and Iraq to Afghanistan getting or about to get their doses, they will only lose patience with the frustrating quarantine conditions.”