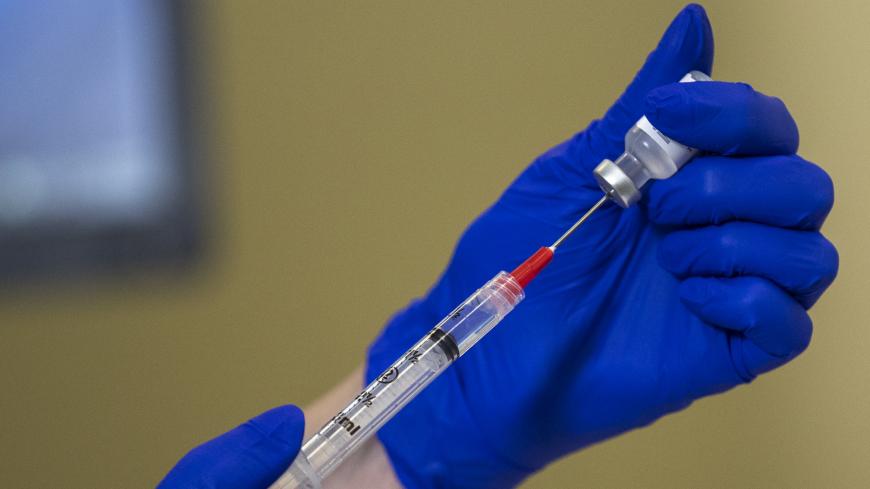 A dose of the Pfizer-BioNTech COVID-19 vaccine is prepared prior to a vaccine event at Kaiser Permanente Capitol Hill Medical Center on Dec. 17, 2020, in Washington, DC. - Shawn Thew/Getty Images

“God has endowed Bahrain with a society with a high level of awareness and keenness to adhere to all precautionary measures and directives issued by the national medical taskforce to combat the coronavirus, which had a great impact on the Kingdom’s ability to limit its spread within the community,” the king said in a statement carried by the Bahrain News Agency.

Bahrain approved the use of the Chinese-manufactured Sinopharm’s vaccine on Sunday, citing early data that indicated it was 86% effective. Bahrain also gave emergency-use authorization to the Pfizer vaccine earlier this month, making it the second country after the United Kingdom to do so.

The island kingdom announced last week that citizens and residents ages 18 and older would receive a vaccine free of charge. On Thursday, the Bahrain Health Ministry tweeted there was “remarkable turnout” following the launch of the nationwide vaccination campaign.

Bahrain, with a population of roughly 1.5 million, has recorded 349 deaths from the virus since late February.

Saudi Arabia's Health Minister Tawfiq al-Rabiah was among the first in the kingdom to be vaccinated Thursday, a day after the first shipment of the Pfizer-BioNTech vaccine arrived in the Gulf country.

"Today marks the start of relief to this crisis,” al-Rabiah said.

In Israel, Prime Minister Benjamin Netanyahu will get a vaccine on Saturday, his office said, ahead of the country’s vaccine rollout on Dec. 27. In Washington, Axios reports Vice President Mike Pence will receive his vaccine live on camera Friday morning.