The Mohammed Bin Rashid Space Center will select two applicants from a shortlist of 61 potential astronauts. 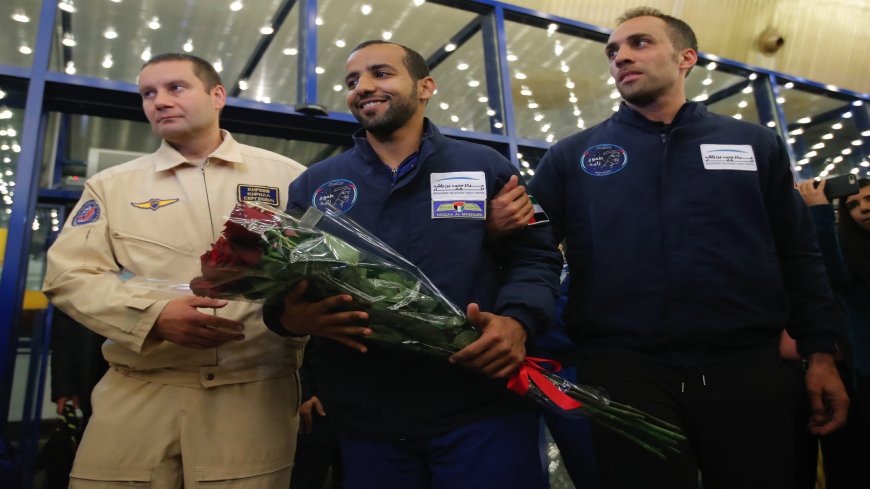 United Arab Emirates astronaut Hazza al-Mansouri (C) is seen after landing from the Russian Soyuz MS-12 space capsule at the airport of Karaganda, on Oct. 3, 2019. - DMITRY LOVETSKY/POOL/AFP via Getty Images

The United Arab Emirates announced on Sunday that 61 candidates had been shortlisted as part of the search for the country's next two astronauts.

The Mohammed Bin Rashid Space Center said 61 out of a pool of 4,305 applicants were under consideration following an online test, a virtual interview, and IQ, personality and technical assessments. The remaining applicants are currently undergoing medical testing before another round of interviews.

More than half of the applicants have an engineering background, and the rest have experience in the military, aviation or health care. The two chosen astronauts will join the 2021 NASA astronaut class and train on International Space Station systems at the Johnson Space Center in Houston, Texas.

“Our ambition to strengthen the UAE's position among leading countries in the space sector is the foundation under which the program was established,” said Yousuf Hamad Al Shaibani, the space center’s director-general.

“Building on our strategy in the space sector and solid foundations, our goal now is to continue to focus on developing a national cadre of astronauts capable of achieving the nation's ambitions in this field at the highest international levels and support future space exploration missions,” he added.

The search for new astronauts comes as part of Abu Dhabi’s growing investment in space exploration. Six years after opening its own space agency, the UAE launched the Arab world’s first interplanetary mission this July. The history-making, $200 million Emirates Mars Mission, also known as Hope, will spend seven months traveling to Mars before reaching the Red Planet in February 2021.

In September 2019, the UAE sent its first astronaut, Hazza al-Mansouri, to the International Space Station as part of a three-member crew that blasted off from Kazakhstan in a Soyuz space capsule. The Persian Gulf country has also unveiled plans to build the first human settlement on Mars within the next century, and architects are currently designing a prototype Martian city in the Emirati desert.