Moscow has actively resorted to a policy of diplomatic "spamming" — rubber-stamping protocol agreements to imitate the development of cooperation in the field of space. 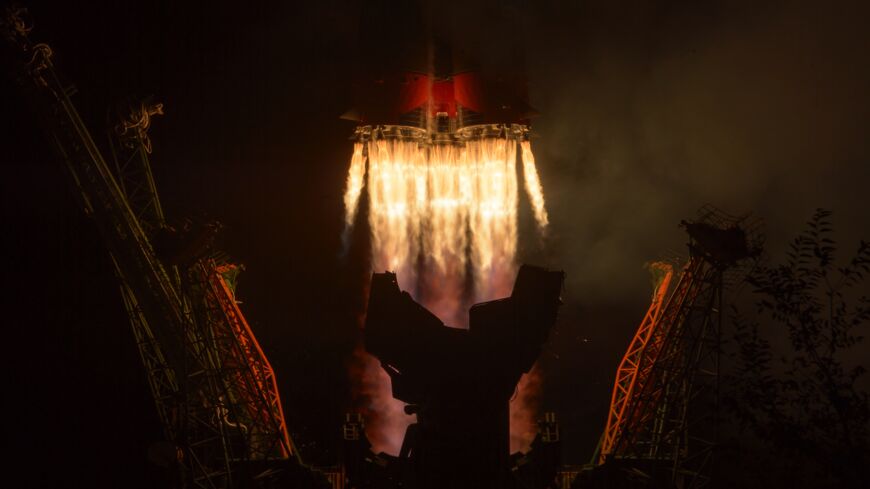 In this handout provided by NASA, a Soyuz MS-15 spacecraft is launched bound for the International Space Station carrying Expedition 61 astronaut Jessica Meir of NASA, spaceflight participant Hazzaa Al Mansoori of the United Arab Emirates and Expedition 61 cosmonaut Oleg Skripochka of Roscosmos, on Sept. 25, 2019, at the Baikonur Cosmodrome in Kazakhstan. Mansoori is the first astronaut from the UAE to launch into space. - Bill Ingalls/NASA via Getty Images

At the end of October, Russia and the United Arab Emirates signed an agreement on the exploration and use of outer space for peaceful purposes. This is not the first Russian-Emirati accord dedicated to the space sector. In 2018, Roscosmos struck an agreement with the Mohammed Bin Rashid Space Center allowing for the preparation and flight of the first UAE cosmonaut to the International Space Station. Finally in 2019, Roscosmos, the Russian Direct Investment Fund and investors from the UAE concluded a deal on the reconstruction of the Gagarin's Start, the launch pad at the Baikonur Cosmodrome that sent the pilot-cosmonaut Yuri Gagarin into space on April 12, 1961.

The quantity of agreements creates an impression of extremely close cooperation between Russia and the UAE in the field of space exploration. In Moscow, this narrative is actively promulgated by pro-government publications. Russian media draws attention to the military pilot Hazza Al Mansouri, who underwent a year's preparing at Yu. A. Gagarin Cosmonaut Training Center and visited the ISS as a space flight participant aboard the Soyuz MS-15 in September 2019.

Over the past two decades, the UAE has truly made some dramatic strides in the field of astronautics. Since the adoption of the space program in 2006, the Emirates launched a nationally assembled satellite, started the long-term Mars 2117 program, sent the first astronaut to the ISS and launched the Al-Amal probe into Mars orbit in February 2021. Given such ambitious pace, Abu Dhabi’s choice of partners is of great importance. That said, prospects of cooperation with Russia are not so rosy as it may appear at first sight.

A year after sending first UAE astronaut to the ISS, the Emirates chose NASA to continue the further training of their astronauts. A prospect of cooperation with Roscosmos in the field of cosmonaut training lives on, but this will depend on the operating life of the ISS and its national segments. The problem, though, is that with the end of the ISS, Russian manned space exploration will be interrupted for at least a decade with unclear prospects for reopening.

Furthermore, the widely publicized agreement on Emirati investments in Gagarin's Start, which has been undergoing modernization since 2019, is currently stalled. According to Kazakh officials (Russia leases the Baikonur complex from the republic), the UAE is delaying the signing of further documents on participation in the launch site reconstruction.

This problem was easy to foresee. The prospect of recoupment of the Emirati investments in Gagarin's Start was always rather illusory. As the scientific director of the Institute of Space Policy, Ivan Moiseev, noted back in 2018, the UAE can only be drawn into the project by commercial motives. Emirati investors can be offered some percentage of the income from this launch pad, but the number of launches from Baikonur is currently on the downward trajectory.

According to official reports, 2020 saw the number of space launches in Russia falling to a minimum in 12 years. The final result of 16 launches was three times lower than the plan announced by Roscosmos in December 2019 (at least 50 launches). Roscosmos’ revenue decreased 42 times in 2020.

Moreover, the number of accidents on used Russian systems has sharply increased in recent years. This is directly reflected in the increase in insurance for the launch of Russian missiles. And this is despite the competition that French company Arianespace and Elon Musk’s SpaceX create in the satellite launch market, as well as Indian, Chinese and Japanese providers.

Russian specialists and journalists are already accustomed to the fact that the grandiose plans for the country’s space exploration announced to the public are prone to delays or even suspensions. With such a serious crisis in Russia’s rocket and space industry, it is critically important not only to share competencies with Middle Eastern players who wish to gain knowledge for the subsequent independent development of space programs, but also to cooperate on projects for training cosmonauts. Equally important are projects pertaining to launching satellites, selling data and operating remote sensing satellites in interests of the customer.

Russia has thus taken up the promotion of its communication services in the Middle East-North Africa region based on its Express-AM satellites. The press voiced well-founded fears that the Kanopus-V satellite was created by Russia in the interests of Iran. The satellite should be launched on a Russian carrier rocket and can be used for military purposes. It has more advanced characteristics compared to the Iranian military satellite Noor.

Besides that, Russia is training cosmonauts from Saudi Arabia and is taking part in preparations for a joint manned space flight, but the details concerning this project are scarce. Back in 2018, an agreement was reached on the preparation of astronauts from Bahrain for a flight to the ISS in Russia, but preparations have not gone any further.

The future of Russian-Turkish cooperation in the space sector is also not cloudless. During the last meeting in Sochi between Russian President Vladimir Putin and his Turkish counterpart, Recep Tayyip Erdogan, the potential contribution of Russia to the ambitious Turkish space program was discussed. “There is a much more advanced space exploration proposal [besides the launch of a Turkish cosmonaut]. This is a proposal to create platforms on land and at sea and launch missiles from there,” Erdogan said at a briefing for Turkish media after his visit to Russia.

As things stand, however, the prospect of building a cosmodrome in Turkey appears unrealistic. The country is surrounded by densely populated countries on all sides, and it is inconvenient to launch rockets without affecting the interests of neighboring states. Ukraine retains a residual potential in the field of space technologies and could help Turkey launch its space program. Yet it does not have its own cosmodrome. Here, Russia can offer Turkey a number of options. One of them is the use of the Sea Launch floating platform, which is now owned by the Russian company S7 and can be easily transported. Yet this option has a number of limitations. The platform design provides for the operation of the Ukranian-made Zenit-3SL missiles, but those have not been produced since 2013. The Russian alternative to it — a Soyuz-5-based launch vehicle — is unlikely to appear in 2023.

Against this background, it is not surprising that Russia is actively resorting to diplomatic "spamming" — that is, rubber-stamping protocol agreements to imitate the development of cooperation in the field of space. A striking example is the agreement signed at the end of 2020 with Syria on the non-placement of the first weapons in space. In recent years, Russian diplomacy has signed similar agreements with dozens of countries like Sierra Leone, Guatemala, Burundi, Suriname, Cambodia and others that will never have such weapons. Russia explains this amusing process by the need to draw more participants into the development of norms for preventing the weaponization of space. Although there is a tendency toward the militarization of outer space, it is crucial to remind that no country is likely to have any combat space systems in the foreseeable future. The reason is not as much political as it is scientific. It is technologically impossible to do something that actually works in outer space all the time. 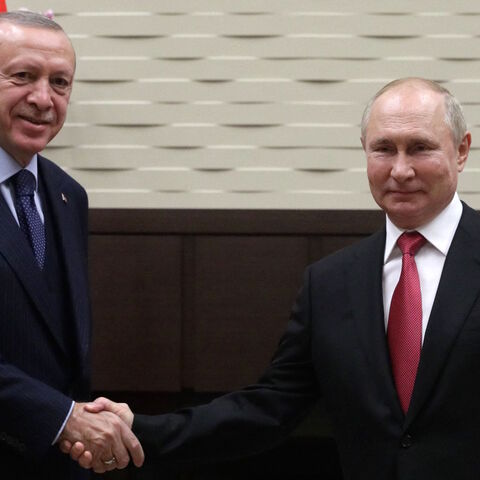