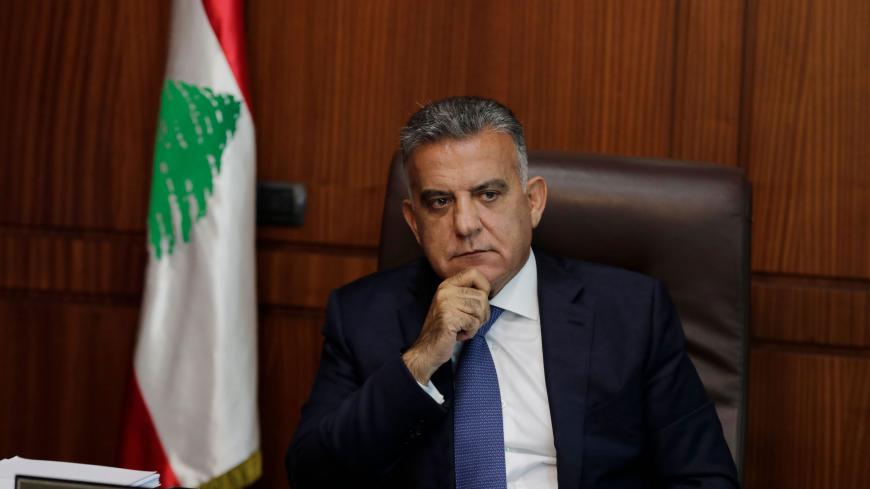 The influential head of Lebanese intelligence, Abbas Ibrahim, is pictured during an interview at his office in the capital Beirut on July 22, 2020. - ANWAR AMRO/AFP via Getty Images

The head of Lebanon’s intelligence directorate said in an interview on Saturday that he recently visited Damascus amid ongoing attempts to secure the release of Austin Tice, an American journalist believed to be held captive by the regime of Syrian President Bashar al-Assad.

The intelligence chief said Saturday that efforts to find answers about Tice’s situation will not stop. “I promised his mother that the issue of sanctions will not prevent me from completing her son’s case.”

The negotiations have included regime requests for sanctions relief and a potential handover of the al-Tanf garrison, a US special operations base on the Baghdad-Damascus highway that also shields some 8,000 Syrians who fled the country's near decade-long civil war, Newsweek reported last month.

Secretary of State Mike Pompeo threw cold water on that report, saying the US government will continue to work for the release of American hostages but would not change its Syria policy in order to do so.

O’Brien said in 2018 that he had “every reason to believe” that Tice was alive. If he is alive, proof thereof has not been made public. The last known video of the journalist and US Marine Corps veteran was released a month after his capture in Syria in 2012.

Last week, Patel was made chief of staff to newly appointed Acting Defense Secretary Christopher Miller in a last-minute purge of senior civilian leadership at the Pentagon by the Trump administration.

Patel most recently spearheaded negotiations that led to the release of some 250 Houthi captives stuck in Oman for the return of US citizens Sandra Loli and Mikael Gidada.