The Wall Street Journal first reported that Kash Patel traveled to Damascus in an effort to secure the release of Americans hostages including Austin Tice and Majd Kamalmaz. 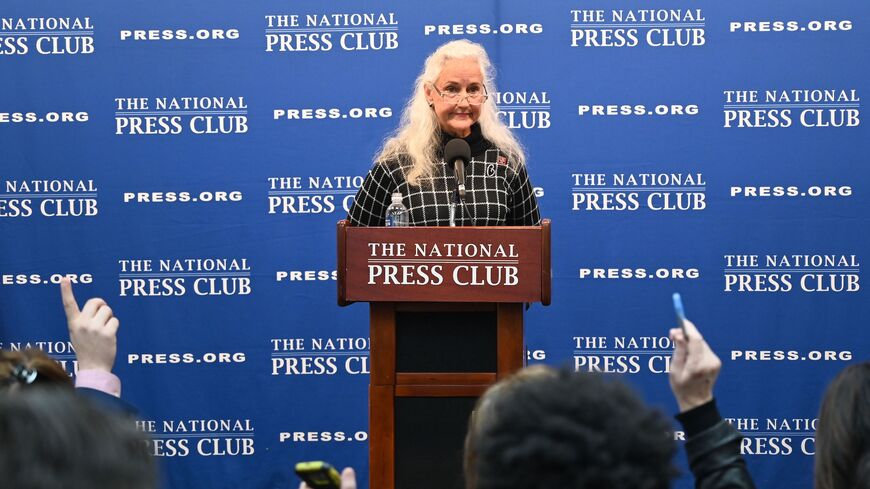 The White House reportedly sent a top counterterrorism official to Damascus for negotiations over the release of at least two Americans believed to be detained by the Syrian government.

The Wall Street Journal first reported on Sunday that Kash Patel, a deputy assistant to President Donald Trump and senior director for counterterrorism at the National Security Council, had traveled to Damascus earlier this year for talks with Syrian government officials.

The Journal reported that Patel was seeking the release of freelance journalist Austin Tice, who disappeared in 2012, and Majd Kamalmaz, an American psychotherapist missing in Syria since 2017. The two men are among a handful of Americans thought to be held in Syrian government prisons.

Neither the White House nor the State Department has so far confirmed reports of the meetings in Damascus.

Al-Monitor reported in March that Kamalmaz’ family had lost track of his whereabouts. His daughter Maryam Kamalmaz said their sources inside Syria had initially confirmed the 62-year-old was held in a prison but had since been moved to an undisclosed location.

The United States and Syria do not have diplomatic relations and rely on the Czech Republic as an intermediary. But during a March press briefing, Trump revealed he reached out to the Syrian government directly in a letter asking for cooperation on Tice.

Tice’s family has publicly urged the Trump administration to engage with the Syrian regime.

Marc and Debra Tice told Al-Monitor in August they believed the State Department’s “unyielding stance of non-engagement with Syria” was preventing their son’s safe return.

They cited John Bolton’s recent memoir, in which the former national security adviser said Trump had a “constant desire” to speak with Assad about the hostages but both Bolton and Secretary of State Mike Pompeo considered the plan “undesirable.”

On Monday, Syria’s semi-official Al-Watan newspaper appeared to confirm some of the Wall Street Journal’s reporting.

The paper said both Patel and special presidential envoy for hostage affairs Roger Cartstens traveled to Damascus earlier this year for a meeting with Syrian security chief Ali Mamlouk.

Ibrahim told the news outlet the purpose of his visit was to “work on releasing more hostages held in Iran and Syria.” Last year, he helped secure the release of Sam Goodwin, an American tourist who disappeared in Qamishli, Syria, and was held for two months.