What are supposed to be three-way talks on the Grand Ethiopian Renaissance Dam between Sudan, Egypt and Ethiopia took one more turn for the worse as Khartoum boycotted the last round of negotiations. 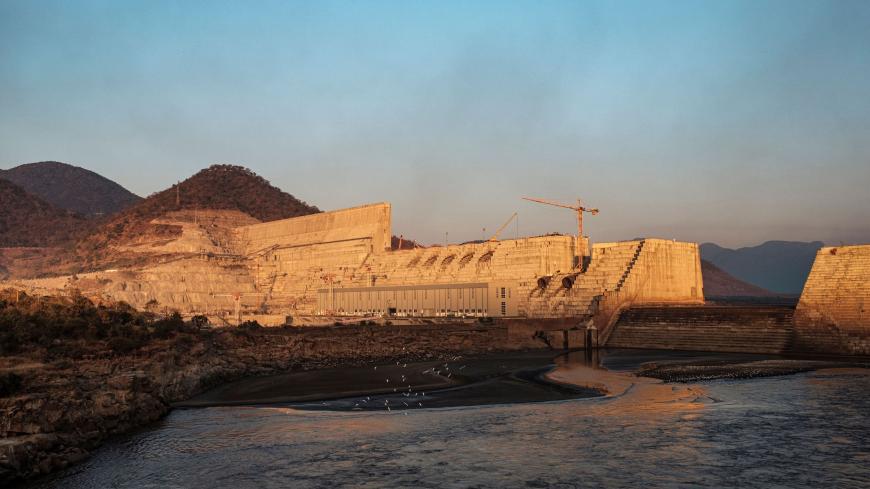 A general view of the Grand Ethiopian Renaissance Dam near Guba in Ethiopia, on Dec. 26, 2019. - EDUARDO SOTERAS/AFP via Getty Images

Sudan boycotted the latest round of negotiations with Egypt and Ethiopia on Nov. 21 over the controversial Ethiopian dam on the Nile River.

Sudan sees the talks as having failed to yield any results in recent rounds and is calling for there to be more reliance on African Union experts as part of the effort to bridge the gaps between the three countries.

The African Union has been sponsoring arduous but unsuccessful negotiations between the three parties since June 26, in the presence of experts from the United States, the World Bank and the European Union.

In a press statement Nov. 22, following an emergency meeting of Sudan’s Supreme Committee for the negotiations on the Grand Ethiopian Renaissance Dam, Sudanese Irrigation Minister Yasser Abbas said there is a need to change the negotiation methodology to make a breakthrough that would allow progress in talks. He added that Sudan continues to adhere to the African Union’s sponsorship of the negotiations but seeks a different methodology. This apparently has to do with a great reliance on African Union experts.

This was the first time that Sudan had skipped negotiations on the dam with Ethiopia and Egypt, which could further hinder the already stalled talks between the three countries; discussions have been ongoing for a decade now.

The current round of negotiations, which Sudan boycotted, kicked off Nov. 21 and were set to last for 10 days. The latest talks came as a result of a virtual meeting Nov. 19 between the foreign and irrigation ministers of the three countries, chaired by South African Foreign Minister Naledi Pandor, whose country currently heads the African Union.

Following the Nov. 19 meeting, Egypt and Sudan had different positions, disagreeing on the negotiations’ methodology. Egypt expressed its willingness to participate in the round that began Nov. 21. In a Nov. 19 statement, the Egyptian Foreign Ministry stressed the importance of resuming talks to reach a legal and binding agreement on filling and operating the dam in such a way as to preserve the common interests and water rights of the three countries.

Meanwhile, the Sudanese Irrigation and Water Resources Ministry considered Pandor's insistence on holding a new round of negotiations despite the reservations expressed by the Sudanese delegation as a clear procedural violation. In a Nov. 19 statement, the Sudanese ministry accused Egypt and Ethiopia of continuing to hold talks that proved futile and were leading to an impasse.

Ahmed al-Mufti, a former member of the Sudanese delegation to the dam negotiations and a Sudanese expert in international law, said on his Facebook page Nov. 21 that Sudan’s move to rely more on African Union experts shows that Sudanese negotiators are confident that the experts will make recommendations in Sudan’s favor.

Egyptian experts who spoke to Al-Monitor expressed concern that Ethiopia might take advantage of the dispute between Cairo and Khartoum to play for time and prolong negotiations, especially since Addis Ababa is currently facing unrest at home and teetering on the edge of a civil war threatening to tear the country apart. Ethiopia’s federal government, headed by Prime Minister Abiy Ahmed, has been embroiled in a conflict with the Tigray People's Liberation Front  in the north of the country, which has resulted in the death of hundreds of people. The United Nations has warned that some 200,000 people have been displaced.

On July 21, Ethiopia announced the first phase of filling the dam's reservoir with 4.9 billion cubic meters of water during the rainy season, which raised the ire of both Egypt and Sudan, which have been demanding that filling of the dam not begin until an agreement was reached. Ethiopia is seeking to complete the second phase of the dam filling by next year.

Cairo fears the potential negative impact of the filling on its annual share of Nile water, which it depends on to meet more than 95% of its freshwater needs. Some 85% of the Nile water originates from the Blue Nile, on which the dam is being built at a cost of $4.6 billion. For Addis Ababa, the dam is vital for developing its economy and fighting the rampant poverty in the country.

For Sudan, the dam is important to regulate the Blue Nile waters and to generate electricity for the country. Khartoum, however, wants guarantees involving dam safety and operations so that other Sudanese dams —  mainly the Roseires Dam, the largest in the country — are not negatively affected.

Other technical issues are also still pending, including the filling of the dam during drought years that witness less rainfall, which could mean less water released by Addis Ababa to the downstream countries.

Sudan and Egypt are also demanding that a legally binding agreement be reached to resolve any disputes that might arise between the three countries.

Abbas Sharaqi, a professor of geology and water resources at Cairo University, told Al-Monitor that the disagreement between Egypt and Sudan is not fundamental, but is rather related to procedural matters in conducting negotiations. He said it would be unlikely for Sudan to completely withdraw from the negotiations, while explaining that Egypt is reluctant to give the African Union's experts a greater role in the talks, using the argument that observers from the United States, the World Bank and the EU are more experienced in this field.

The three countries had failed Nov. 4 to agree on the role experts could play in the methodology and timetable of negotiations. Egypt, however, agrees with Sudan on the need to set a time limit for talks, according to Sharaqi.

Hani Raslan, the head of Sudan and Nile Basin studies department at Al-Ahram Center for Political and Strategic Studies, criticized Sudan’s decision to boycott the talks.

“The Sudanese minister of water resources and irrigation is contradicting himself as he previously refused to sign a draft agreement sponsored by Washington in February, in solidarity with the Ethiopian position,” Raslan told Al-Monitor.

At the request of Egypt, the United States tried to mediate the talks last year and early this year in Washington with the participation of the World Bank. The negotiations, which lasted four months, reached a stalemate in February when Egypt unilaterally signed a draft agreement on filling and operating the dam. Ethiopia did not attend the talks on the day of signing, and Sudan refrained from signing.

Raslan questioned the feasibility of granting a greater role to the African Union experts, saying, “African experts may be biased and they also might not be up to the required professional and scientific levels.”

“Sudan’s proposals will only serve the interest of Ethiopia, by going back to ground zero in the negotiations in terms of proposals, scenarios and formulations. This will allow Ethiopia to serve its interests only,” Raslan said. 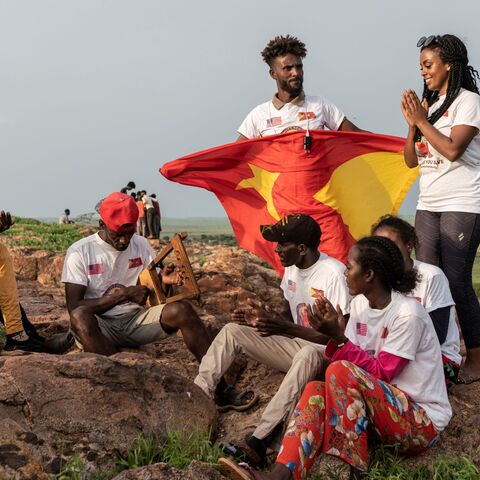 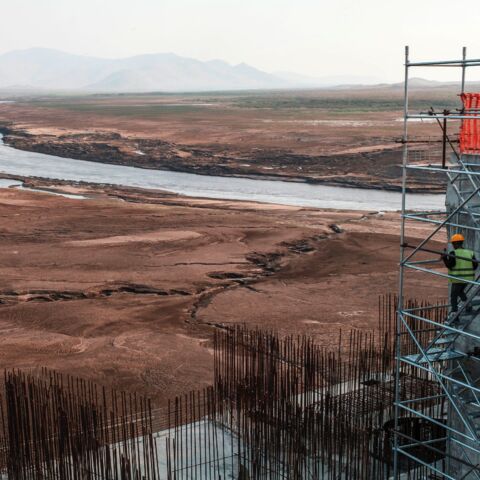 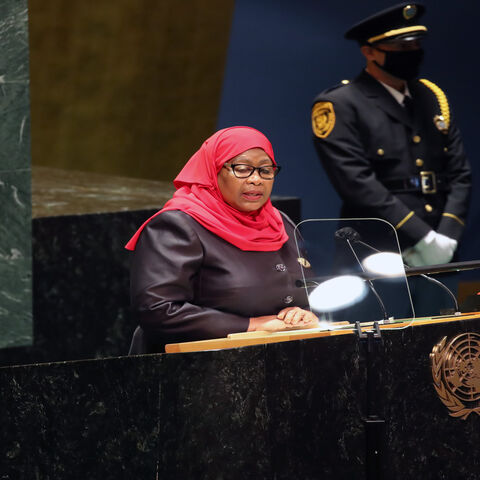