With negotiations over the Grand Ethiopian Renaissance Dam at a standstill, the European Union has offered its services as a mediator. 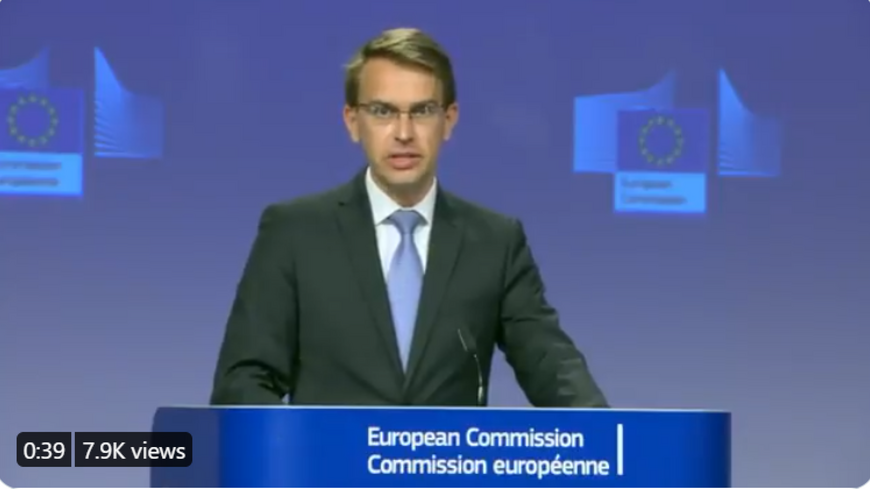 CAIRO — The European Union has expressed willingness to help mediate the crisis between Egypt, Sudan and Ethiopia over the Grand Ethiopian Renaissance Dam if the concerned parties request it, according to Al Arabiya.

Al Arabiya reported March 17 that it had received a statement from the EU noting its willingness to mediate.

And EU spokesman Peter Stano told Al-Monitor, “The EU is committed to supporting a positive outcome for the [dam] talks for all concerned countries. The EU is ready to provide more assistance and play a more active role if all parties support it.”

On March 15, the Sudanese government officially requested that United States, the European Union, the United Nations and the African Union (AU) mediate in disputes with Ethiopia over the dam, a proposal that was supported by Cairo but rejected by Ethiopia.

The African Union-brokered dam negotiations have been at a standstill since the last round on Jan. 10, which failed to reach a legally binding agreement for operating the dam. Meanwhile, on March 17, Ethiopian Irrigation Minister Seleshi Bekele said the second-phase filling will take place as scheduled in July; Sudan and Egypt are continuing to express their concern over this step.

Stano said, “With political courage and support from the international community, this conflict could turn into an opportunity for many people. We believe that the solution is within the reach of Ethiopia, Sudan and Egypt.”

Stano continued, “The EU is represented by the high representative and vice president of the European Commission, Josep Borrell. With his participation, he aims to support dialogue to find a solution beneficial to all parties, which would lay the foundation for stability in the region and open the door to foreign investments in energy, food security, and water security.”

Stano also said, “We are ready to work with colleagues in the international community to turn this conflict into a win-win solution, and we remain in frequent contact with all parties and continue our role as an observer in the AU-led talks, through the special representative of the EU for the Horn of Africa, Alexander Rondos. In addition, Borrell had the opportunity to discuss a number of related issues with Sudanese Prime Minister Abdalla Hamdok and Egyptian Foreign Minister Sameh Shoukry over the phone at the beginning of March, including how to move forward with regard to the [dam] negotiations.”

Stano added, “We share the sense of urgency in the need to find solutions and are fully aware of the time pressure on the negotiation process. We encourage all parties to resume negotiations and resolve outstanding issues. It is important to build trust, and dialogue is the key to finding a solution that will benefit all concerned parties. Now is the time for dialogue and action, not the time for increased tensions.”

He said, “Over 250 million citizens in the Blue Nile Basin will benefit from an agreement based on a negotiated arrangement" on filling the dam.

Since construction on the dam began 2011, Egypt and Sudan, the two downstream countries, have been striving to reach a binding legal agreement with Ethiopia, a source country, through negotiations on the rules for filling and operating the dam, within the framework of the Declaration of Principles signed by the three countries on March 23, 2015, in Khartoum, Sudan. The declaration stipulates fair and appropriate use, non-harm, cooperation and regional integration. Meanwhile, Egypt and Sudan are concerned of the dam’s impact on their shares of Nile water.

Egypt, which suffers from water scarcity, fears a decrease in its annual share of Nile water, which amounts to about 55.5 billion cubic meters, as a result of the Blue Nile dam. Meanwhile, Sudan worries that the dam will affect agriculture by removing silt, and that the decrease in the water level will affect fisheries.

Ethiopia says the dam is needed for its economic development by providing it and some nearby countries with large quantities of electricity.

Tarek Fahmy, a professor of politics at Cairo University, told Al-Monitor that the EU was called on to mediate "as part of Sudan’s proposal to have an international quartet play a mediator role in the negotiations, and this is why it has been present and aware of all the details of the crisis since the beginning. However, the main issue is linked to the stubborn Ethiopian stance, and its insistence on the AU being the only party in charge of the negotiations, which is an attempt to waste time in this critical period.”

Fahmy added, “It is great that the EU is showing a willingness to intervene in the crisis, but the international quartet would be the most comprehensive and most influential to prevent any Ethiopian impulse. On the other hand, the EU can exert pressure on Ethiopia by stopping any investment or aid provided by its donors until an agreement is reached between all parties involved.”

The EU withheld aid from Ethiopia earlier this year due to the Tigray region crisis; the volume of this aid was estimated at 88 million euros ($107 million), according to a Jan. 15 Reuters report.

Fahmy said, “The EU can help as well by issuing a statement in support of the negotiation mechanism that aims to reach a binding legal agreement according to a specific time frame and not only resuming negotiations in general.”

Former Egyptian Minister of Water Resources and Irrigation Mohamed Nasr Allam told Al-Monitor that the crisis lies in Ethiopia's constant refusal to involve any international party in the dam crisis and to only stick to the African Union as a sponsor of the negotiations. He said this is why the EU and the United States need to exert pressure to be included in the talks because, without such a move, the negotiations will be in vain.