Riyadh’s hosting of the annual summit has drawn criticism from a broad coalition of human rights groups. 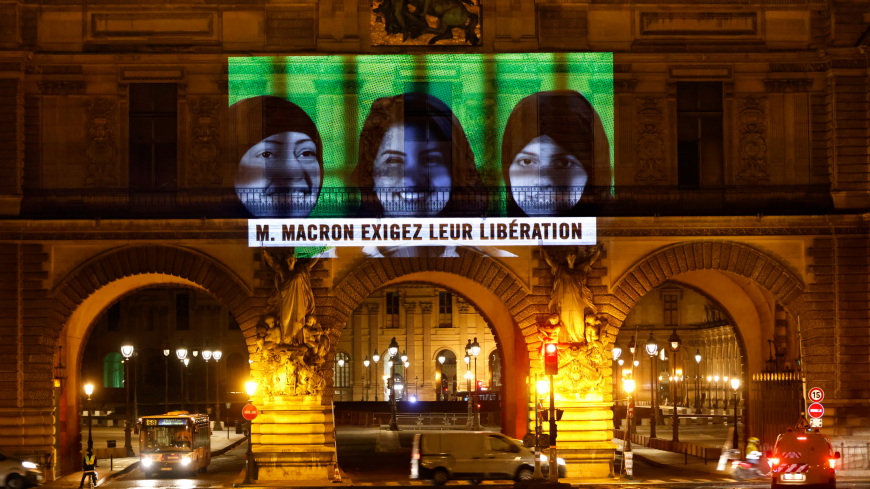 When world leaders gather virtually for the Group of 20 summit this weekend, they’ll do so despite a monthslong campaign from activists urging participants to boycott the annual event or risk sidelining calls to address Saudi Arabia’s abysmal human rights record.

For Saudi Arabia, the first Arab country to ever host the annual meeting of the world’s largest economies, the G-20 is an opportunity to showcase recent social and economic reforms. For human rights campaigners, it's a venue for attempted image-laundering.

“We see this as, quite frankly, another opportunity that they’re trying to use to legitimize their rule,” said Bethany Alhaidari, executive director at the Saudi American Justice Project.

A coalition of international and Saudi exile groups have sought to highlight the repression they say has escalated under crown prince and de facto ruler, Mohammed bin Salman. The organizations, along with family members of those killed or imprisoned in Saudi Arabia, have banded together to launch online petitions, virtual events and letter-writing campaigns geared at making human rights a part of the G-20 conversation.

No participant countries announced their withdrawal from the summit, but the recent activism appears to have paid off in other ways.

The mayors of New York, Los Angeles, London and Paris all boycotted the Urban 20 Summit, one of the summit's run-up events in October. An American delegate to the Women 20 Summit dropped out in solidarity with female activists in Saudi Arabia, and more than 220 civil society organizations refused to participate in the convening of the Civil 20.

Meanwhile, a chorus of lawmakers across Europe and the United States expressed their concerns over Riyadh’s G-20 chairmanship. Over 400 members of the European Parliament voted in favor of a resolution urging leaders to downgrade the EU’s diplomatic representation at the summit. In Congress, a group of 45 House Democrats issued a letter to Secretary of State Mike Pompeo calling on him to snub this year's G-20 if Saudi Arabia didn't first deliver on much-needed reforms.

“We’ve seen a broad rejection of the Saudi G-20,” said Sunjeev Bery, the executive director of rights group Freedom Forward. “It speaks to the incredible discontent that many officials have with their own governments’ relationships with this particularly brutal government.”

Bery, whose organization campaigns for the United States to sever ties with nondemocratic governments, called the recent advocacy “just the beginning” of a multiyear effort to amplify diverse voices within Saudi society and the exile community.

The Saudi Embassy in Washington did not respond to Al-Monitor’s request for comment. But Saudi Arabia’s ambassador to the United States on Wednesday slammed what she called an “inaccurate and distorted narrative” of the conservative Gulf country.

“Some critics still cling to outdated, outmoded, completely obsolete views of the kingdom,” said Princess Reema bint Bandar bin Sultan at a conference hosted by the National Council on US-Arab Relations. “Saudi Arabia takes a lot of heat and not just because we’re in a desert.”

The virtual summit comes two years after Jamal Khashoggi's murder thrust the kingdom’s human rights record back into the spotlight. A lack of meaningful accountability in Saudi Arabia spurred Khashoggi’s fiancee, Hatice Cengiz, to file a civil lawsuit in Washington last month against the crown prince and other Saudi officials accused of playing a role in the journalist's murder.

“Jamal is the most symbolic of how wrong it’s gone inside Saudi Arabia,” said Safa al Ahmad, acting director of the London-based ALQST for Human Rights. “They got away with murdering Jamal Khashoggi in their consulate and yet everybody is finding it acceptable to host the G-20."

“We are calling on Saudi Arabia to release, without any conditions, the rest of the women who are still in prison,” said Suad Abu-Dayyeh, a Middle East and North Africa consultant at Equality Now. “We will continue to fight until these women are out of prison.”

Their unconditional release is one the demands made by Saudi activists, academics and intellectuals who put out what they’re calling the “People’s Vision for Reform,” a play on the crown prince's “Vision 2030” plan to modernize the country. In separate development in September, a group of exiled dissidents has launched a Saudi opposition party aimed at challenging the royal family's rule.

The way critics of the Saudi monarchy have rallied around each other and are speaking out is unprecedented, said Alhaidari.

“I think we’re seeing a shift in the community and a lot of collaboration,” she said. “It’s the start of a new era in the Saudi human rights space.”