The Palestinian Authority is resuming cooperation with Israel, meaning the Oslo process may finally be back on track. 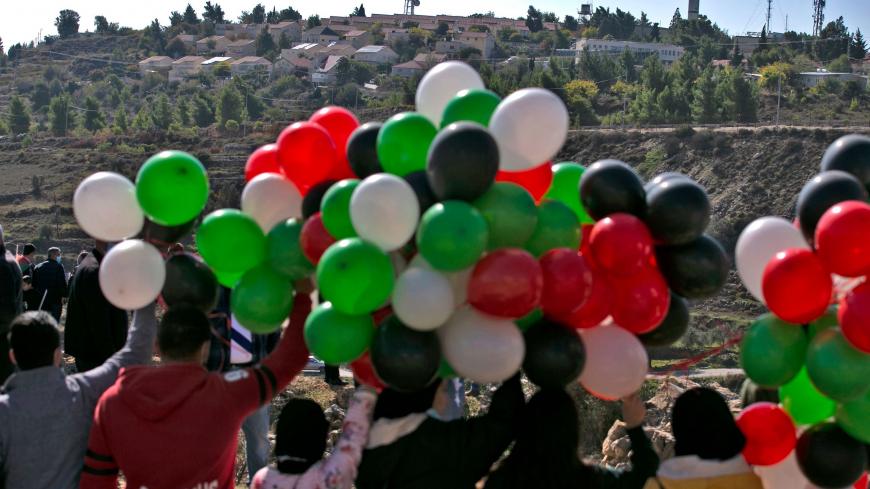 Palestinians demonstrate near the Israeli settlement of Psagot, built on the lands of the city of al-Bireh, against the visit by US Secretary of State Mike Pompeo on Nov. 18, 2020, in the occupied West Bank. - ABBAS MOMANI/AFP via Getty Images

The Palestinian-Israeli Declaration of Principles, commonly referred to as the Oslo Accords, is alive and well. That much was clear in a letter dated Nov. 17, Kamil Abu Rukun, the Israeli coordinator of government activities in the territories, to Hussein Sheikh, the Palestinian minister of civil affairs. Israel army officer Abu Rukun wrote, “The bilateral Israeli Palestinian agreements continue to form the applicable legal framework governing the conduct of the parties on financial and other matters.” The official also noted that Israel will continue to collect taxes on behalf of Palestinians, as stipulated in the Paris Economic Protocol of 1994.

The letter produced a surprise decision by the Palestinian leadership. Sheikh tweeted, “In light of the calls made by President [Mahmoud] Abbas regarding Israel's commitment to the bilateral signed agreements, & based on the official written and [verbal assurances] we received, confirming Israel's commitment to them … the relationship with #Israel will return to how it was.”

Hussein later said on Palestinian TV that Palestinians had been steadfast in their principles and as a result “defeated the deal of the century,” in a reference to US President Donald Trump’s vision for peace in the Middle East that includes the annexation of 30% of Palestinian territories.

Already the decision has brought a sigh of relief from many Palestinians who depend on their government. Civil servants who have been receiving portions of their salaries for months were promised their full wages. With the occupied Palestinian territories suffering extra due to the coronavirus pandemic, the money will certainly be a boost not only to the nearly bankrupt Palestinian government but to the overall Palestinian economy.

While the return to the status quo comes as a relief to many, some fear that it might blow up sensitive reconciliation talks ongoing in Cairo. Palestinian delegations from Fatah and Hamas had signaled they were nearing a resolution to their differences with the blessing and the guarantees of the Egyptian government. But the renewal of security coordination appears to have put a halt to these talks. Hamas has strongly denounced the return of cooperation with the “criminal Zionist occupiers.” Hamas said that the decision goes against all promises and agreements reached in the Sept. 3 summit of senior Palestinian leaders that took place in Ramallah and Beirut. The leftist Popular Front for the Liberation of Palestine (PFLP) also issued a strong statement against the move.

It is highly unlikely that either Hamas or the PFLP will quit the reconciliation talks entirely. Qatar recently stated that it will no longer provide cash to support Hamas in Gaza and the PFLP is dependent on Abbas for its stipends.

The sudden moves by the Palestinian leadership come at a moment when the US presidential elections have all but ended the most difficult four years of Palestinian political life during the Trump administration.

Although Palestinians are not naive enough to expect that President-elect Joe Biden will move quickly to pressure Israel, they are confident that the threat of annexation of Palestinian lands is no longer on the table and that when Biden takes office it will be difficult for Israel to continue its settlement expansion in direct violation of UNSC Resolution 2334, which was passed in the last days of the Barack Obama government.

If the return to the status quo does not interrupt the reconciliation talks and a general agreement that could lead to elections is reached, Abbas' defiance of the world’s only superpower will have paid off.