The question of who will take the helm of negotiations with Israel is particularly important with the election of Joe Biden and renewed prospects for talks. 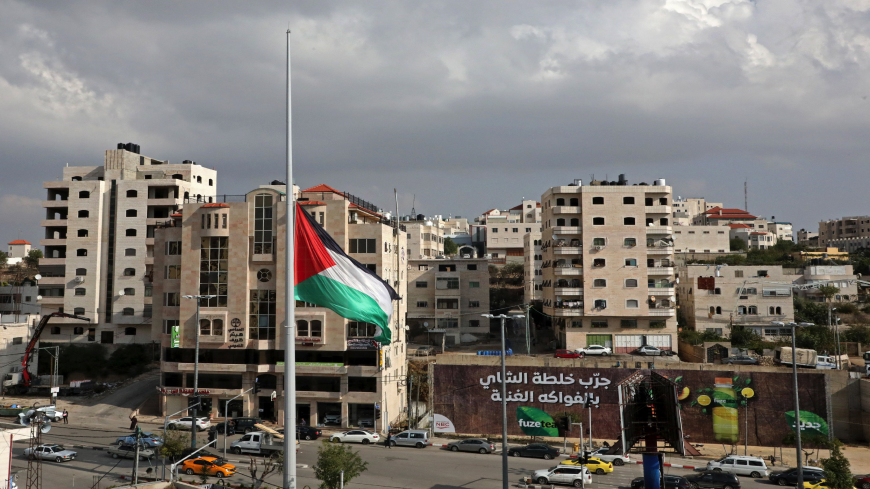 The national Palestinian flag flies at half-mast in the center of the West Bank city of Hebron on Nov. 10, 2020, in mourning over the death of Palestine Liberation Organization (PLO) secretary-general and chief negotiator, Saeb Erekat, who died earlier in the day of COVID-19 complications at the age of 65. - HAZEM BADER/AFP via Getty Images

The passing of senior Palestinian negotiator Saeb Erekat on Tuesday comes at a critical time, with the expected renewal of Palestinian-US talks that have been halted since December 2017 when US President Donald Trump decided to move the US Embassy from Tel Aviv to Jerusalem.

While Erekat held two important positions, the biggest loss for Palestinians will be the institutional memory that he had as the longtime chief negotiator. To his credit, he established the Negotiations Affairs Department, which could help fill the gap and update whoever replaces him.

Erekat was born in the Jerusalem neighborhood of Abu Dis in 1956 and is a graduate of San Francisco State University. He had become a feature in all external Palestinian relations as the chief negotiator as well as the secretary of the PLO’s Executive Committee.

Erekat, who had undergone a lung transplant in the US state of Virginia in October 2017, contracted the coronavirus in late October and, after a few days at his Jericho home, was taken by ambulance to Israel's Hadassah Medical Center on orders of his American doctors.

The position of secretary of the PLO's Executive Committee had always been filled by a Fatah cadre, usually a very close confidant of the chairman of the committee. Palestinian President Mahmoud Abbas had that position for years under Yasser Arafat, and Erekat was appointed to the position in July 2015 after Abbas was elected president following Arafat’s death.

The most likely person to inherit that position is Azzam al-Ahmad, the only other member of the Fatah on the PLO committee. Ahmad is also a member of the important Fatah Central Committee. Some analysts believe that Rawhi Fattouh, who was speaker of the Palestinian Legislative Council when Arafat died and became interim president for 60 days, is also a potential appointee to the position, which is usually held by a person whom the chairman of the PLO trusts. Fattouh has been seen publicly of late, while Ahmad’s stardom has faded. Fattouh was a member of the Fatah delegation headed by Fatah strongman Jibril Rajoub in Istanbul last August.

Although the PLO position will most certainly be filled by a senior Fatah official, the qualifications for the person to become chief negotiator are much more difficult to meet, as it also requires the trust of Abbas. While a number of individuals like PLO Executive Committee member Hanan Ashrawi or former Palestinian Ambassador to the UN Nasser al-Qudwa would qualify, neither are close to nor are trusted by Abbas. The more likely candidate for this position is Abbas’ current senior diplomatic adviser, Majdi al-Khaldi. Khaldi’s public profile has been raised recently as he has published op-eds and given interviews to major international media outlets, including Al-Monitor.

Erekat was a tireless defender of the Palestinian cause. Veteran Palestinian official Nabil Shaath described him to Al-Monitor as having the rare ability to be flexible and rigid at the same time. He has been the public face of Palestine for years. His first major public appearance was on ABC’s Nightline program during the first Palestinian intifada. He became a member of the Palestinian team under the leadership of Faisal Husseini, and as a registered (in Israeli terms) West Banker, he was allowed to attend the 1991 Madrid peace talks.

Husseini and Ashrawi, both Jerusalem residents, were part of the steering committee but were not allowed to physically attend the peace conference plenary meetings. Erekat attended the meeting with a huge keffiyeh stretched on his shoulders. His strong patriotic actions and rhetoric were also matched with moderate narratives and regular meetings with Israelis, including the Peres Peace Center, the Herzliya Forum and Peace Now events.

Erekat lived in a modest home in the city of Jericho and was elected as a member of the Palestinian Legislative Council representing his city. He held a number of senior positions in Palestinian governments and was a regular counterpart to most international visitors to Palestine.

Following his death, Abbas declared three days of mourning and called for flags to be flown at half-mast. He said the death of Erekat “represents a great loss” for Palestine. “Palestine today bids farewell to this patriotic leader and the great fighter who played a big role in raising the banner of Palestine high, [and who defended] the rights of our people and their national constants in all international forums and played a prominent role when he was a member of the Palestinian delegation at the Madrid conference for peace in 1991, [as] the minister of local government, and [in] his tireless work as chairman of the Negotiations Affairs Department of the PLO and [as] a member of the Palestinian Legislative Council for two consecutive terms, culminating in his tenure as a secretary and member of the PLO’s Executive Committee,” said Abbas, according to the official WAFA news agency.