Former Prime Minister and opposition figure Mir Hossein Mousavi and his wife have remained under house arrest since 2011. 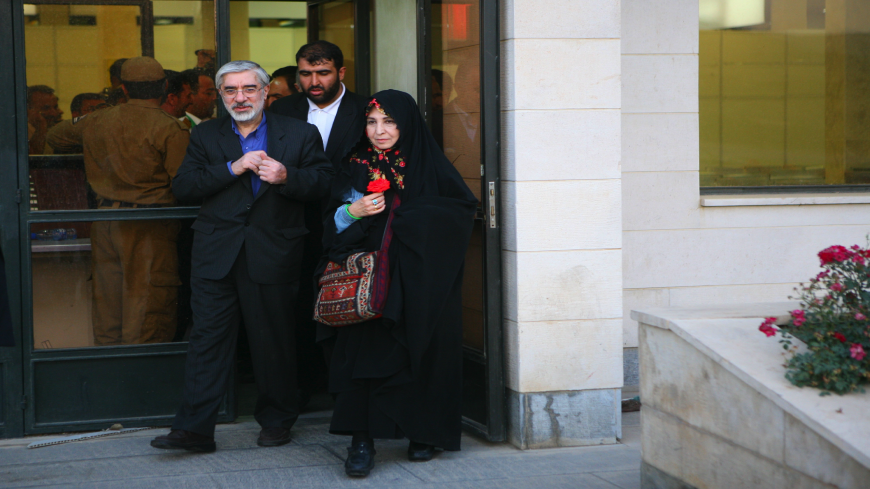 Mir Hossein Mousavi and his wife, Zahra Rahnavard, arrive at the airport on June 10, 2009, in Khoramabad, Iran. - Majid/Getty Images

Foremer Iranian Prime Minister and opposition figure Mir Hossein Mousavi and his wife have contracted COVID-19 while under house arrest, a pro-reform website reported on Sunday, as the country records a worrying uptick in new coronavirus cases.

Mousavi, 79, and activist Zahra Rahnavard "were examined by a doctor at their home … and their general state of health is good," said opposition website Kaleme.

Security forces put Mousavi and Rahnavard under house arrest nearly a decade ago following the mass protests across Iran known as the Green Movement. Mousavi ran a Reformist campaign to unseat incumbent president Mahmoud Ahmadinejad, whose reelection sparked the country’s biggest unrest since the 1979 Islamic Revolution.

Former Reformist candidate Mehdi Karroubi was also placed under house arrest in 2011. Iran’s current president, Hassan Rouhani, has since failed to deliver on pledges made during his 2013 and 2017 campaigns to end the trio’s arbitrary detention.

It’s unclear when Mousavi and Rahnavard contracted the coronavirus, but it’s believed they are allowed visits at their home from a limited number of relatives and other guests.

Iran is still grappling with the worst coronavirus outbreak in the Middle East. On Monday, the Health Ministry reported the death toll was nearing 42,000 and total cases had surpassed 775,100 since the country’s initial outbreak in February.

The capital, Tehran, in particular, has seen an alarming number of new cases. On Sunday, head of the Tehran City Council chairman Mohsen Hashemi warned the death count in the city was on track to reach 1,000 per day.

Rouhani said a surge in infections left the government with no choice but to impose another round of sweeping restrictions on nonessential activities. On Sunday, he called for “the general mobilization of the nation and the government” to combat an approaching third wave of the virus.

For two weeks beginning Saturday, businesses in Tehran and roughly 100 other high-risk cities must close their doors. Only health centers, grocery stores and other essential services can remain open.