Malawi to open embassy in Jerusalem

The southeastern African state follows several other countries in placing its embassy to Israel in the holy city. 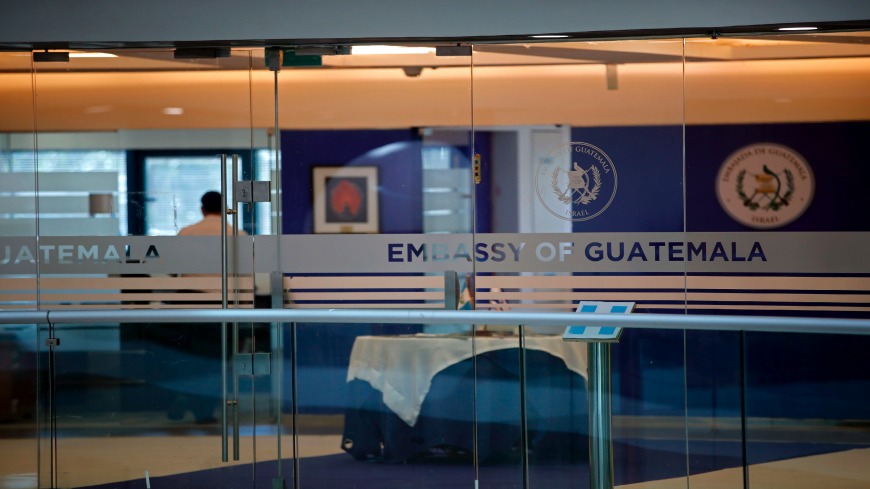 A picture taken on Sept. 6, 2018, shows the entrance of Guatemala's embassy in Jerusalem. Guatemala inaugurated its Israel embassy in Jerusalem on May 15, 2018, becoming the first country to follow in the footsteps of the United States' deeply controversial move, breaking with decades of international consensus.

Malawi will reportedly open an embassy to Israel in Jerusalem. The southeastern African state is the latest in a string of countries to place their embassies in the religiously significant and disputed city after the United States did so.

Malawian Foreign Minister Eisenhower Mkaka announced the decision on a trip to Israel on Tuesday. The embassy will officially open in Jerusalem by summer 2021, Reuters reported. Malawi will be the first African state to have its embassy to Israel in the city. The country does not currently have an embassy in Israel.

Most countries recognize Tel Aviv as the capital of Israel and therefore have their embassies there. Israel and the State of Palestine both claim Jerusalem as their capital, however. In 2018, the United States moved its embassy to Jerusalem after recognizing the city as Israel’s capital.

As of now, only the US and Guatemalan embassies are operating in Jerusalem.

Jerusalem contains holy sites for Jews, Christians and Muslims. Most of the inhabitants are Israeli Jews and Palestinian Muslims, though there is also a Christian population. Around 78% of Malawi's population is Christian, although there is a sizable segment of Sunni Muslims in the country's south.

Israel took control of east Jerusalem, which includes these holy sites, from Jordan during the 1967 war. Many countries continue to recognize Israel’s pre-1967 lines, but this is now changing, as is evidenced by Malawi’s decision.

Israeli officials rejoiced at the news from Malawi.

“Thank you, Malawi, for recognizing the historic truth that Jerusalem is the eternal capital of the Jewish people & the State of Israel,” Israel’s UN Ambassador Gilad Erdan said in a tweet.